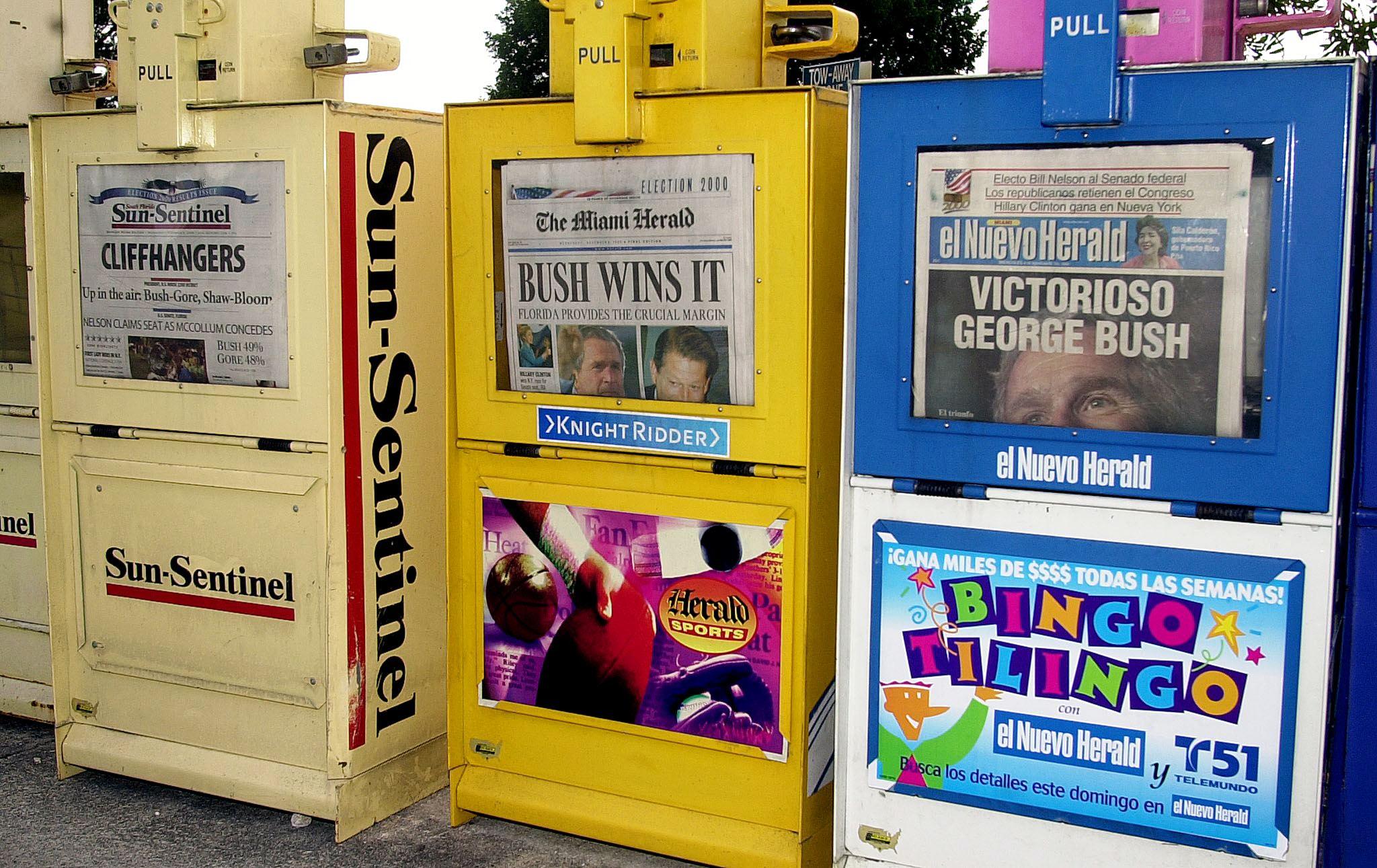 McClatchy, the second-largest newspaper group in the United States, is filing for bankruptcy. The publisher — which owns 30 newspapers around the country, including The Miami Herald and The Kansas City Star — is not going out of business, however.

McClatchy’s Chapter 11 plan, if approved, will cede control of the company to Chatham Asset Management, making it the latest newspaper chain to be taken over by a hedge fund or a private equity firm as local newspapers have struggled to survive due in part to dwindling ad revenue.

GateHouse Media, which merged with Gannett in November to become the largest American newspaper chain, is managed by the private equity firm Fortress Investment Group and buoyed by a $1.8 billion loan from Apollo Global Management. The new company, called Gannett, immediately began laying off journalists after the merger.

Meanwhile, Alden Global Capital, known for aggressively gutting newsrooms, has been expanding its footprint in the news industry. In November, Alden — which owns The Denver Post and The Boston Herald, among several other papers — acquired a 32 percent stake in Tribune Publishing and has since exerted its influence on the board. It bought a stake in another newspaper chain, Lee Enterprises, at the end of January, and last week purchased a group of community newspapers in Minnesota.

Such cost-cutting has become more prevalent as private equity has exerted its control over the newspaper industry — a trend that also extends to other areas of the economy.

It remains to be seen, of course, what Chatham’s stewardship of McClatchy will look like. Chatham also has controlling stakes in the Canadian newspaper chain Postmedia, which publishes The National Post, and American Media, Inc., which owns the National Enquirer. (A deal to sell the Enquirer to Hudson News heir James Cohen, announced last spring, has not yet gone through, according to The New York Post’s Keith Kelly.)

“As a supportive investor in McClatchy since 2009, Chatham is committed to preserving independent journalism and newsroom jobs,” a spokesperson for Chatham, which is based in New Jersey, said in a statement to Mediaite. “We look forward to working with the company in the best interests of all stakeholders.”

According to the media analyst Ken Doctor, Chatham’s imminent acquisition of McClatchy represents, if nothing else, a period of “momentary stability” for the newspaper company, which will now be operating with “a much cleaner balance sheet.”

But looming ahead, Doctor told Mediaite, is the question of whether Chatham will choose to maintain McClatchy as a standalone, privately held operation or if it will look for a partner, such as Tribune or Gannett, to merge with. Chatham has shown some commitment to digital investment, Doctor said, but “whether it’s going to be sufficient to turn that business around is another question.”

Journalists and union representatives in Chatham’s orbit are eyeing the impending takeover with caution.

“We have seen that hedge funds do not care about the long-term success of local news publications,” Jon Schleuss, president of the NewsGuild — which represents McClatchy papers including The Miami Herald, The Sacramento Bee and The Lexington Herald-Leader — told Mediaite in an email.

“I am very concerned about the continued financialization of the news industry,” he added. “It’s not the path to a healthy, robust democracy and our union will fight with every tool we have.”

Have a tip we should know? [email protected]