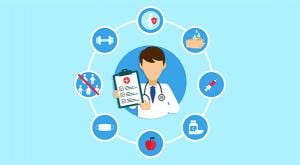 As you may already know, last night President Trump phoned in an interview to Hannity and brazenly disagreed with the World Health Organization about the fatality rate of the latest global health threat, the COVID-19 virus. Viewing the appearance of the Coronavirus as more of a public relations issue than as a matter of public health, Trump takes personally any negative talk about American preparedness for dealing with the current spread of the disease.

You can look at the numbers yourself. As of this writing, there have been over 3,300 fatalities worldwide out of just under 100,000 confirmed cases, putting the fatality rate at around 3.4%. That’s exactly 34 times more lethal than influenza (.1% fatality) and with an incubation period of up to 2 weeks rather than a couple of days, it spreads farther and faster than most strains of the flu. Yet some in Trump’s circles continue to speak about it as if it’s no worse than a normal flu or even the common cold.

Speaking to one of the FOX News personalities who have become his de facto communications department in the absence of proper White House press briefings (next Wednesday will mark an entire year without one), Trump said this:

I think 3.4% is really a false number. This is just my hunch, but based on a lot of conversations with a lot of people that do this because a lot of people will have this and it’s very mild. They get better very rapidly. They don’t even see a doctor…Personally, I would say the number is way under 1%.

Again, you can see the numbers for yourself being tracked in real time.

Giving the president the benefit of the doubt, deserved or not, I can see the internal logic at work in his statement. Since a whole lot of people get sick and just decide to ride it out, never consulting with their doctor or any other medical professional, the number of actual cases is always much higher than those which are confirmed. And since the death rate is calculated using the number we actually know, in his own convoluted way he is correct.

Except that’s not how fatality rates are calculated, and I doubt he even cares. What do career epidemiologists know, anyway, amirite? What matters most to Trump is public perception, and he doesn’t want people to think he doesn’t have everything under control. I’ll spare you my feelings about that today and get to the thing this still-developing nightmare drove home to me today.

A friend on social media today encouraged those in his feed to take anything Trump says about public health with a grain of salt. I decided to reinforce his point by reminding everyone how the president eschews exercise because he believes you’re born with only a limited supply of strength and energy, and exercise would deplete that supply permanently.

Just so you know, that’s not how it works. It also reminds me of that incoherent rant the general launched into while crouched under a table in Dr. Strangelove, insisting that women want to steal his “essence” from him through carnal relations, making him weaker. But I digress.

I left a comment referencing Trump’s bizarre exercise theory but then came back and dropped a second comment with a link backing up what I said. I could have used any one of several articles available through a quick google search, each piece featuring embedded links to their original sources so that people could see they weren’t just making this up. That’s how journalism works, you know.

But my friend soon lamented that we are living in a post-factual world, where people so strongly distrust anyone who disagrees with them that they can no longer accept any information from them on any matter at all. Think of it as the opposite of the halo effect, which some have termed the horn effect. And the thing is…he’s not wrong.

People conditioned by FOX News to view opinion programs as if they were legitimate sources of news have lost their appetite for impartial evidence, backing things up by citing sources that can be sussed out by the viewers. Who has time for that, anyway, right?

In an increasingly global civilization, the world is becoming such a big, busy place that staying informed can feel like trying to sip water from a fire hydrant. It’s much easier to just trust a handful of people to tell you what to think about everything and just run with that. People have better things to do, evidently, than fact-checking their favorite sources of news.

So why do I bother? Why do I hunt down all my sources like this, knowing they’ll just ignore them or dismiss them because they don’t come from the right team? Why spend any time at all arguing with people on social media about subjects over which I know we will never agree?

The answer is: I’m doing it for me.

I need this myself because I am constantly treading water in an ocean of misinformation, and for my own sanity I need to rehearse the reasons why I think the things that I think and believe the things that I believe.

Back in my church days, I was told that you should “preach the gospel to yourself daily,” meaning that we should remind ourselves every day of all the many ways we suck and therefore still need someone to save us from ourselves. Evangelical author Jerry Bridges originally borrowed this saying from Jack Miller, but you hear it as often now from popular Reformed writers and preachers like John Piper who positively adore draconian exhortations like this. Calvinism does nothing if it doesn’t teach you to enjoy beating yourself up for being a steaming pile of sh**.

But here’s the funny thing about becoming a skeptic: Those of us who call ourselves “freethinkers” distrust human perception almost as much as evangelical Christians do, only we feel we have a better way out of our condition. We look to evidence-based argumentation and critical thinking skills for salvation from our own peculiar biases rather than to an ancient religious text compiled by preachers from highly insular subcultures born in a patriarchal, pre-scientific era.

Related: “What Will Save Us from Our Own Subjectivity?“

In other words, good skeptics preach the scientific method to themselves daily, reminding ourselves on a constant basis that we can be wrong—and probably are on quite a number of things.

Actually we love being proven wrong because it means we just learned something new. Someone just helped us identify an error in our perception and for that we should be forever grateful. If you are skepticking right, you yourself can become that person because you keep disciplining yourself to back up what you say with traceable sources…and you keep doing it whether or not it changes anyone else’s mind. Why? Because you need to check yourself at least as often as you check everyone else.

That’s the kind of virtue that the nonreligious celebrate, and I would argue the world would become a better place if we learned to value that over believing-things-easily without even putting up a fight. The way I see it, credulity is not a strength, it’s a vulnerability. We should have higher standards for evidence whenever discussing contentious matters with people who disagree with each other, and that goes double when we’re talking about public health or any other matters of life and death.

And lest you suspect that questioning things this compulsively opens our minds so wide that our brains fall out, the irony is that as we practice this, we grow in both humility and confidence at the same time. When we keep reminding ourselves how little we really know, it produces in us the kind of epistemological humility that we need in order not to think too highly of ourselves while also assuring us that the things we do know have been checked and re-checked from so many angles and perspectives that our own personal biases have been reduced to their least possible impact.

That’s what “know thyself” ultimately means. It means first you learn to see your own biases, and then you work tirelessly to see beyond them. The good news—the better gospel, if you will—is that unlike religion, this allows you to embrace reality as it really is instead of always trying to escape it.

If you’re new to Godless In Dixie, be sure to check out The Beginner’s Guide for 200+ links categorized topically on a single page.

And if you like what you read on Godless in Dixie, please consider sponsoring me on Patreon, or else you can give via Paypal to help me keep doing what I’m doing. Every bit helps, and is greatly appreciated.