Rajkot: Test specialist Cheteshwar Pujara will play for Saurashtra in their Ranji Trophy final against Bengal, it was confirmed on Saturday. 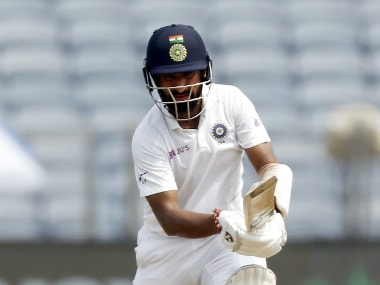 The summit clash will he held at the SCA stadium in Khandheri from Monday. The stadium would be hosting the Ranji Trophy final for the first-time.

Pujara, who has played a 77 tests, will turn up for the hosts after a forgettable tour of New Zealand where the Indian batsmen were found in testing conditions.

Pujara made 100 runs in four innings in New Zealand with scores of 11 and 11 at Wellington and 54 and 24 at Christchurch.

The 17-member squad, led by star pacer Jaydev Unadkat, was announced by Saurashtra Cricket Association (SCA) on Saturday. After the win over Gujarat in the semifinals, Unadkat had revealed that he was in constant touch with Pujara, who was in New Zealand.

The SCA had also wanted Ravindra Jadeja to feature in the final but the BCCI turned down its request saying “national duty” comes first. Jadeja is expected to be in the India squad for the three ODIs against South Africa, beginning in Dharamsala on March 12.

PIERS MORGAN: Put your toys back in the stroller and admit defeat, Mr President