Mumbai: Some Indian athletes have joined the clamour for the Tokyo Olympics to be postponed because they have no access to training facilities, which are under lockdown to arrest the spread of the coronavirus pandemic.

Calls from athletes and federations for a delay in the Games, which is scheduled to run from 24 July to 9 August, have intensified as the flu-like virus has brought sport to a grinding halt across the world. 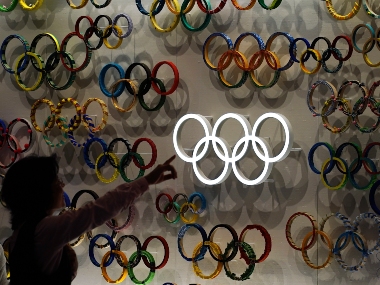 Countries have sealed borders and enforced lockdowns to fight the pandemic, which has killed around 13,000 people since surfacing in China at the end of last year.

“As an athlete, I obviously want the Olympics to happen but it should not happen,” local media quoted India’s veteran table tennis player Sharath Kamal as telling Press Trust of India.

“The epicentre of the virus will keep changing, first it was China, now it is Italy and Iran too is badly affected in Asia. I don’t see the scenario being safe for the Olympics to start on time.

“Everyone is talking about social distancing but it is one thing which won’t be possible at the Olympics. Thousands of athletes would be staying in the same village.”

The International Olympic Committee (IOC) and Tokyo 2020 organisers insist the 24 July 24 9 August event will go ahead as planned despite the massive spread of the virus.

The Sport and Rights Alliance and the World Players Association have urged organisers to review their plans of going ahead with the Games and ensure regular dialogue with the athletes.

The Indian Olympic Association admitted the athletes’ preparations for Tokyo have been severely impacted but hoped it would prove to be a temporary blip.

“Coronavirus has already been controlled in China, where it was massive, and we are confident things will come under control in the next two months,” IOA secretary general Rajeev Mehta told Reuters by phone.

“We are expecting the IOC to organise the Olympics during its scheduled dates. We will go by what the IOC decides. If the IOC says the Olympics will go on, we will have to participate.”

Former doubles number one in women’s tennis, Sania Mirza, said she would abide by the IOC’s decision on the fate of the Games.

Multiple tennis doubles Grand Slam winner Mahesh Bhupathi, however, feels delaying the Olympics was the only option in the present scenario.

“Olympics is all about having the best of the best competing for the highest prize in sport and in today’s scenario where the world is locked down and the training facilities are all shut, that cannot be a reality,” the 45-year-old said in a message.

“So in my opinion pushing it to next summer is the only solution, while it’s not ideal for all parties, it’s probably the only logical solution in the current scenario.”

Toll exemption to defence personnel only if they are travelling on duty, says NHAI