This is the terrifying moment three thugs stormed a pub and threatened punters playing pokies before stealing cash from the till.

The group were armed with shotguns and a sawn-off rifle and wore covers over their faces with hats, glasses and gloves.

They threatened a security guard at the door before storming the boozer, with one man pointing a gun at six people playing poker machines as another jumped the counter to steal money from the till. 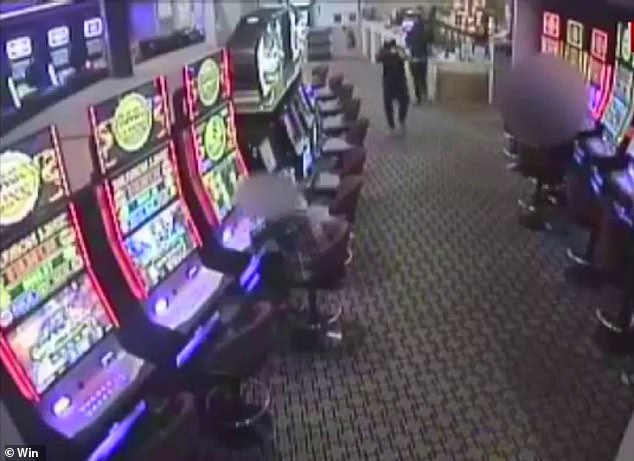 The horrifying ordeal lasted less than a minute before the thieves fled in a black Mitsubishi sedan, that police believe was stolen.

‘We believe the offenders have gained the use of this particular vehicle unbeknownst to the registered owner and committed the offence,’ Detective Sergeant Chris Eaton told Win News.

No arrests have been made following the robbery, with the threatened staff and patrons still shaken almost six months after the incident.

‘We can’t discount the psychological effect that these sort of offences have on people,’ Mr Eaton said. 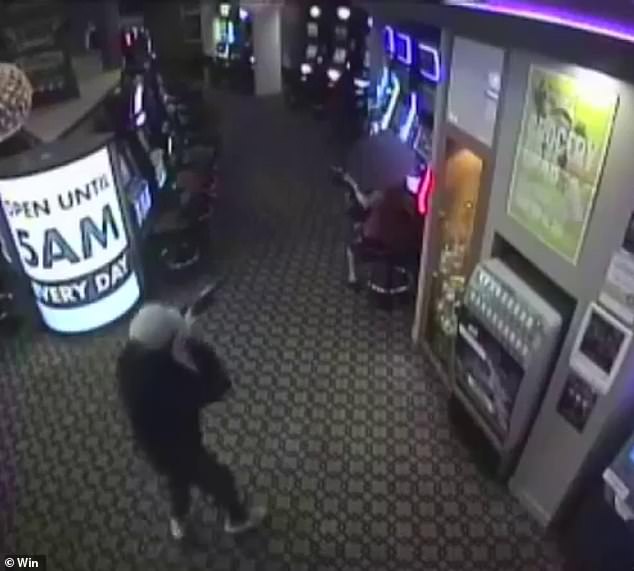 After threatening patrons, the offenders fled with money from the till in what police believe is a stolen car. No arrests have been made

Detectives are using the new footage in their investigation and are interested in pursuing the patrons who were in the pub at the time of the offence.

‘Often we’ll find that it’s a bit of a rogues gallery of people in a licensed premises at quarter to five in the morning, so there are some lines of inquiry that we are actively following up,’ Mr Eaton said.

Sunshine Coast police have appealed for anyone with information on the robbery to come forward.

Why the Trump Administration is wrong on Libya