Senator Tom Cotton has returned to the pages of the New York Times, running an ad bashing Joe Biden a week after his op-ed calling for the military to crack down on riots caused newsroom uproar.

The new ad from Cotton’s affiliated political action committee appeared on the politics section of the Times website this week, targeting Biden as ‘too confused to lead.’

‘While we were concerned that the woke mob would stifle debate, it’s admirable that the New York Times will run these ads from Senator Cotton’s PAC,’ an adviser to the Arkansas Republican told the Washington Free Beacon.

The adviser added that that the senator and his team are ‘grateful to the New York Times for sharing Cotton’s message. 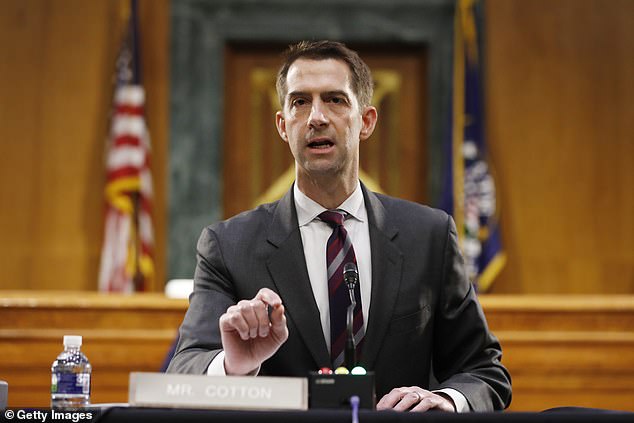 Senator Tom Cotton has returned to the pages of the New York Times, running an ad bashing Joe Biden after the publication was thrown into uproar by his op-ed 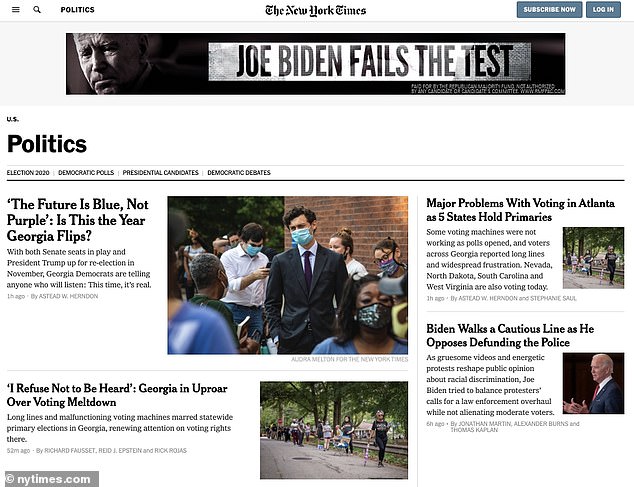 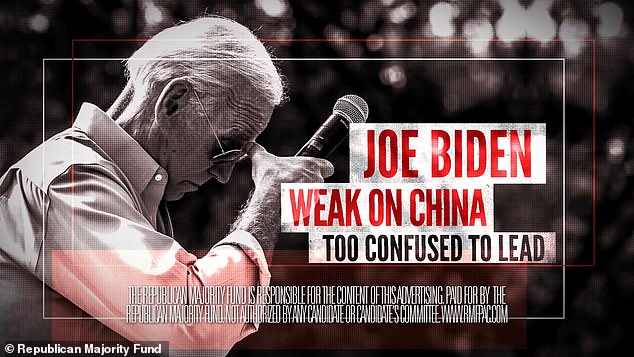 The ad campaign bashes Biden as ‘too confused to lead’

Senate Majority Leader Mitch McConnell delivered a scathing criticism of the Times and its decision to apologize for publishing the op-ed after backlash from journalists in its own newsroom.

‘One of our nation’s most storied newspapers just had its intellectual independence challenged by an angry mob, and they folded like a house of cards,’ McConnell said in a Senate floor speech on Wednesday.

The New York Times had come under fire after it published an Cotton’s op-ed on June 3, titled ‘Send in the Troops.’ 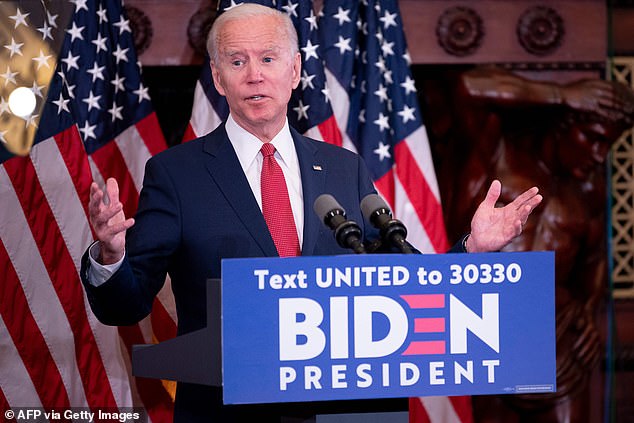 Former vice president and Democratic presidential candidate Joe Biden speaks about the unrest across the country from Philadelphia City Hall on June 2, 2020, in Philadelphia 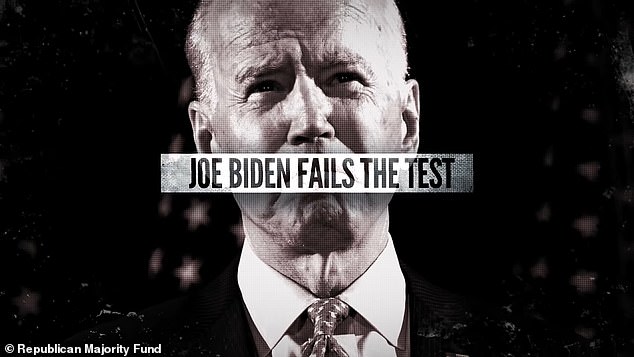 ‘While we were concerned that the woke mob would stifle debate, it’s admirable that the New York Times will run these ads from Senator Cotton’s PAC,’ an adviser to Cotton said

Cotton wrote that an ‘overwhelming show of force’ would restore order after protests spread across the country, some of which turned violent.

Bennet and a representative for Cotton could not be reached for comment.

The column drew criticism from inside and outside the New York Times newsroom as some readers and journalists interpreted the column as advocating actions that would put protesters and reporters in danger.

‘I believe in the principle of openness to a range of opinions, even those we may disagree with, and this piece was published in that spirit,’ he said in an email to the staff on Thursday, according to a New York Times account. 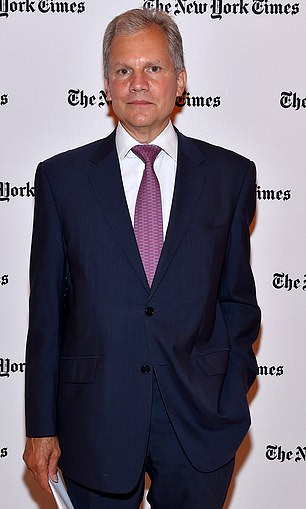 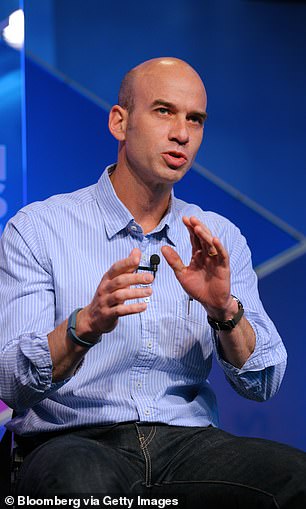 The article was initially defended by publisher AG Sulzberger (left) who said the paper aimed to share ‘views from across the spectrum’. The newspaper’s opinion page editor James Bennet (right) also defended the decision to publish. ‘To me, debating influential ideas openly, rather than letting them go unchallenged, is far more likely to help society reach the right answers,’ he said 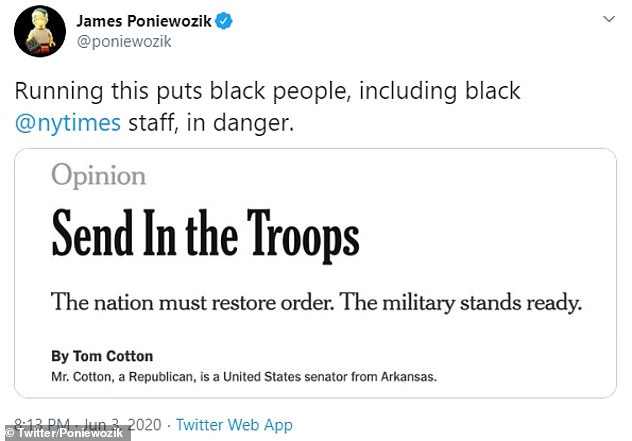 By Sunday, Sulzberger said in a note sent to staff that was seen by Reuters: ‘Last week we saw a significant breakdown in our editing processes, not the first we´ve experienced in recent years.’

The protests for racial justice first erupted 13 days ago after video footage emerged showing George Floyd, a 46-year old unarmed black man in handcuffs, lying face down on a Minneapolis street on May 25 as a white police officer knelt on his neck for nearly nine minutes.

Bennet will be replaced by Katie Kingsbury. Bennet had been the editorial page editor since 2016. He had helped expand the range of voices the paper published and explore new formats, according to Sulzberger’s note sent to staff.

Before joining the New York Times as an editor, Bennet was the editor-in-chief of news magazine The Atlantic. He was in the running for the top job at The New York Times when Executive Editor Dean Baquet steps down, according to newsroom sources.