By Lauren Edmonds For Dailymail.com

Bustling traffic on a New York City street was brought to a standstill so a mother duck and her two ducklings could cross the road to Central Park.

Footage taken Thursday shows the adorable duck family huddled together on a Manhattan sidewalk while New York Rep. Kathleen Rice and four others try to coax them towards the road.

‘This way, this way, come!’ one woman says to the ducks. 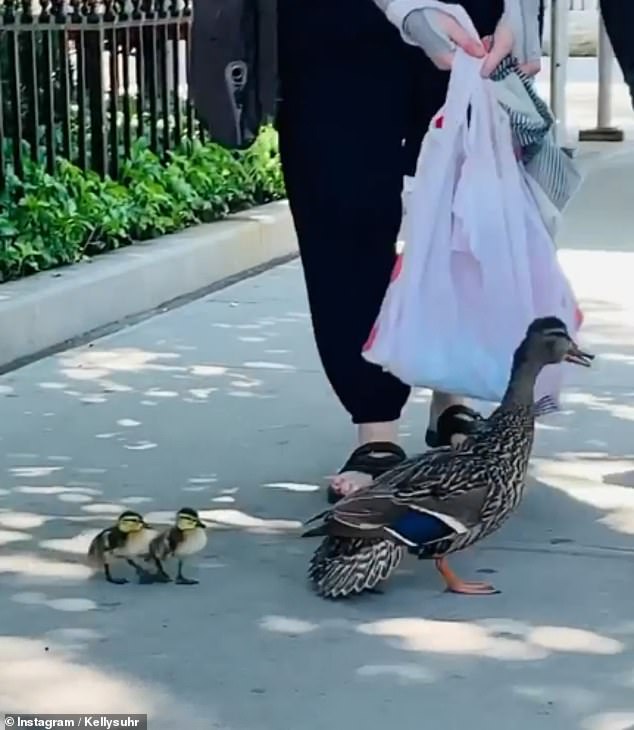 It appears the mother duck and her two ducklings were trying to reach their home in Central Park, but wandered too far away and got stuck on the other side of the road.

As the ducks prepare to cross the hectic rush hour traffic, at least four people rush into the roadway with them.

‘Let’s get them into the street first and I’ll help,’ one woman says. 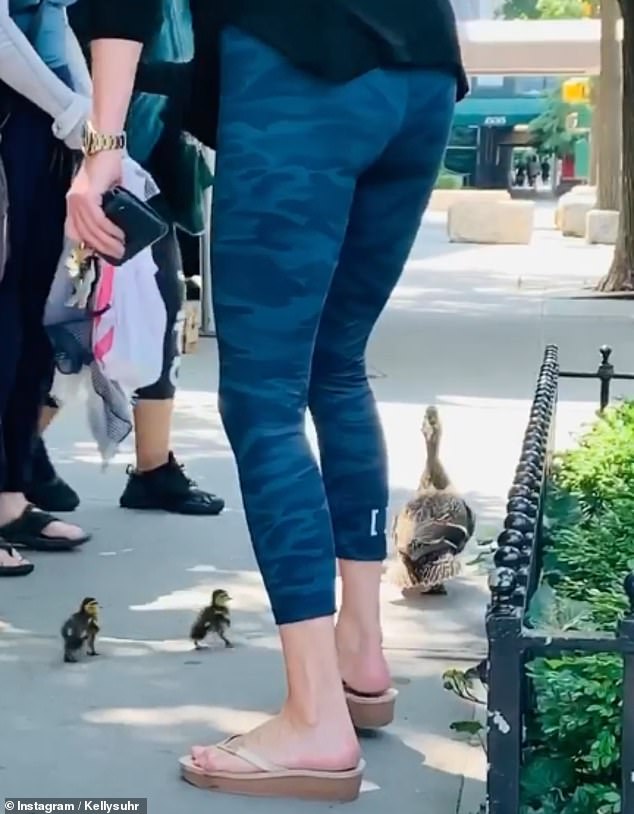 The group of Good Samaritans, including NY Rep. Kathleen Rice, coaxed the duck family off of the sidewalk and followed them into the roadway 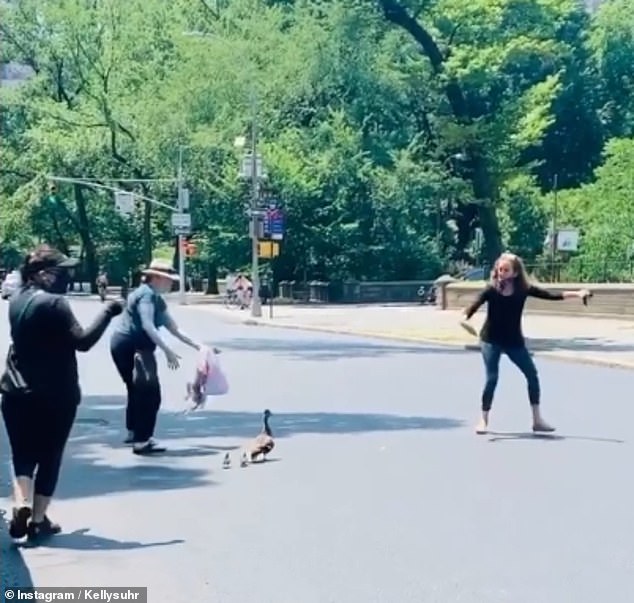 Rep. Rice (right) and her fellow Good Samaritans rushed into the middle of the hectic street and desperately urged cars to stop

The Good Samaritans lift their hands up and desperately shout ‘stop’ at the oncoming traffic as the ducks start their journey.

The sound of squealing car breaks can be heard off camera as the Good Samaritans usher the mother duck and her cute ducklings to safety.

The camerawoman pans the video to show several waiting vehicle, including a massive MTA bus and at least five cars. 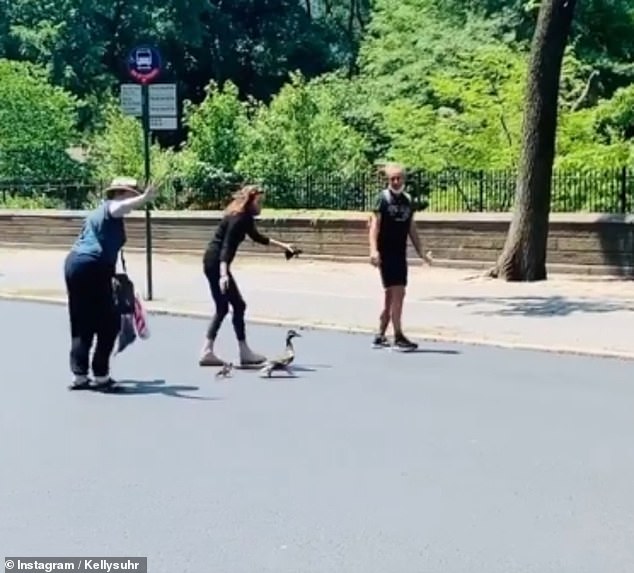 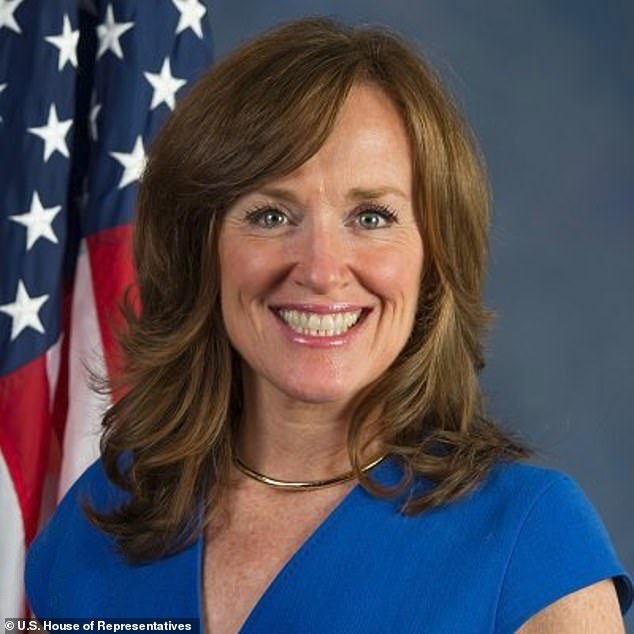 Rice: ”Proud to serve every New Yorker, including those with webbed feet’

No ducks or humans were injured during the sweet incident.

Rep. Rice took credit for the duck rescue on Twitter. ‘Proud to serve every New Yorker, including those with webbed feet,’ she wrote.

Chris Commerfeldt, a political reporter for New York Daily News, said that Rice she escorted the duck family all the way from Third Avenue – which took 45 minutes.

The video was first shared to Instagram by user Kelly Suhr and quickly went viral.

Several users were charmed by the duck rescue and others cracked jokes.

‘Is this why it’s traffic is so bad on 5th Avenue all the time,’ another wrote.

As of Friday evening, the video has garnered more than 270,239 views in under 24 hours across social media.