By Jack Elsom For Mailonline

A Russian businessman has told the High Court he ‘suffered serious reputational’ damage by being named in British spy Christopher Steele’s ‘dodgy dossier’.

Central accusations made in the dossier have been widely rubbished and have landed Mr Steele in court fighting libel claims.

Lawyers representing Mr Gubarev today told the court that one such memorandum made ‘grave’ allegations ‘as to knowing involvement’ in the hacking of the Democratic National Committee computer system. 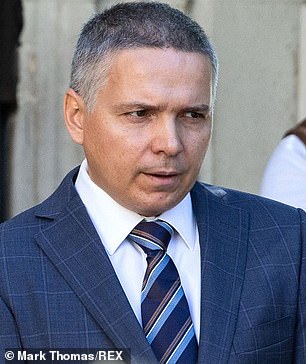 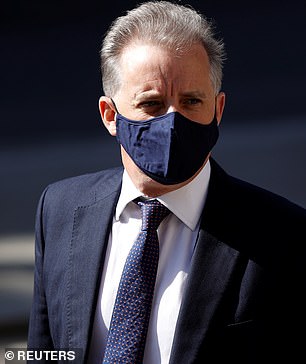 Mr Justice Warby began overseeing the High Court trial in London today and is expected to consider evidence and argument over five days.

Mr Gubarev took legal action after BuzzFeed published the ‘Steele dossier’ in January 2017, the month Trump was inaugurated as President.

Andrew Caldecott QC, who leads Mr Gubarev’s legal team, said the case centred on one memorandum from the dossier.

‘The dossier consisted of memoranda,’ he told Mr Justice Warby, in a written case outline.

‘Seventeen were published to the world at large by BuzzFeed on January 10, 2017, when Mr Trump was president-elect but not yet inaugurated. 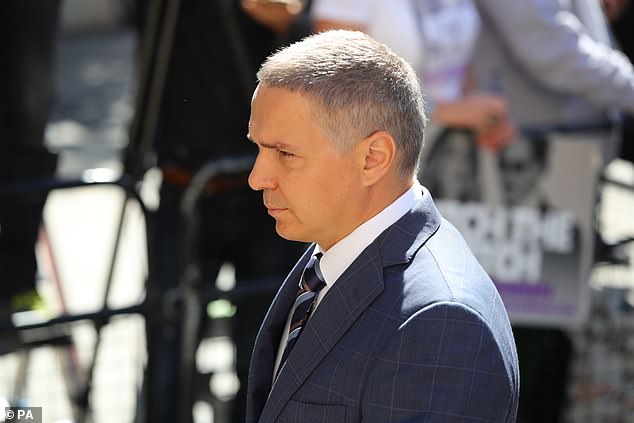 ‘The general subject matter of the memoranda was the relationship between Mr Trump, his campaign team and Russia.

‘The publication predictably attracted enormous publicity both online and in the mainstream media.’

He said one memoranda named Mr Gubarev and made ‘grave allegations as to knowing involvement in the hacking of the computer systems of the United States Democratic National Committee in the run-up to the 2016 US presidential election’.

Lawyers representing Mr Gubarev then described the dossier as a ‘notorious document’.

Mr Caldecott said the dossier had been commissioned by a company acting for a law firm. 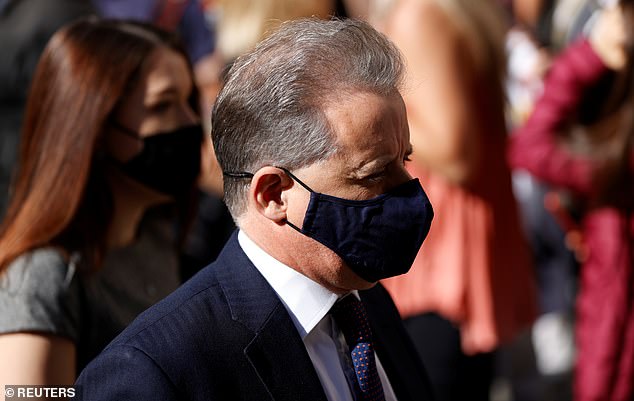 But he said the ‘ultimate client’ had been the ‘Democratic National Committee and/or Hillary Clinton’s presidential election campaign’.

The President rubbished the allegations as ‘fake news’ when they were controversially published by Buzzfeed website in 2017.

The veracity of the report, which was funded by the Democratic Party has been treated with scepticism, not least by special counsel Robert Mueller who all but dismissed Mr Steele’s findings.

Mueller’s comprehensive probe into Russian collusion with the Trump campaign threw out the Mr Steele’s claims of prostitutes in a Moscow hotel room and poured cold water on many of his other accusations.

Christopher Steele, 55, embarked on a well-trodden path when he was recruited from Cambridge straight into MI6.

After a stint in London, he was stationed in Moscow just after the collapse of the Soviet Union. 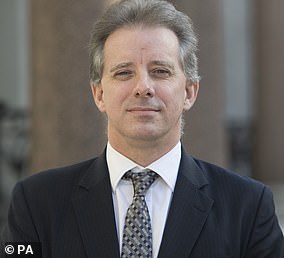 He returned to London and in 2006 was made head of MI6’s Russia desk, where he led the investigation into the poisoning of former Russian operative Alexander Litvinenko.

But he only became world-renowned after becoming a private intelligence hire and writing the sensational Trump-Russia dossier in 2016.

His evidence was rubbished by Trump, but formed part of special counsel Robert Mueller’s probe into collusion between the Trump campaign and Russia.

In an interview at Oxford University, Mr Steele said he had for ‘two whole days’ but was disappointed with Mueller’s final report.

‘I was surprised that very little of what I had discussed with them appeared in the final report.

He criticized the report for being ‘too narrow’ and failing to follow up on crucial evidence.

‘There were many things about the report that were good… but other (aspects) that were not so good,’ he said.

Mr Steele said the fact that ‘a number of witnesses—including for instance, Donald Trump Jr.’ had avoided being interviewed ‘wasn’t great.’

Dismissing longstanding allegations of political bias, Mr described himself as simply ‘an opponent of President Putin.’

He said that Trump is naturally hostile toward the intelligence community.

‘Trump himself doesn’t like intelligence because its ground truth is inconvenient for him,’ he said.

Top news of the day: Vijender Singh to return Khel Ratna award if farmers demands are not met; Vijayashanti to join BJP, and more

Presidential harassment at the polls made ‘something that’s supposed to be so patriotic, so hard’: report

NFL Week 14 grades: Cowboys get an A for pummeling Bengals, Giants get D- for no-show against Cardinals