‘Channel 10 can’t even afford KAK!’ Viewers of The Masked Singer slam judges for making ‘stupid guesses’ of people who ‘aren’t in the country’ and ‘out of the show’s budget’

But if social media is anything to go by, Australian audiences aren’t convinced this year’s season of The Masked Singer will see any big names take to the stage.

During Tuesday night’s episode, viewers also made it clear they were starting to get annoyed at judges Jackie ‘O’ Henderson, Dave Hughes, Dannii Minogue and Urzila Carlson and their preposterous guesses on the show. 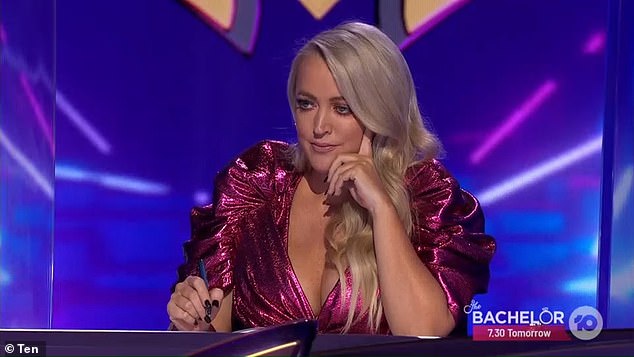 ‘Channel 10 can’t even afford KAK right now!’ On Tuesday, viewers of The Masked Singer slammed judges for making ‘stupid guesses’ of people who ‘aren’t in the country’ and are out of the show’s ‘budget’. Pictured: Judge Jackie ‘O’ Henderson

‘Hughsy guessing Chris Hemsworth tonight and Taylor Swift last night. How much budget does he think they have?! They can’t even afford KAK [Kerri-Anne Kennerley] right now,’ wrote one viewer on Twitter.

‘I love when people guess celebrities who are so far out of Channel 10’s budget,’ echoed a second fan.

While a third chimed in: ‘The network that just made huge job cuts is trying to convince us they have a budget for a cast of Taylor Swift, Chris Hemsworth, Meghan Markle and Adele… okay.’

Meanwhile, a fourth quipped: ‘Judges, please never say Kelly Clarkson ever again. Quit playing like you have that kind of budget’.

Not happy: During Tuesday night’s episode, viewers also made it clear they were starting to get annoyed at judges Jackie ‘O’ Henderson, Dave Hughes, Dannii Minogue and Urzila Carlson and their preposterous guesses on the show 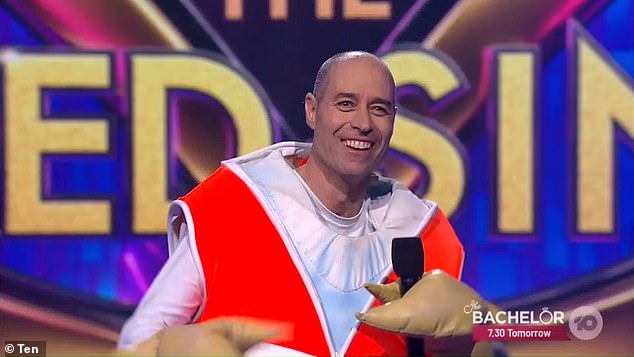 Ouch: Fans are far from impressed with the lineup of talent on the show

On Tuesday night, former cricket star Michael Bevan was revealed as the Hammerhead.

After taking off his mask, the show’s judges were left stunned by the 50-year-old sport star’s impressive singing ability. However, fans at home were far from impressed.

‘Think we’ve got a new threshold on celebrity,’ one wrote, while another said, ‘I’m sure he’s lovely but they’re set the bar low with Michael Bevan. Next week… the goldfish revealed and it’s… Susan from Channel 10 reception!’ 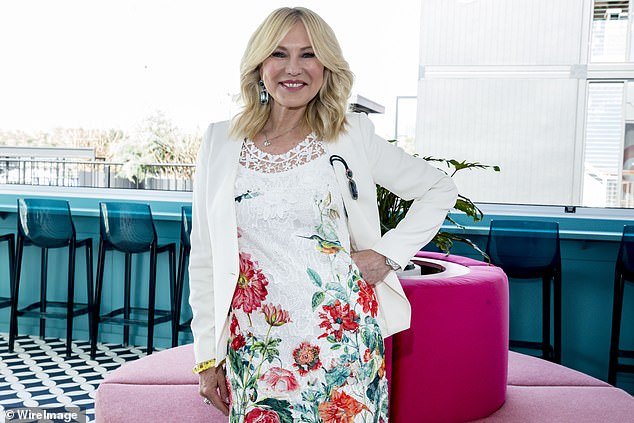 Staff members were informed that the television news department was being ‘restructured’ in response to the sharp decline in advertising revenue caused by the coronavirus pandemic.

The changes are expected to be effective from Monday, September 14.

Despite losing Kennerley and Belling, morning show Studio 10 will continue to air weekdays from 8am to midday for the time being.

The Masked Singer continues Monday at 7.30pm on Channel Ten 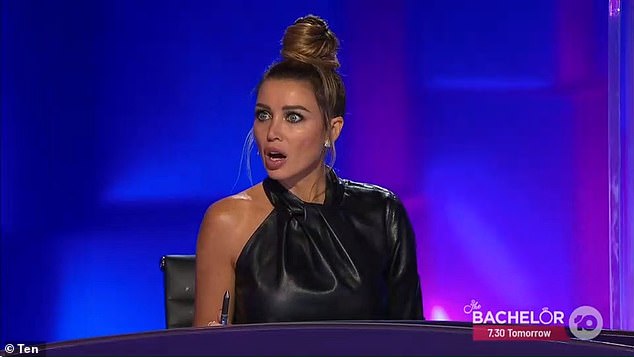