Benjamin Netanyahu’s former chief of staff, who is a state’s witness in the criminal trial against the prime minister, was indicted Monday for allegedly pocketing funds from a consulting company that he had been supposed to sell upon entry into the senior governmental post.

According to the charge sheet, Ari Harow produced fictitious documents proving the sale of his shares of H3 Global, which allowed him to enter the Prime Minister’s Office in mid-2014.

During his one year tenure, Harow set up Madagascar president Hery Rajaonarimampianina’s visit to Israel, which H3 was hired to coordinate for NIS 124,000 ($36,393) after the Foreign Ministry refused to do so.

The indictment against Harow, which includes charges of fraud and breach of trust, was submitted as part of a plea agreement reached with the State Prosecutor’s Office for Harow’s testimony in a pair of cases against Netanyahu.

The deal will see Harow admit his guilt in exchange for the sides jointly agreeing to recommend six months of community service as well as a fine of NIS 700,000 ($205,446).

The State Prosecutor’s Office also announced on Monday that it was considering charging Harel Arnon, the attorney who represented Harow in the allegedly fictitious sale of his H3 shares. 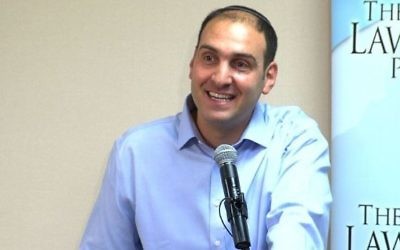 Attorney Harel Arnon discusses the legal issues of Israeli presence in the West Bank at a conference in New York on August 12, 2014. (Screen capture/YouTube)

Police in 2017 recommended that Harow be charged with bribery, fraud, breach of trust and money laundering for the alleged conflict of interest and it appeared that the former chief of staff was on his way to serving a lengthy prison sentence.

But in a surprising development six months later, Harow turned state’s witness and agreed to provide information about so-called cases 1000 and 2000 in return for a lighter punishment in the brewing charges against him.

The evidence Harow gave as state’s witness is believed to have directly led to the police recommendation that Netanyahu be indicted for fraud, breach of trust, and bribery in both cases.

In Case 1000, the prime minister and his wife are alleged to have received illicit gifts from billionaire benefactors, most notably the Israeli-born Hollywood producer Arnon Milchan, totaling NIS 1 million ($282,000). 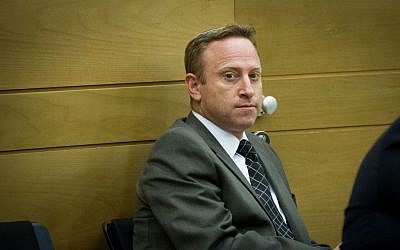 Harow was also responsible for police obtaining the Case 2000 recording of Netanyahu negotiating an allegedly illicit quid pro quo deal with Yedioth Ahronoth publisher Arnon Mozes that would have seen the prime minister weaken a rival daily, the Sheldon Adelson-backed Israel Hayom, in return for more favorable coverage from Yedioth.

The US-born Harow also gave police information on Case 4000, and police and state prosecutors are considering summoning him to give complete testimony, the Globes financial newspaper reported Monday.

Case 4000 involves suspicions that the controlling shareholder of the telecommunications giant Bezeq, Shaul Elovitch, ordered the Walla news site, which he owns, to grant positive coverage to Benjamin Netanyahu and his family, in exchange for the prime minister advancing regulations benefiting Elovitch.

According to Globes, the information Harow gave to police relates to the relationship between Netanyahu and Elovitch.

Netanyahu himself was officially indicted on charges of fraud, bribery and breach of trust in cases 1000, 2000 and 4000 in November 2019. The trial against him commenced in May and will proceed next with witness testimony in January.

Nike Upholsters The Blazer Mid ’77 In A Mix Of Materials