The Washington state Attorney General’s Office fired a senior criminal investigator after he allegedly made a scene and flipped off an employee at a restaurant for donning a Black Lives Matter button.

Deputy Attorney General Todd Bowers said in his termination letter that Steiger failed to meet the integrity standards of the office and had undermined the trust of the public and his fellow workers. 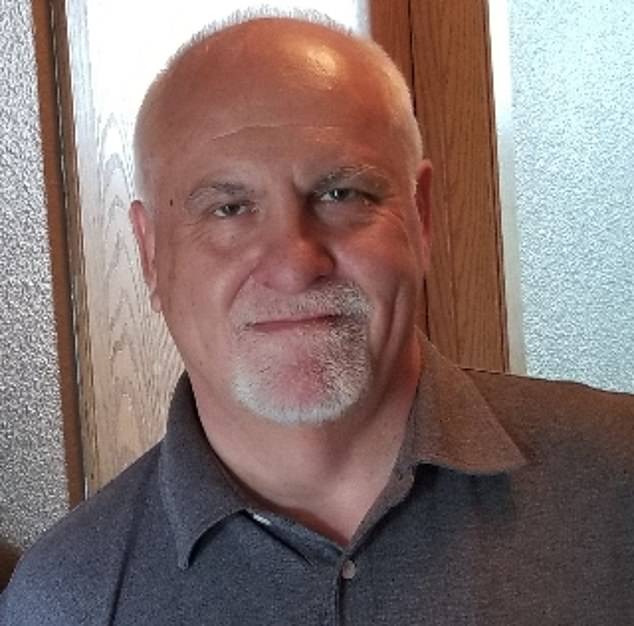 Steiger’s attorney Steve Fogg, who was a King County homicide prosecutor, called his termination a ‘mistake’ and ‘illegal.’

‘The AG fired Cloyd for expressing political opinions as a private citizen with which some members of the AG’s Office disagreed.’

Steiger, 61, was placed on administrative leave on September 8 following criticism on social media over a visit he made with his wife to a restaurant in Tacoma.

Server Reese Vincent said she led the couple to their table, they ordered cocktails and appetizers, and then checked out after a single round of drinks. She said Steiger appeared to be ‘standoffish.’

‘You reported to our AGO investigators, Ms. Roe and Ms. Muigai, that you were offended by the pin but did not verbalize your concern to Ms. Vincent and remained cordial to her during your stay. You paid your bill,’ the termination letter read. 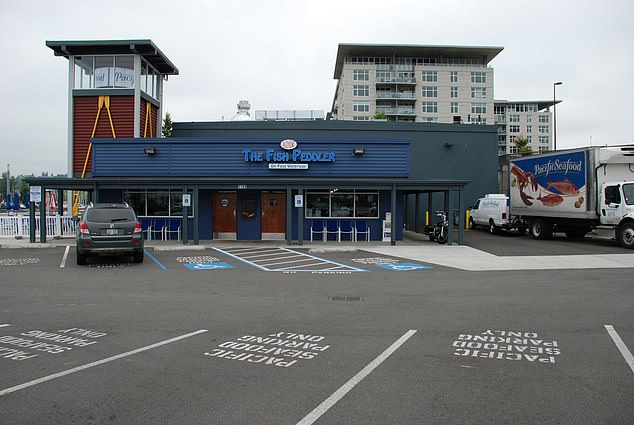 Steiger viisted The Fish Peddler Restaurant (pictured) in Tacoma, where he allegedly flipped off one staffer and left a disparaging note to another over a Black Lives Matter button

Vincent, who has since turned 20, said Steiger pulled out his wallet to get his credit card to pay when she noticed his wallet bore the Thin Blue Line flag adopted as a symbol of solidarity with law enforcement. She said she then respectfully cashed them out.

But then, Steiger allegedly wrote on the back of the receipt in the tip line, ‘BLM button = no tip. That’s how socialism works.’

An investigation revealed that Steiger approached another young employee he thought was a manager and angrily confronted him about the Black Lives Matter buttons before swearing and flipping off a different employee named Jeff Ewing.

‘Ms. Vincent reported in her interview that his name is Jeff Ewing, a sales person from the corporate office who was acting as the host that day,’ the letter read.

‘You described your tone of voice as normal as you were speaking with Mr. Ewing but as the “20 second” conversation continued, you raised your voice for approximately the last five seconds ofthe interaction.

‘When you complained about the BLM pin on the server’s shirt and explained that employees should not be allowed to wear political paraphernalia during work, Mr. Ewing stated that the restaurant was unable to do anything about it. 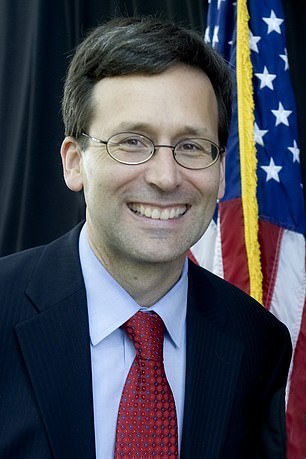 ‘You asked if the restaurant would allow Blue Lives Matter paraphernalia, Mr. Ewing said yes. You told the AGO investigators that at this point you raised your voice and verbally called out “bull****.’

At this point, Steiger allegedly flipped off Ewing and left the restaurant.

Steiger told AGO investigators that after the confrontation, he posted a photo of the receipt to his Facebook page with the comment,’Our waitress was wearing a BLMbutton. I may have caused a scene.’

The termination letter pointed out that Steiger posted the photo without redacting the waitress’s name or the location of the restaurant.

Bowers noted that he placed Vincent, a civilian, in a ‘vulnerable position.’ The post has since been deleted.

‘You stated that you were not acting as an employee of the AGO but as a “father of two cops and independent thinker” when you posted the restaurant receipt to your Facebook page,’ the letter read.

Steiger also told AGO investigators that he did not have a problem with the acronym BLM, but the organization, which he compared to the Ku Klux Klan.

Steiger has since apologized for his actions, but Vincent told investigators that she was bothered by the incident for a few different reasons.

One involved the fact the Steiger was a high ranking official whose reaction showed a visceral and clear bias.

‘He is a powerful man. The way he related to a pin (BLM)concerns me. Has he been biased with his job and people of color? That’s my concern,’ Vincet told AGO investigaors. ‘He is clearly a very short-fused man.’

Still waiting on @BobFergusonAG to address his Chief Crmininal Investigator, Cloyd Steiger. He tracks homicides and assists with investigations. The community has been calling you for the past 24 hours. pic.twitter.com/7y0AQdkq0n

In the termination letter, AG Bowers said he reviewed calls made by residents to the officer about Steiger, social media postings and news stories regarding the incident.

‘A running theme throughout this public feedback is that your behavior evidences racial bias towards Blacks and poeple of color that you – and by extension the AGO – cannot be trusted in your role as a criminal investigator to remain unbiased,’ the letter read.

But even before the story made headlines, AG Bowers said that Steiger’s fellow employees were concerned.

‘Even before the media published articles regarding your conduct, CRJ staff learned about it given the widespread dissemination of your post on social media,’ the letter read.

‘Several staff expressed concerns about your behavior on September 6 and one staff member stated, “Now that I know he demonstrates such extreme racial bias and prejudice, as a POC, I no longer feel comfortable or safe to work with him.”‘