A Coles shopper has been left unable to feed her family for the week after a glitch in the supermarket giant’s online payment system.

The company introduced system changes in July, requiring a pre-authorisation hold be placed on funds in the buyer’s account to ensure they are available prior to the order being packed and finalised.

The money can be held for up to 10 days – depending on the bank- even when an order is cancelled. 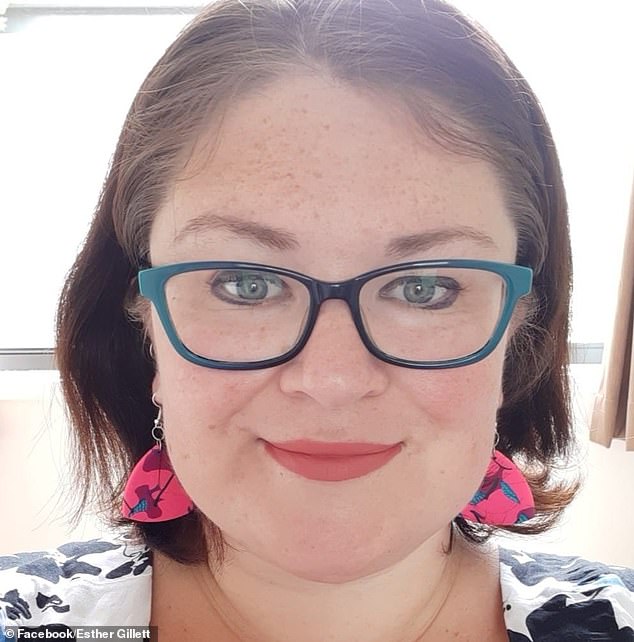 Mother-of-one Esther Gillett, from Attunga, in NSW’s New England region, has been left unable to feed her family for the week after two pre-authorisation payments were placed on her account for the same Coles order

But families who make changes to their orders before they are packed can be charged the pre-authorisation hold twice, and if there are insufficient funds, both orders will be cancelled.

Mrs Gillett fell victim to the pitfall this week after modifying the shop down to $240 for herself, husband Paul and two-year-old son Lachlan.

Because the second amount could not be placed on hold, their order was cancelled, with the family told they will not get access to their deposits until either Thursday or Friday.

The family, who are living on a tight budget as Mrs Gillett recently suffered a stroke and Mr Gillett is battling serious health issues, now have barely enough food to stretch until they are paid.

‘It’s just so bloody frustrating. We plan, we organise, we menu plan, we do shopping list. We budget so carefully,’ Mrs Gillett said.

‘We normally love Coles, but it’s this pre authorisation c**p is just not working. I suspect, not just for us, but for a lot of people.’

Mrs Gillett spoke to a Coles employee and was offered $30 for the mishap, with the company later giving her an additional $20.

The family used the remaining $40 they had, $30 of which had been designated for  fuel, to drive to the nearest town to pick up essential supplies to carry them through the weekend.

The mother-of-one is not the only person to be set back by the issue.

Several frustrated shoppers have flocked to the grocer’s Facebook page to express their dismay after having double amounts withheld from their accounts.

‘Payment has gone through but you still have a hold on over $400 for the same transaction for almost a week. If this is what your online ordering process consists of, essentially paying twice for the same order, I will never order from Coles again,’ one woman wrote. 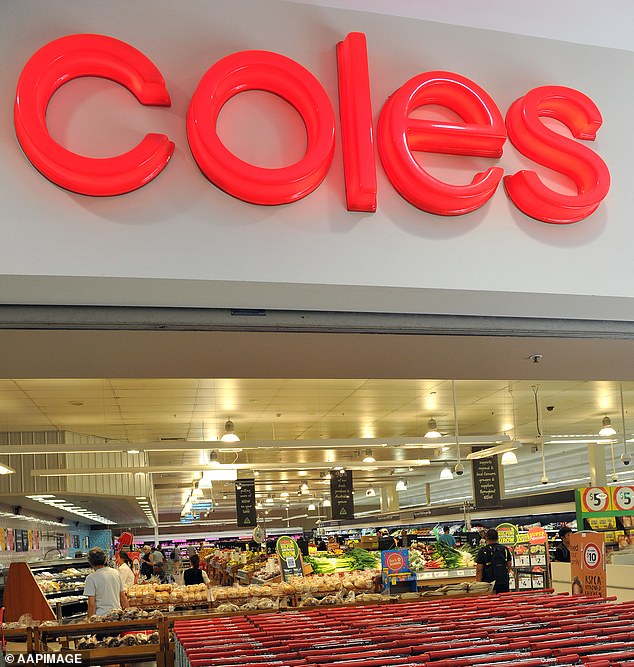 A Coles spokesperson said the funds are supposed to be released when an order is modified, however, some banks do not action the request straight away

One mother said her order was cancelled after there were not enough funds available to cover the second $190 hold.

‘I’m a single mother with four children, I don’t have money to pull out of nowhere. That grocery shop had nappies and formula as well as food, which is all essential,’ her post read.

Coles said held funds are supposed to be released when an order is modified, however, some banks do not action the supermarket’s request straight away.

‘If a customer modifies or cancels their order before it’s picked, Coles Online requests the pre-authorised payments to be automatically released by the customer’s bank,’ a Coles spokesperson told Yahoo News.

‘While most banks have processes in place to accurately release funds and ensure pending funds are returned within 24 to 48 hours, we have been made aware that some payment methods take longer.

‘We acknowledge this is a stressful time for customers and we are working closely with financial institutions to improve this experience.’