‘Women are so afraid to be in a bad mood’: Elisabeth Moss tells how her latest role ’emboldened’ her to make ‘smart and bitchy’ comments

By Andrew Bullock For Mailonline

Elisabeth Moss believes women can be ‘afraid’ to express themselves in certain ways.

The actress, 38, explained how her latest role in Shirley – in which she plays outspoken Gothic author Shirley Jackson – has ’emboldened’ her to make ‘smart and bitchy’ comments.

Speaking to Sky News, she said: ‘Sometimes I feel like we as women are so afraid to be in a bad mood or not like something and be vocal about it. And [playing Shirley] did make me a bit braver. 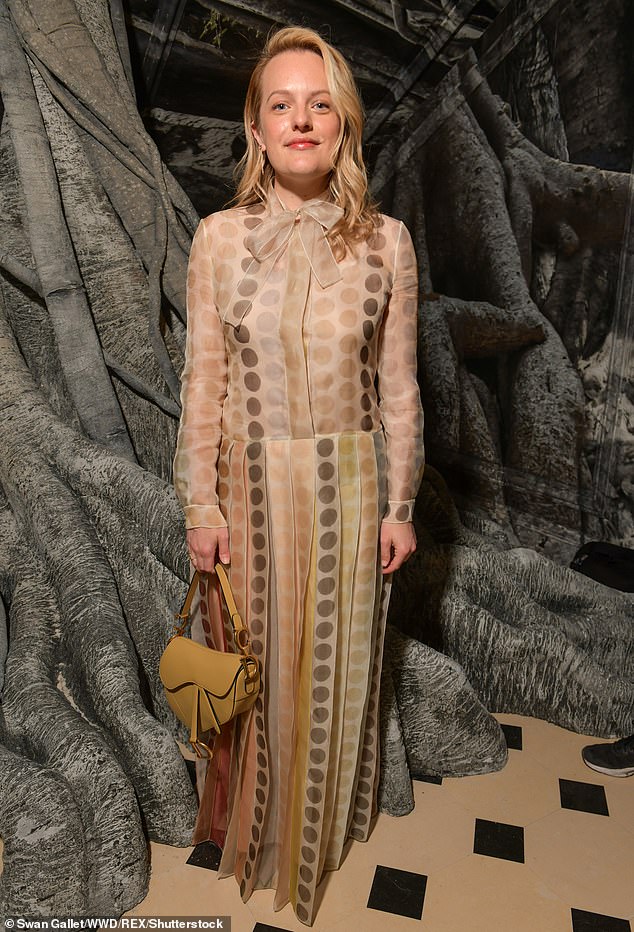 Speaking up: Actress Elisabeth Moss believes women can be afraid to express themselves in certain ways

‘I mean, I’ve always been that way, I’ve never had too much of a problem with that, but it did absolutely embolden me a bit.’

‘I didn’t know much about Shirley, but I loved this woman who was so smart and so complicated and so honest.

‘And I felt like there was this big part of her that I felt was inside of me as well, and inside of all women as well.

‘That part of you that says, ‘I want to say the really smart but kind of bitchy thing, but I’m not supposed to’ – and Shirley just says it, and I loved that so much.’

The Handmaid’s Tale star, who excels at portraying deeply complex characters often under duress, is seen doing what she does best in the trailer for Shirley, which was teased back in May. 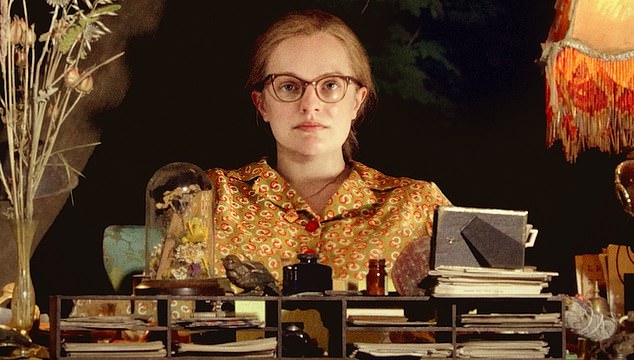 Scarring role: Speaking to Sky News, the Top Of The Lake actress, 38, was speaking about her latest film, Shirley, in which she plays outspoken Gothic author Shirley Jackson 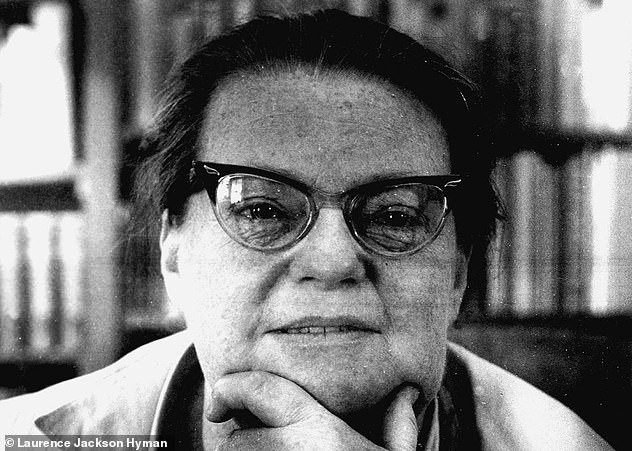 IRL: Author Shirley Jackson (above) is best known for 1959’s The Haunting of Hill House, a supernatural horror novel widely considered to be one of the best ghost stories ever written

The 1960s-set psychological thriller tells the story of acclaimed horror author and her husband Stanley Hyman (Michael Stuhlbarg) who take a young couple into their home.

However, the arrangement appears to be a ruse, as Shirley uses the young girl Rose (Odessa Young) as inspiration for her next horror novel.

‘What happens to little girls in the end? They go mad,’ Shirley says to her husband in the creepy trailer, amid scenes of chaos, suggesting that she is slowly losing the plot.

Rose and her partner Fred (Logan Lerman) quickly begin to regret the offer of the free room from Shirley and her husband and things start to turn strange and unsettling. 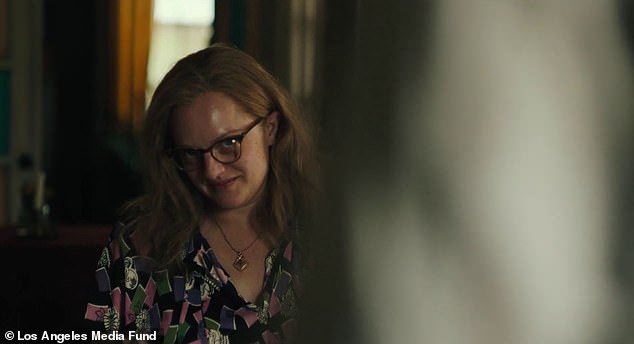 Chilling: Elisabeth looks terrifying as the horror author in the new thriller Shirley

In real-life, author Shirley Jackson is best known for 1959’s The Haunting of Hill House, a supernatural horror novel widely considered to be one of the best ghost stories ever written.

In the period when the film is set, Jackson’s health had begun to deteriorate significantly as a result of her increasing weight and cigarette smoking, ultimately leading to her death due to a heart condition in 1965 at the age of 48.

Shirley is out in cinemas in the UK on 30 October.