By Francesca Washtell City Correspondent For The Daily Mail

Copper miner Kaz Minerals was the toast of the FTSE250 after its two largest investors tabled a £3 billion takeover offer.

Chairman Oleg Novachuk and director Vladimir Kim own 39 per cent of the company between them – and have proposed buying the remaining 61 per cent for 640p a share. This is 12.5 per cent more than Kaz’s closing price before the offer.

Kaz, which owns two copper mines in Kazakhstan, has seen shares surge by more than 15 per cent this year as China’s rebound boosted copper prices. 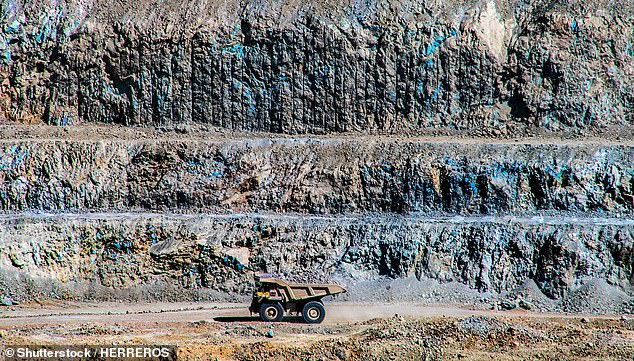 The industrial metal is seen as a bellwether for the global economy and, despite the difficult Covid winter ahead, copper will likely be a winner when Western countries begin to recover.

Going private, then, might not be the obvious move. But Novachuk said developing a £760 million mine in eastern Russia it bought from Roman Abramovich in 2018 would ‘be best undertaken away from public markets as a private company’.

The Baimskaya copper mine is based in a remote area of Russia with little infrastructure – a factor that will drive up costs – and the company’s shares dropped by 27 per cent on the day of the announcement, as shocked shareholders rushed to the exit.

Kaz needs 75 per cent of votes cast at a one-off meeting in December or January to be in favour of the takeover for it to go through. Shares jumped 10 per cent, or 57.2p, to 628p. 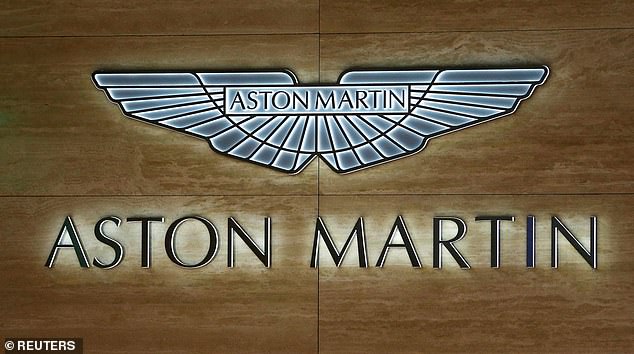 The news of Kaz’s possible departure came as Canadian mining firm Wheaton Precious Metals joined the London Stock Exchange, in the biggest ever listing of a Canadian company.

The £17 per cent firm makes money from metal streaming contracts, which are similar to royalties. It opted for a standard listing, which means it can’t join the FTSE indexes. Shares began trading at 3700p, but fell to 3502.5p.

Aston Martin shares rose by as much as 17 per cent in early trading as investors cheered plans by Mercedes-Benz to build up a 20 per cent stake in the iconic British car maker by 2023.

Technology tiddler Mirriad Advertising has signed a two-year contract with an unnamed US media giant. Mirriad uses artificial intelligence to insert product placements and advertising into TV shows. It said the American company is ‘one of the largest and best-known US-based content producers’. AIM-listed Mirriad will not be paid anything up front for the deal, which just sets out the terms of doing business. Shares in the business rose 15.2 per cent, or 5p, to 38p. 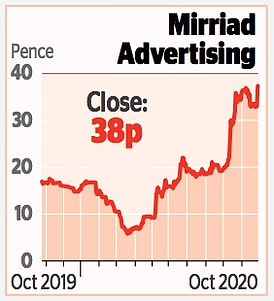 Aston’s announcement was released after the market closed on Tuesday – so yesterday was the first time traders were able to react. On Tuesday Aston also said it would raise another £125 million through selling new shares and last night Reuters reported it is eyeing an £840 million junk bond sale.

Aston shares closed up 0.9 per cent, or 0.5p, at 55p. But the rest of the market suffered as global Covid cases surged and France and Germany considered plans for nationwide lockdowns.

Cruise operator Carnival tumbled 7.6 per cent, or 69.4p, to 838.8p after it delayed the restart in cruises from Australia and New Zealand until the end of next May.

Closer to home, High Street retailer Shoe Zone fell 16.5 per cent, or 7.5p, to 38p, after warning it could close up to 90 stores by April 2022 if the Government does not shake up business rates.

It expects a loss of up to £12 million and said annual revenues dropped by more than £39 million to £122.6 million in the financial year that ended earlier this month as Covid hammered shop sales.

But boss Alistair Smith singled out business rates as a major obstacle to its success – saying a fifth of its 460 stores are now at risk because of the system.

The Independent Climate Newsletter: Sign up for weekly updates on the environmental emergency