Google has stirred up a storm over several past weeks.

First, it was the spat with Paytm. Google removed Paytm from Play Store for a few hours on September 18 because the latter was promoting its fantasy sports offering Paytm First Games. Google does not host, or allow other apps to promote, fantasy sports on the app store.

Then on September 28, it came out with a policy change. Google said, starting next year, it will charge 30 per cent commission on in-app purchases for all kinds of app businesses. Google already charges in-app purchase commission on certain a category of apps; the latest directive basically makes it apply across the board. Google said only three per cent of app developers will be affected.

The move created furor in the internet business community. App developers and founders took to social media to protest against Google’s ostensible abuse of its dominant position. Google’s Android operating system is installed in 98 per cent of Indian smartphones, and its Play Store is the default place of discovery and distribution for any app. There is little recourse for standalone apps but to comply with what Google says.

Paytm, fresh from the hurt of having its app taken off, led an organised revolt against Google. Its boss Vijay Shekhar Sharma got together leaders like Sameer Nigam of PhonePe and Farid Ashan of Sharechat, among a dozen others, to the doors on India’s electronics ministry. Their plea included a regulatory survey of Google’s controversial policy and a local app store as a replacement.

Paytm used the opportunity to push its own ‘mini app store’ at the time, cashing in on the call for indigenous tech products. It called on users to use its Paytm app store, which now hosts about 300 apps. On a separate, apps on Paytm app store open within the Paytm app, use Paytm’s credentials to login, and are limited in other scope—making Paytm app store not truly an app store. PhonePe has a similar offering called Switch.

Paytm did not respond to a request for comment. “The fact that Google has arbitrary policies has been proved,” Sharma said on a TV interview on October 4. “This is like a government, which imposes a tax, and then defers the deadline a bit.”

The collective backlash got Google to defer the policy to April 2022, and got the search and mobile giant to the consultation table with the app founders. Globally, the cut-off date is September 2021.

The saga throws up some interesting questions. How much does Google stand to gain monetarily, that it is rubbing against its app partners especially at a time when it is facing regulatory scrutiny in the European Union and the United States? On October 20, the US Department of Justice, following a five-year investigation, slapped an anti-trust case on Google alleging that it “engaged in a variety of anticompetitive practices to maintain and extend its monopoly and lock out rivals.”

How much do app companies stand to lose in earnings when the in-app commission kicks in? How is this practice different from what Apple does, or from Google’s earlier app fee policy? Let’s dive in.

Google Play Store is where smartphone users download apps. Apple’s equivalent is App Store. Here’s how it works: Google does not charge anything for publishers of free apps on Play Store. For paid apps, Google charges a flat 30 per cent fee. For instance, if a user pays Rs 100 for an app, Google takes Rs 30 and rest goes to the developer. Apple has the same 30 per cent mark-up for paid apps.

However, the point of contention is in-app purchases. And here is where things get complicated. You would have seen that some apps, especially productivity apps, come with certain premium features ‘locked’. Users have to pay up to access the full versions. This constitutes an in-app purchase. In-app purchases also happen when you buy extra lives or digital goods in a fantasy game, purchase a subscription to a news app, or buy the premium account to a job search service or a dating app.

Now, Google has traditionally charged 30 per cent on these in-app purchases (which are mandatorily routed through Play Store billing system), but the earlier policy left certain types of services out of its ambit. It exempted services “where digital content is consumed outside of the app”, those where consumer buy goods or services in the physical world, and make digital payments.

Given this logic, the in-app commission does not apply to e-commerce (Flipkart, Amazon, BigBasket), services (Urban Company), music (Spotify, Gaana), video (Netflix, Disney-Hotstar), and subscription services. In fact, Netflix and Spotify have exploited this loophole for years.

Apple’s policy on the other hand is iron-clad. Its in-app commission applies across the board, and has been a stickler point between the iPhone-maker and top app firms. Both Spotify and Netflix circumvent the App Store for subscription payments and instead direct their customers to their mobile sites to buy or renew subscription. Spotify, in fact, is a complainant against Apple’s in-app commission policy in an EU court.

In the latest policy tweak, Google has essentially decided to standardise its in-app payments policy “for all digital content”. This is likely to impact everything from music streaming to video, edu-tech to news and everything in between. Developers, under these categories, will have to share a part of their in-app purchase revenue, including subscription fee, to Google. This may result in apps becoming expensive for users, or, in some cases, app businesses perishing due to unviability of the business models.

Edu-tech majors like Byju’s and Unacademy, video streaming services such as Hotstar and Mx Player, and music services like Gaana.com are some of the major Indian app businesses that will be affected from the move. Paytm, other payment firms and e-commerce titans Flipkart and BigBasket will not be affected, as per informed reading of the new policy.

App services that will be charged 30% commission, as per the new policy:

“We only collect a service fee if the developer charges users to download their app or (if) they sell in-app digital items, and we think that is fair,” said Sameer Samat, vice president, product management, Google, in a blogpost on September 28. “Not only does this approach allow us to continuously reinvest in the platform, this business model aligns our success directly with the success of developers.”

“We want to be sure our policies are clear and up-to-date so they can be applied consistently and fairly to all developers, and so we have clarified the language in our Payments Policy to be more explicit that (sic) all developers selling digital goods in their apps are required to use Google Play’s billing system,” said Samat.

What was exempt earlier and is now charged:

For Google, it is an opportunity to capture a pool of money it had earlier forgone. According to Sensor Tower data, Google and Apple’s combined app store earnings stood at $83.5 billion in 2019, of with Google accounted for a little over a third or $29.3 billion. This is the money app developers made, of which a percentage was paid to Google. Google does not break this number down, but it is estimated to be around $9 billion last year. For context, Google’s 2019 revenue was $106.7 billion, predominantly from search advertising.

A small amount for Google, the figure is an important business expense for app companies. “Google levies a 30 per cent commission against 1.5-2 per cent levied by external gateways,” said Vishal Gondal, founder of fitness wearables firm Goqii. “Start-ups are upset with Google Play Store for mandating that all in-app purchases be routed through its billing system.”

In August, Epic Games, the publisher of hugely popular game Fortnite, slapped a legal case against Apple and Google in the US, over their in-app purchase commission policy. In Fortnite, which has 350 million users globally, players obsessively spend in the game. The gaming company has specifically argued against restrictions to mandatory use on the app store’s payment method, saying that it is unfair. Gateways like PayPal, or Fortnite’s own can carry out the transection at a fraction of the cost.

It is perceived that in order to bolster its case in the lawsuit, Google has sought to standardise the policy across the board.

To be sure, in the new policy Google has said it will make changes to the new version of Android to make it even easier for people to use “other app stores on their devices.” Even now, a user can simply download another app store on the phone and download apps from it. There exists app stores from Samsung, Xiaomi, and Indus OS. Even the Indian government is planning to launch one. However, Google Play Store comes pre-installed in 99 percent of non-Apple smartphones, due to billions of dollars-worth of exclusive contracts Google has with original equipment manufacturers.

While most users can switch the app store, they usually don’t, which gives Google a de facto monopoly over app distribution.

The timing could not have been worse. It is coincidental that Google’s policy move came only a few weeks before the US Department of Justice lawsuit which argues that Google impedes competition by striving them of scale by blocking all distribution channels.

For years, Google has entered into exclusionary agreements, including tying arrangements, and engaged in anti-competitive conduct to lock up distribution channels and block rivals. Google pays billions of dollars each year to distributors — including popular-device manufacturers such as Apple, LG, Motorola, and Samsung; major US wireless carriers such as AT&T, T-Mobile, and Verizon; and browser developers such as Mozilla, Opera, and UCWeb — to secure default status for its general search engine and, in many cases, to specifically prohibit Google’s counterparties from dealing with Google’s competitors. Some of these agreements also require distributors to take a bundle of Google apps, including its search apps, and feature them on devices in prime positions where consumers are most likely to start their internet searches.

The shake-up and work-around

App founders are essentially saying that the move as unjust. “This 30 percent tax by Google and Apple appstores has “Dugna Lagaan Dena Padega” written all over it,” tweeted SlideShare co-founder Amit Ranjan, who has earlier worked at Indian’s government tech initiatives like DigiLocker. “Keep aside nationalistic or jingoistic concerns – this looks patently unjust and exploitative. Imagine small app developers coughing up 30 percent just at the exit gates.. what are they left?”

In a recent TV interview, Matrimony.com founder-CEO said Murugavel Janakiraman said, “The new policy is literally a death kneel to many digital companies in India.” He said that 80 percent of the marriage service’s business comes from Google and if charged 30 per cent on subscriptions, its business may slide into the red. “Another point is that we anyway spend 30 per cent (of revenue) on (internet) marketing, which goes to Google,” said Janakiraman.

It will specifically be detrimental to nascent businesses, like news subscription, online dating, and edu-tech, where consumers have only begun to open their purse strings, said K Ganesh, serial entrepreneur and founder of GrowthStory, a foundry. These businesses may have to either jack up their subscriptions plans or bill outside of the Play Store, like how Spotify does with Apple. However, the latter may not be explicitly allowed and may lead to termination of the app from Play Store, legal experts said. Indian fantasy sports companies like Dream 11 use mobiles sites to transect with users, but they are also not present on Play Store. 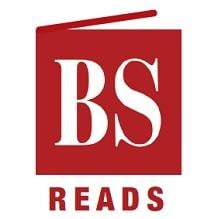 It all boils down to the fact that to what extent developers and sovereign regulators would let Google dictate policy on such matters. Last month in the US, Tinder-owner Match Group, Spotify and Fortnite, among a bunch of top developers, came together to form a collective called “Coalition for App Fairness”. The body will, on an on-going basis, liaison with regulators and Google and Apple for fairer app policies. So far as we stand in India, this is the line top companies are likely to take.

Huge if true: If you show people articles saying that Firefox is faster than Chrome, theyll believe it