Unlike some of its NIKE, Inc. counterparts, the Nike Blazer hasn’t historically been as experimental with its shortest version as it’s been with its mid-top trim. Yet, a newly-surfaced proposition challenges that notion with a mismatch arrangement reminiscent of Cactus Plant Flea Market’s aesthetic.

At a quick glance, the Blazer Low doesn’t garner too much attention given its “Football Grey/Sail/Psychic Blue” colorway, but closer inspection reveals eye-catching details. Whereas most vintage-like pairs isolate their use of exposed foam to the tongue, this option indulges in the spongey material for its profile swooshes. Slightly raised, the iconic logo on the sidewalls boast a tumbled leather construction, which also appears on the heel overlay. Medial sides, however, are built from a phys-ed class clothing-reminiscent mesh and dipped in light blue. Right shoes feature a quote from Bill Bowerman, co-founder of the Swoosh conglomerate, that suggests this low-top Blazer is part of a larger collection inspired by sleep and sleepwear: “Rest is as important to success as exercise.” Underfoot, sole units opt into a tonal “Sail.”

Enjoy official images of this upcoming Nike Sportswear classic here below, as you wait for an official Nike.com launch.

For more from the Swoosh family, the Air Force 1 “Para-Noise 2.0” arrives on November 25th.

Make sure to follow @kicksfinder for live tweets during the release date. 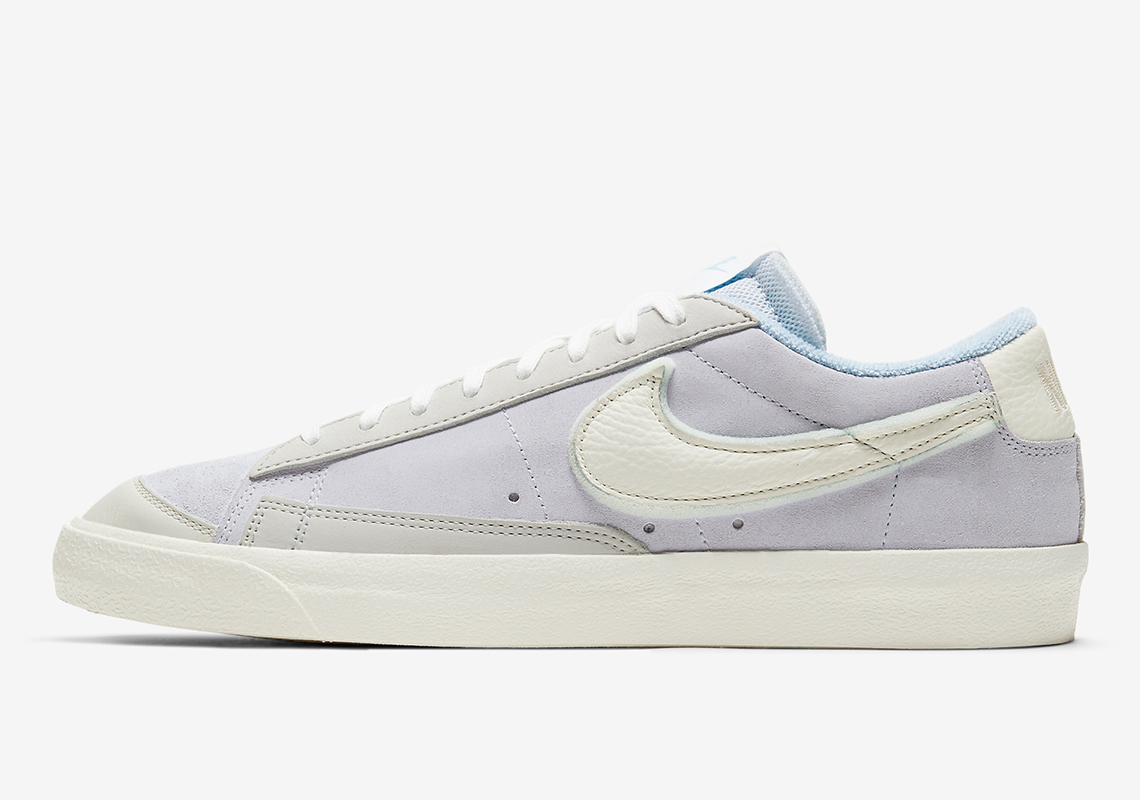 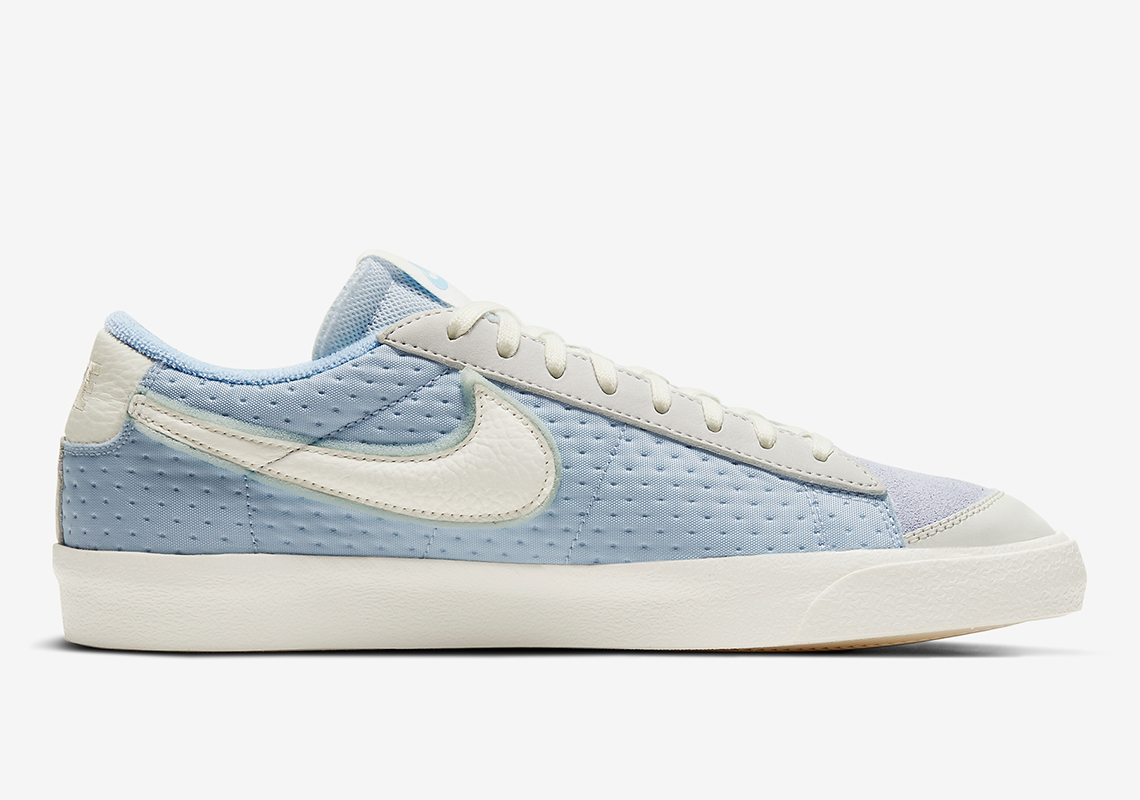 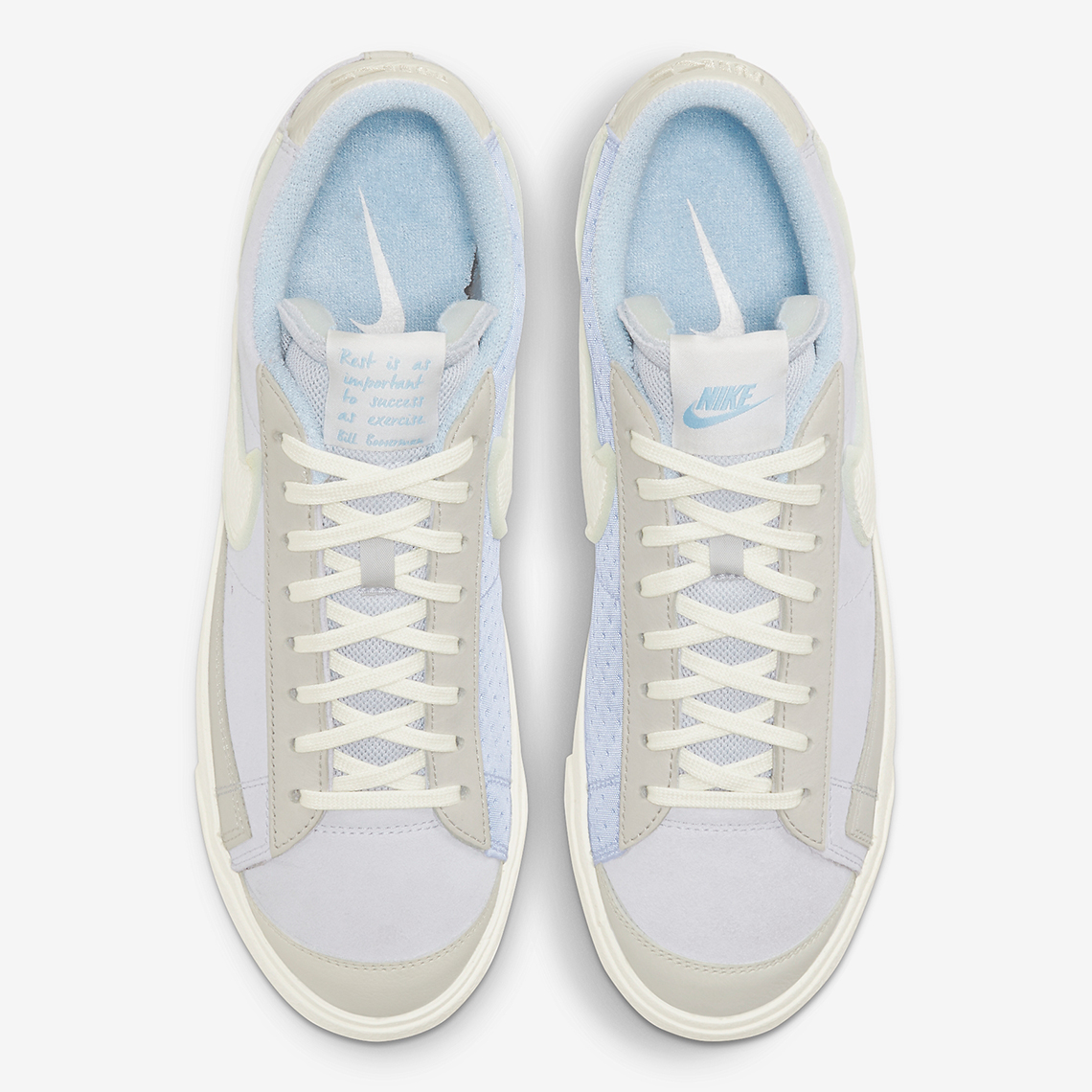 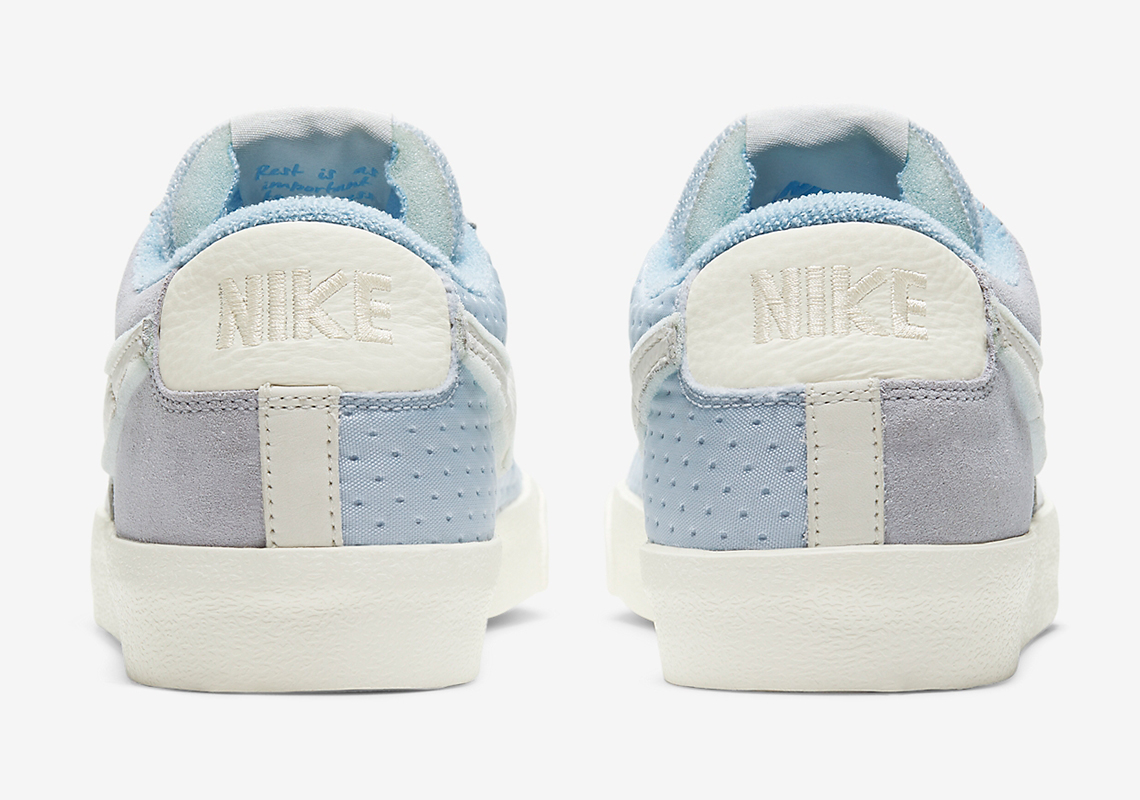 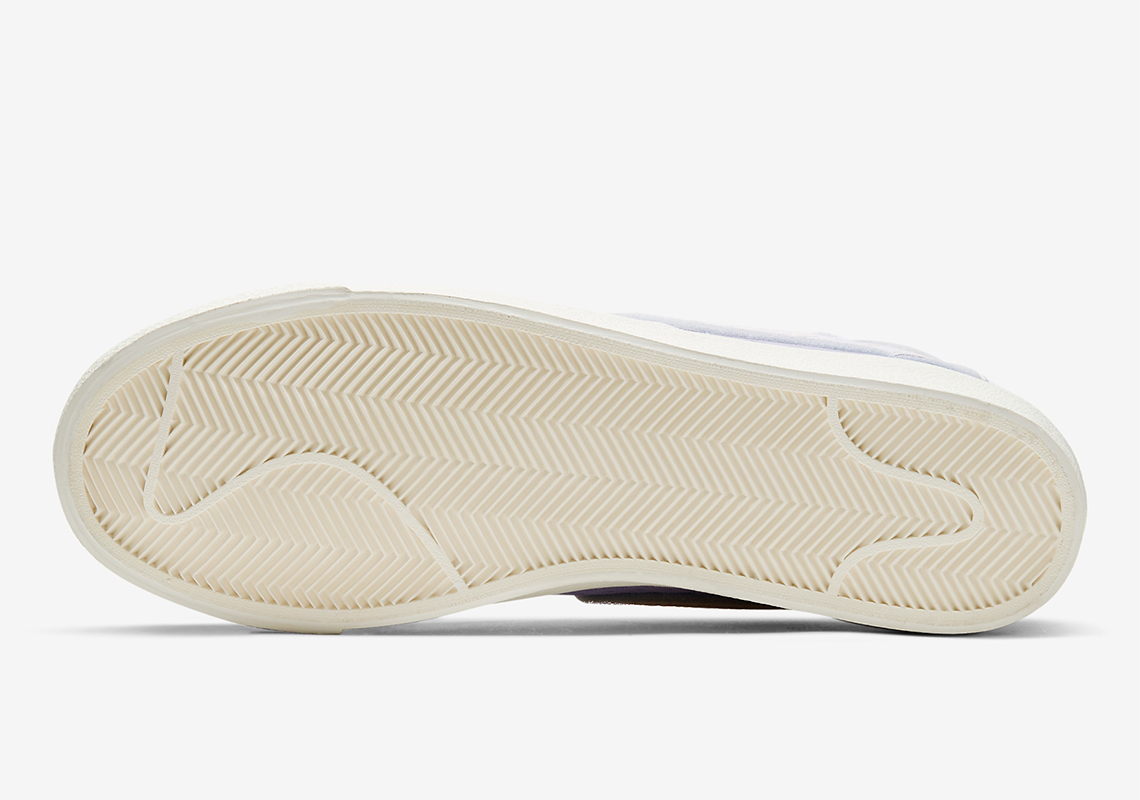 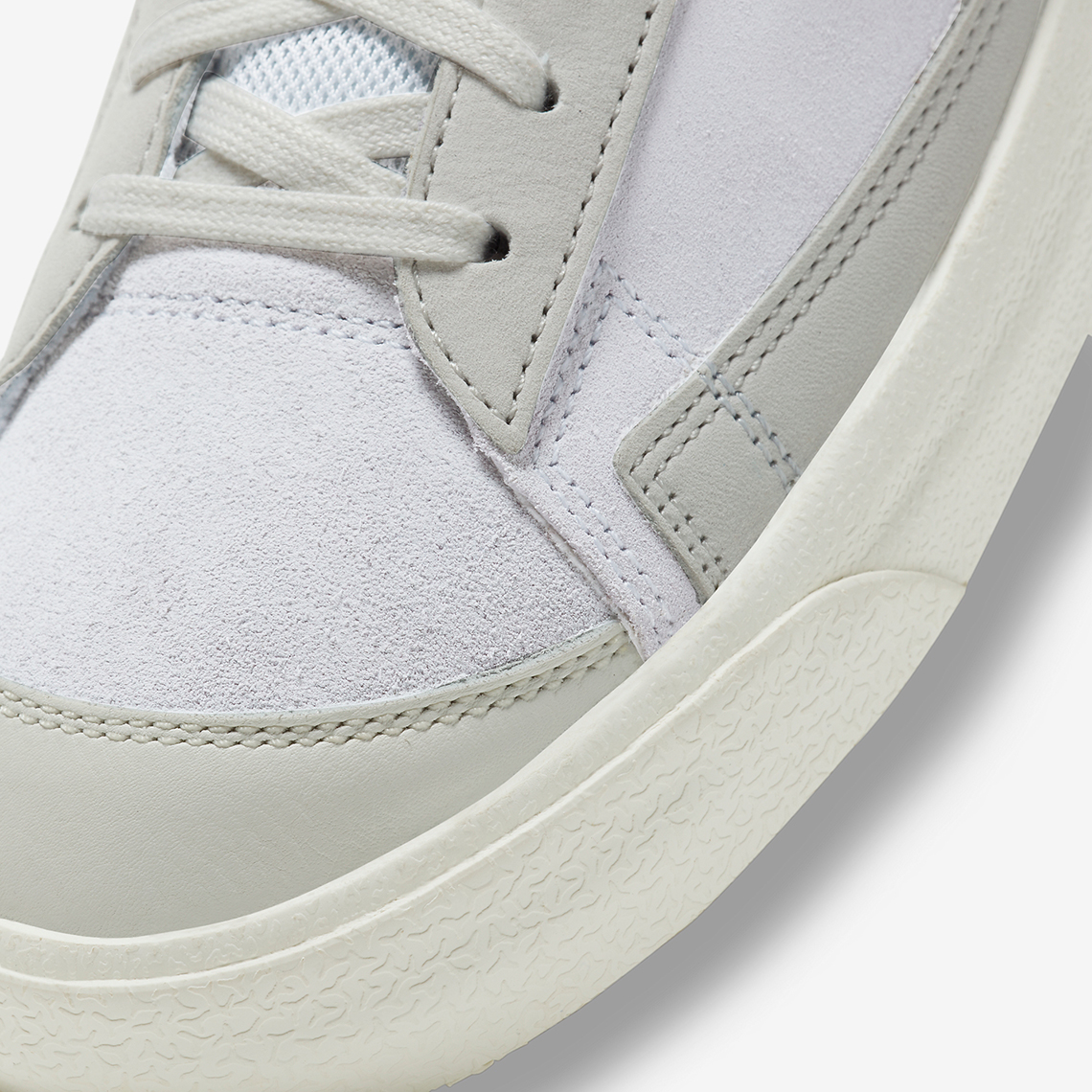 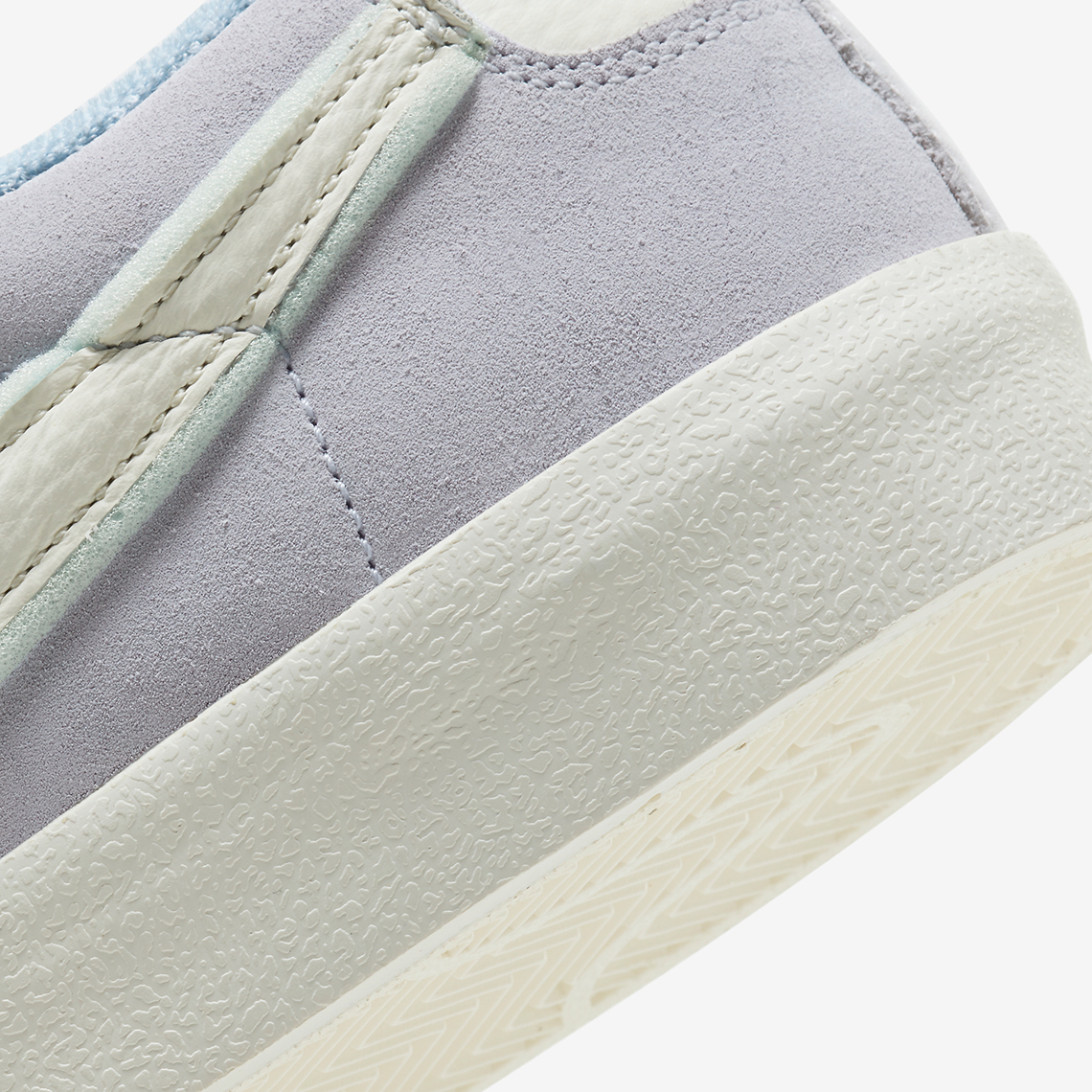 Johnson ‘fit as a butcher’s dog’, self-isolates after COVID scare