Even more than racing and speed events, special-stage rallying in the UK has been decimated by the pandemic, and there are precious few signs of a return to normal until well into 2021.

Forest rallying has been out of the question since March, and the best guess is that restarting before next spring is unlikely. Given that Wales is the heart of UK forest rallying, the immediate outlook is bleak. A whole industry of preparers and mechanics is on hold.

Some of the other venues used for rallying have become unavailable, and the need for two unrelated people in a car has been another hurdle.

However, a small number of events have run in recent weeks to give this branch of the sport a glimmer of hope.

For almost 40 years, the former RAF airfield at Down Ampney in Gloucestershire has been a haven for grassroots special-stage rallying. The old concrete runways and roads are usually coated in farming residue, but it’s a perfect place for those seeking a good-value day of sport in a rally car. Indeed, it’s one of the few remaining such venues to host rallying in the south of England.

Normally, three events run at Down Ampney each spring, but all were lost this year to the first lockdown. Undeterred, volunteers from the three local motor clubs and the overarching Cotswold Motor Sport Group saw an opportunity to host an event on the last day of October as Motorsport UK regulations and overall government restrictions permitted. Tireless work made it all possible and Covid-safe, and competitors jumped at the chance to go rallying again. 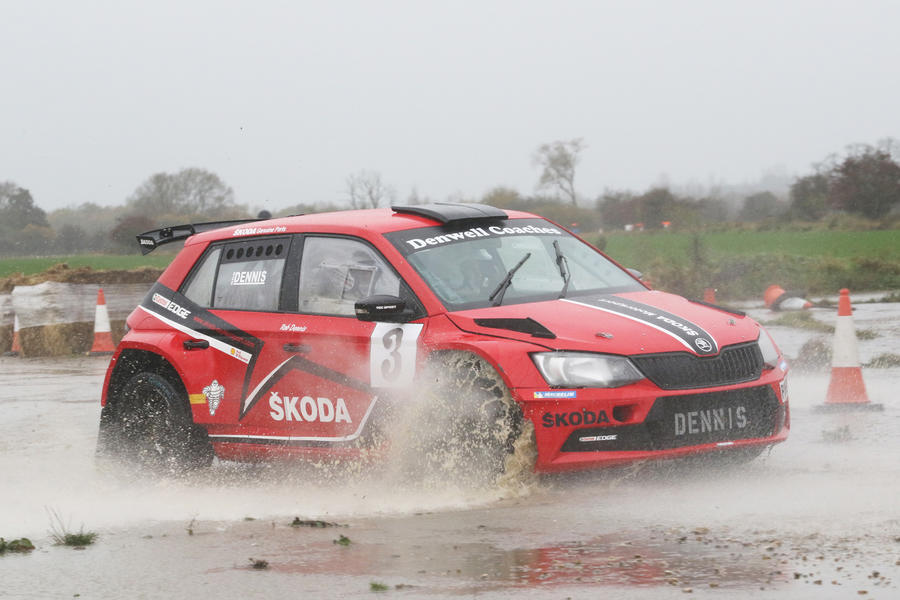 Unsurprisingly, for the first special-stage rally in southern England for seven months, the Cotswold Stages Rally was heavily oversubscribed. It even had more marshals volunteer than it could accommodate. The desire to get back rallying after the enforced break was clear, and the timing of the event was fortuitous, because even as cars rushed around the airfield, news was breaking of the planned return to lockdown for November.

On the day, there was a palpable sense of grabbing an opportunity to go rallying while it was allowed, and even some shocking weather couldn’t dampen the enthusiasm.

The at-capacity entry list comprised 75 cars from the state-of-the-art, four-wheel-drive R5 category right down to humble Nissan Micras and your typical smattering of Ford Escorts.

The records will show that the event winner was local ace Rob Dennis in his impressive Skodaru – a Skoda Fabia with Subaru running gear developed by TEG Sport in Lancashire. However, the big winner was club-level rallying, and the real heroes of the hour were the volunteer organisers who made it all happen against some sizeable odds.