The heads of the UK’s three biggest strictly Orthodox Jewish communities have written a joint letter to the government urging it to keep places of worship open in any new tougher coronavirus lockdown.

It is vanishingly rare for the three kehillas – London, Manchester, and Gateshead – to issue a joint statement on such a sensitive political subject, signifying the strength of feeling as rumours circulate about the imminent full closure of synagogues.

The letter, sent on Thursday, was addressed to Secretary of State for Housing, Communities and Local Government Robert Jenrick MP and organised by Charedi group Interlink Foundation.

It was signed by the heads of the Union of Orthodox Hebrew Congregations in London, the Machzikei Hadass in Manchester, and the Gateshead kehilla, represent 70,000 Charedim and more than 200 shuls – about 95 percent of the UK’s strictly Orthodox population.

“Places of worship and religious weddings are pivotal to our way of life and an essential part of any Orthodox Jewish existence,” they say. “Nothing can replace this. Prayers in a quorum of ten is a key requirement.” 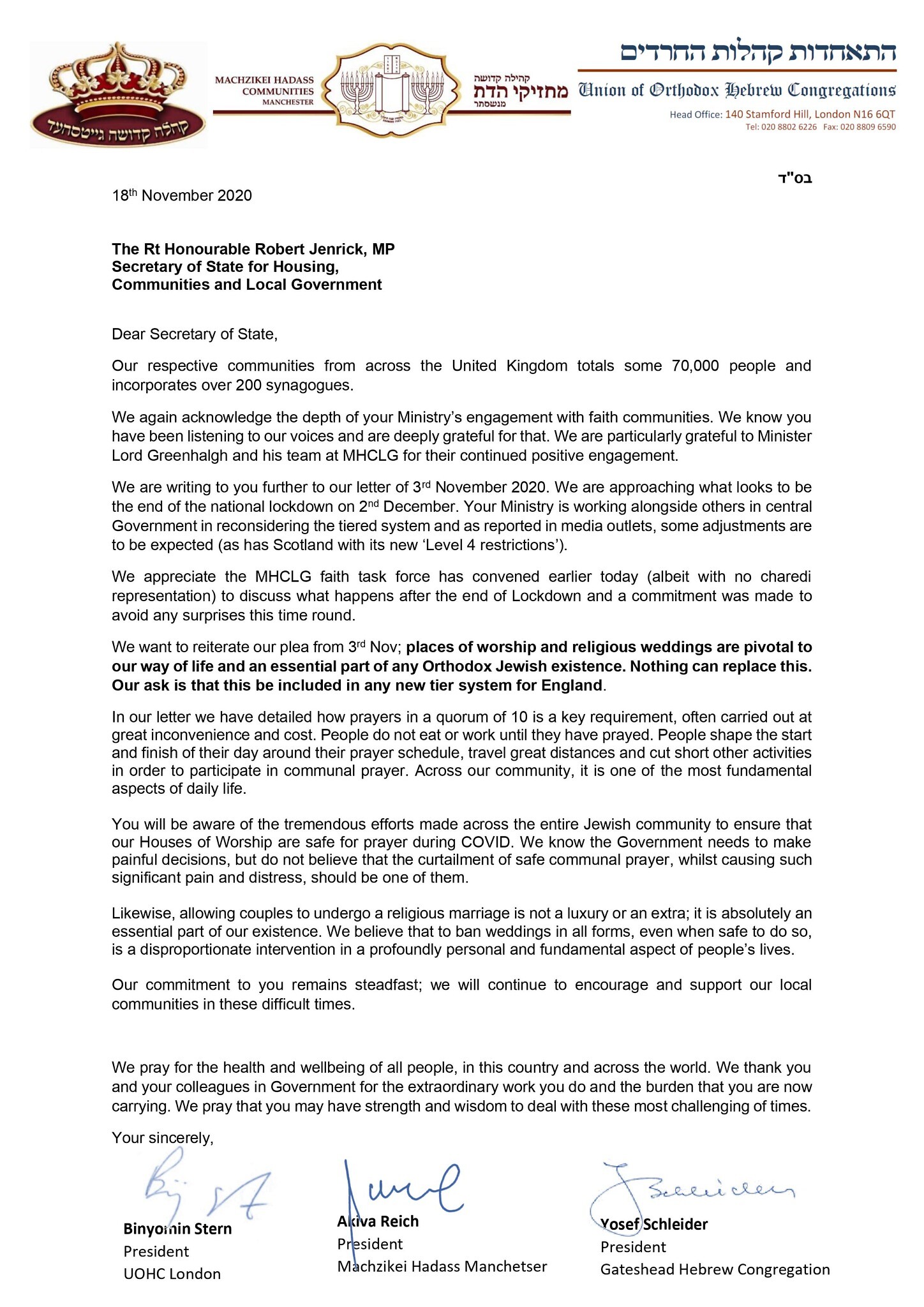 The trio said that although the government needs to make painful decisions, “we do not believe that the curtailment of safe communal prayer… should be one of them,” adding that a wedding ban would be “a disproportionate intervention”.

The first national lockdown, in March, closed all synagogues for months, whereas the current lockdown allows them to stay open “for private prayer”, not collective or organised prayer. Police have been called to synagogues in the past two weeks after reports of collective prayer, leading to disbursements, anger and threats of fines.

Jenrick’s ministry has set up a faith taskforce which convened this week to discuss restrictions following the end of Prime Minister Boris Johnson’s second national lockdown on 2 December. Media outlets have reported that a new system will be introduced, with the option of restrictions akin to those of Tier 4 in Scotland.