An Israeli source familiar with the details of the normalization talks with Saudi Arabia said that progress on a possible deal would only happen after the death of King Salman, Channel 12 reported on Thursday.

However, “Israel understands that there will not be a breakthrough with the Saudis in the near future” because King Salman “takes a diametrically opposite stance” on the matter of normalization with Israel to that of his son, the report said.

Therefore, the source said, it was understood that “progress will only be possible after King Salman has gone.” 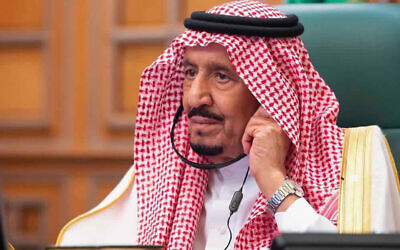 Despite that, “cooperation against the joint enemy Iran” will increase, as will bilateral trade between the two nations.

The source also said that flights from Israel’s national carrier El Al will not overfly Saudi Arabia in the near future — in September, the kingdom approved the use of its airspace for Israeli flights to the UAE, a decision announced the day after Jared Kushner, US President Donald Trump’s son-in-law and senior adviser, met with Prince Mohammed in Riyadh.

The Wall Street Journal reported in September that the monarch remains committed to a boycott of Israel coupled with a strong stance in favor of the Palestinian demand for an independent state, while the crown prince is open to normalization with the Jewish state and the business opportunities it could bring as well as public coordination in the struggle against Iran.

Riyadh’s crown prince and Netanyahu held unprecedented talks late Sunday in the Saudi Red Sea city of Neom, along with US Secretary of State Mike Pompeo, reportedly including discussions on Iran and normalization. 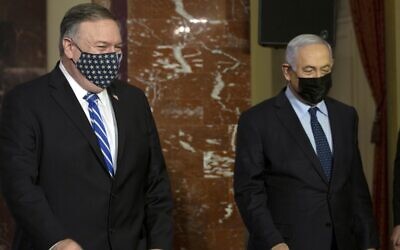 The Kan public broadcaster and Channel 12 both quoted an unnamed senior Israeli official Monday evening as saying that no breakthrough was expected anytime soon.

“Despite the efforts by Netanyahu and Pompeo to convince them, the Saudis made clear that, at the moment, they are not ready to take the extra step. That’s why no additional [normalization] ceremony can be expected in the near future,” an official told Channel 12.

“No breakthrough toward an agreement is expected. It won’t happen so fast,” Kan cited an official as saying.

A Saudi government adviser confirmed the meeting and the trip to The Wall Street Journal, saying that the meeting, which had lasted several hours, focused on Iran and the establishment of diplomatic ties between Riyadh and Jerusalem, but did not yield substantial agreements.

However, Saudi Foreign Minister Prince Faisal bin Farhan denied that Netanyahu or any other officials from the Jewish state had taken part in a meeting with the crown prince, in a tweet issued several hours after the reports started circulating.

“I have seen press reports about a purported meeting between HRH the Crown Prince and Israeli officials during the recent visit by @SecPompeo. No such meeting occurred. The only officials present were American and Saudi,” he wrote. 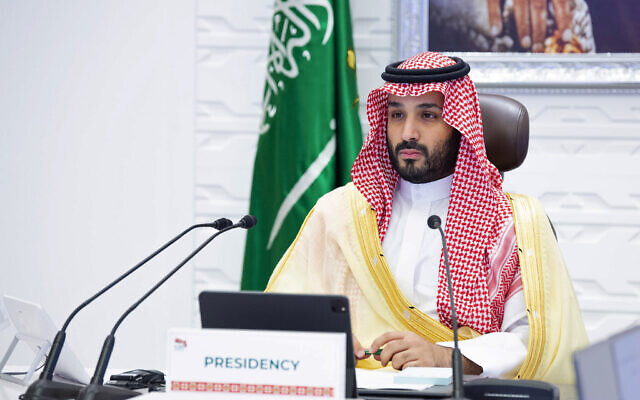 Netanyahu’s office has not commented on the reported trip and meeting, but the premier did not deny that the meeting took place, while making a cryptic statement at the outset of his Likud party’s weekly faction meeting.

Bahrain, Sudan, and the United Arab Emirates have reached deals to normalize ties with Israel, though a similar agreement with Saudi Arabia so far has remained out of reach.

Bahrain normalizing ties suggested at least a Saudi acquiescence to the idea, as the island kingdom relies on Riyadh.

Israel has long had clandestine ties with Gulf Arab states that have strengthened in recent years, as they have confronted a shared threat in Iran.

Agencies contributed to this report.

You’re serious. We appreciate that!

We’re really pleased that you’ve read X Times of Israel articles in the past month.

That’s why we come to work every day – to provide discerning readers like you with must-read coverage of Israel and the Jewish world.

So now we have a request. Unlike other news outlets, we haven’t put up a paywall. But as the journalism we do is costly, we invite readers for whom The Times of Israel has become important to help support our work by joining The Times of Israel Community.

For as little as $6 a month you can help support our quality journalism while enjoying The Times of Israel AD-FREE, as well as accessing exclusive content available only to Times of Israel Community members.

Already a member? Sign in to stop seeing this