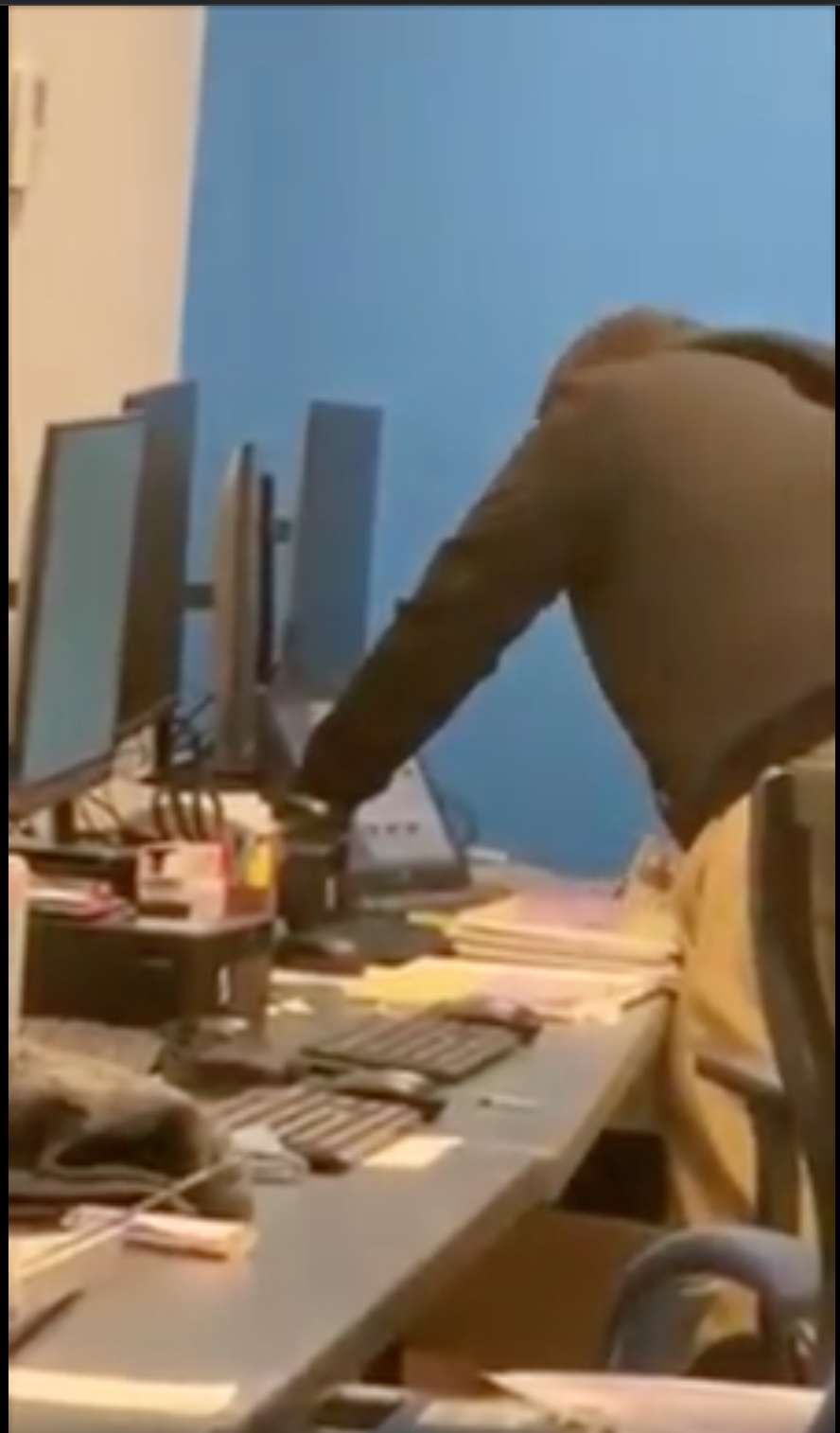 State and county officials in Georgia said the video shows a contractor using a USB drive to transfer a report from an Election Management Server to a county computer to read information. Dominion Voting Systems has said that it is “not physically possible” to manipulate votes through a USB drive.

In the video, a man moves from working on a desktop computer to a laptop, clicks different pages on the screen and removes what looks like a USB drive from the device before leaving the room. It’s unclear what is visible on the laptop’s screen because it is blurry and far away in the video.

Some social media users shared the video along with claims that it shows an employee from the election technology firm Dominion Voting Systems manipulating voting data in Gwinnett County. The caption to one such Facebook post reads, “Watch a Dominion Representative at Gwinnett County Election Central, responsible for tabulating ballots and certifying results, download data to a USB from the Election Management Server, plug it into a laptop, manipulate the data, then palm the USB.”

State and county officials said that description is inaccurate. Gabriel Sterling, Georgia’s voting systems implementation manager, said in a Dec. 1 press conference that the man was “transferring a report on batches from an [Election Management Server] to a county computer so he could read it,” according to video of the event. He also said that the contractor has received death threats, GPB reported.

“This is a Dominion technician producing a data report on the server and saving the report to a Dominion USB thumb drive and then using a laptop to filter requested information,” Joe Sorensen, communications director for Gwinnett County, also told Check Your Fact in an email. “The Dominion servers are not equipped with Excel and counties are not authorized to install any hardware or software on these systems.”

Kay Stimson, Dominion Voting Systems’ Vice President of Government Affairs, referred Check Your Fact to Sterling’s comments at the press conference. Michael Steel, a spokesperson for Dominion Voting Systems, told Fox News in a Nov. 22 interview that it was “physically impossible” to switch votes on one of the firm’s machines and that it was “not physically possible” for a poll worker to use a USB to add votes for a candidate.

“The tabulator has no unlocked thumb drive access, no unlocked USB ports,” Steel said. He then added that the “machines are what we call air-gapped, they are not connected to the internet.” (RELATED: Did Georgia’s DeKalb County Reject 40,000 Mail-In Ballots?)

The Election Infrastructure Government Coordinating Council Executive Committee and the Election Infrastructure Sector Coordinating Council issued a joint Nov. 12 statement that said there is “no evidence that any voting system deleted or lost votes, changed votes, or was in any way compromised.” The statement also said the election was the “most secure in American history.”

Georgia Gov. Brian Kemp and top election officials certified the state’s results for the 2020 election on Nov. 20. President-elect Joe Biden won the state by over 12,600 votes, according to The Associated Press.

This fact check is available at IFCN’s 2020 US Elections FactChat #Chatbot on WhatsApp. Click here, for more.

Coronavirus: Whats happening in Canada and around the world on Sunday