Fast food fans ordered up to 20 KFC chicken burgers each after glitch on chain’s ordering app reduced price from £4.50 to just 50p

By Luke May For Mailonline

Fast food fans ordered up to 20 KFC burgers each after a glitch on the chain’s app cut prices from £4.50 to 50p.

Customers took fully advantage of the fault at the Finger-Lickin’ Good franchise after the error was shared online.

The glitch on the fast food franchise’s ordering app meant customers could save £4.09 off Zinger and Fillet Tower Burgers, which normally cost £4.59. 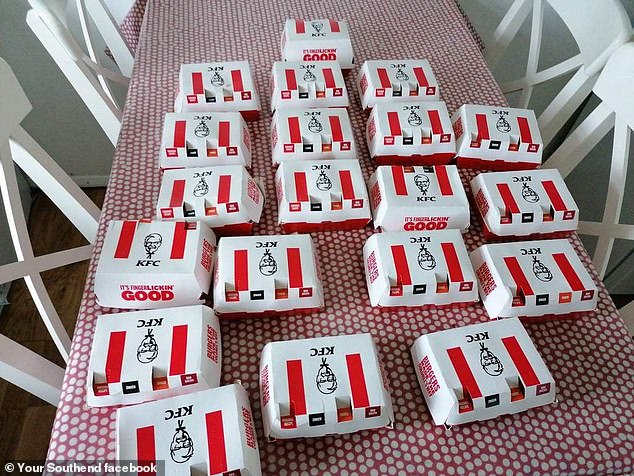 It was first shared online at around 12pm, giving customers full opportunity to bag a cheap lunch.

Some went all out, ordering up to 20 burgers at a time. 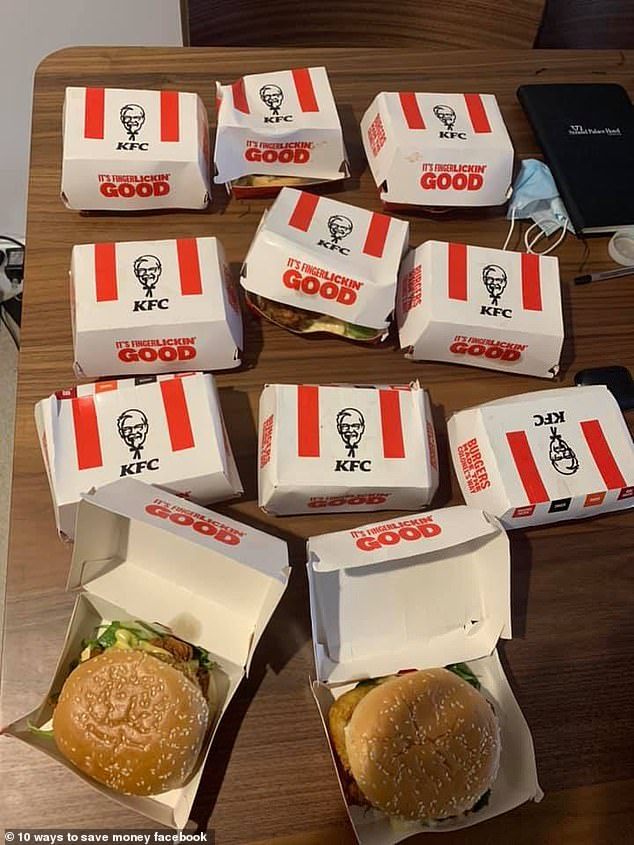 Fillet and Zinger Tower burgers usually sell for £4.59, offering a saving of £4.09 for hungry fans

Another customer said: ‘I just bought 20 fillet burgers from KFC for £10. I can’t believe it!’

For others it was a chance for a work lunch, as Kia Skillbeck wrote: ‘We managed to get 22 for the office.’

Customers took advantage of the blunder in Southend, Essex after it was shared on a local community group.

One local spread the word on Facebook and said: ‘Fast food lovers have been ordering up to 20 chicken burgers each from KFC today, after a glitch in its app meant they only cost 50p.

‘The glitch was first spotted today at around 12pm, with KFC fans quickly sharing the news and encouraging others to make use of the slashed price.’ Customers shared images of their chicken on Monday afternoon, with one customer ordering 20 burgers in one go 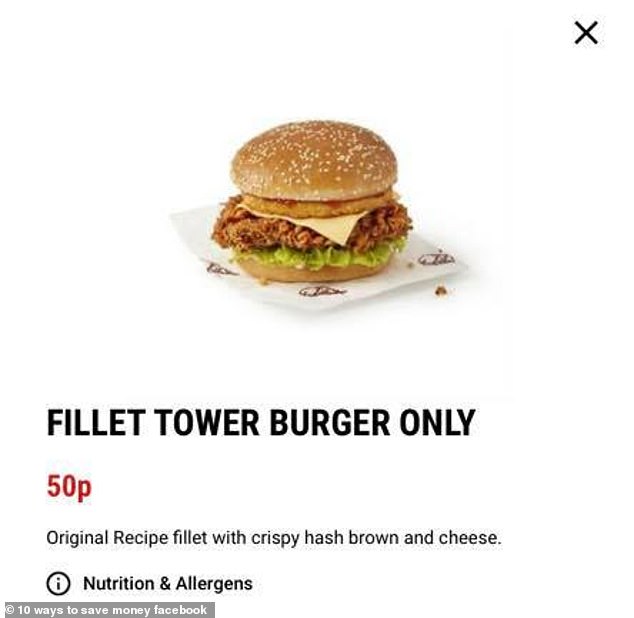 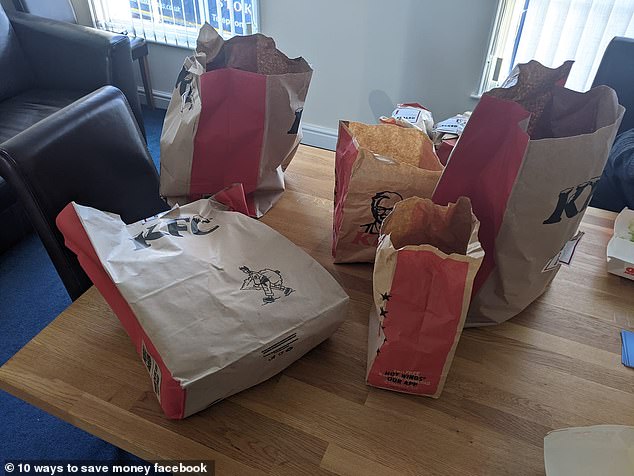 A KFC spokesman said the fault and fixed, but applauded ‘eagle eyed’ fans for getting ‘the best Cyber Monday deal going’

A KFC spokesman said: ‘What an ‘appy Monday for some.

‘Our Zinger Tower Burger and Fillet Tower Burger were priced incorrectly for a limited period yesterday meaning a few of our eagle eyed fans got the best Cyber Monday deal going.

‘It’s all fixed now though – take it up with admin!’