Checking in to gyms, cinemas and hospitality businesses with a QR code has become mandatory in Western Australia today.

Hospitality venues, gyms, cinemas and other businesses will be required to keep track of patrons or risk fines of up to $250,000.

The app is for businesses to access the free QR code for patrons to scan, rather than creating one themselves or being forced to keep paper records.

Those who already have QR codes in place are not required to download the SafeWA app. 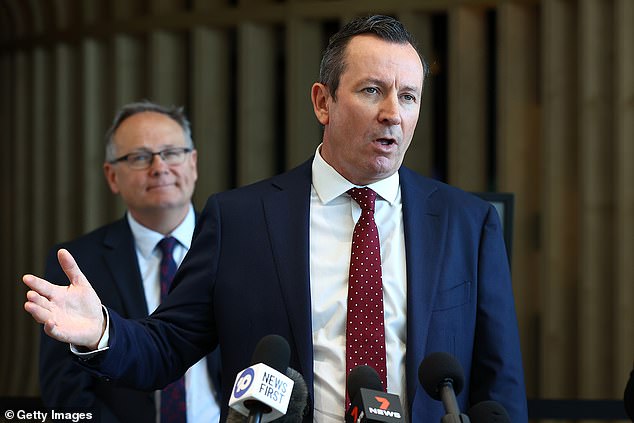 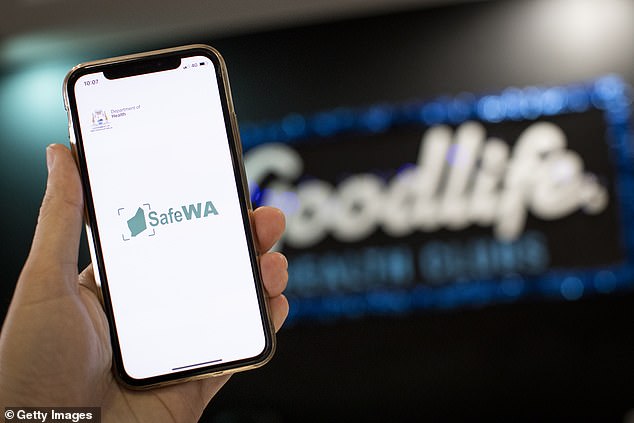 The app (pictured) is for businesses to access the free QR code for patrons to scan, rather than creating one themselves or being forced to keep paper records

Both electronic and paper check-ins are considered acceptable, however the app makes it easier to maintain a list of who has been at a venue.

Paper versions must record names, dates, arrival time and phone numbers for both staff and customers.

The codes allow contract tracers to do their job more efficiently, seeing who was in a venue at the same time as an infected person.

Some have expressed concerns about potential data breaches but they were quickly dismissed on November 25.

Health Minister Roger Cook said: ‘The data in Safe WA will be encrypted at the point of capture, stored securely, and only accessible by authorised WA health contact-tracing personnel.

Venue operators would not be able to access the data, which is deleted after 28 days.

QR codes are also mandatory in New South Wales and have been since November 23, and South Australia introduced them earlier in the week.

Record keeping is mandatory in Victoria and the government has created a free QR code people can opt in to use.

It comes as WA is scheduled to open up to NSW and Victoria from next Tuesday, dropping the 14-day quarantine requirement for travel from those states.

The timeline was cast into doubt on Thursday after a Sydney hotel quarantine worker contracted the virus, ending the state’s 26-day streak without a single new community case.

But NSW authorities on Friday revealed the woman appeared to have been infected at work, either by a returned overseas traveller or members of a flight crew.

No new local cases were reported in the 24 hours to 8pm on Thursday. 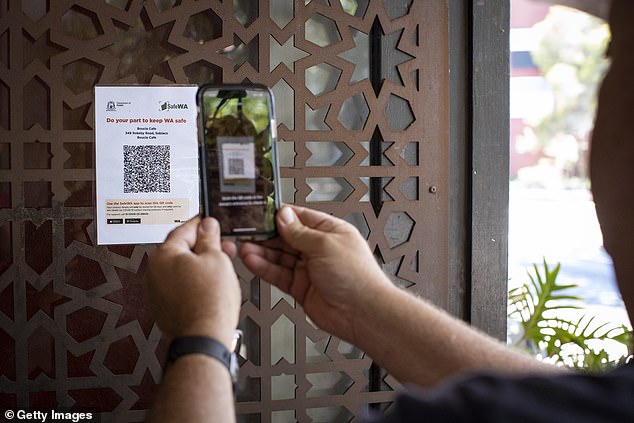 Both electronic and paper check-ins are considered acceptable, however the app makes it easier to maintain a list of who had been at a venue

‘It is positive news,’ Mr McGowan told reporters on Friday.

‘Obviously there’s testing still to be done. The woman in question, the cleaner, spent a lot of time on trains and trams between western Sydney and her workplace and by all accounts was a very gregarious person.

‘My expectation is now that we will make a final decision on NSW on Monday so that we take every precaution possible.’

The border to Victoria remains on track to reopen on Tuesday, with the premier advised it should not be affected by the NSW outbreak.

Mr McGowan said he would be guided by advice from WA’s chief health officer Andy Robertson in making his decision on NSW.

‘As you know over the last 12 months, what happens is things change with COVID,’ he said. 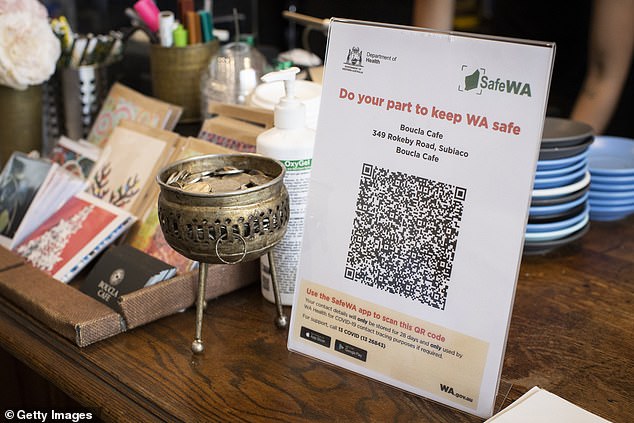 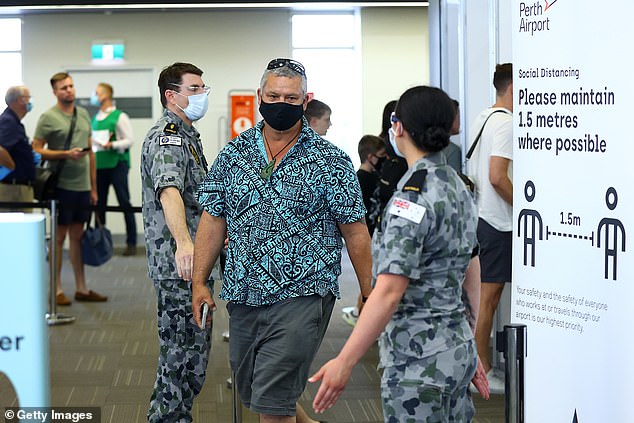 It comes as WA is scheduled to open up to NSW and Victoria from next Tuesday, dropping the 14-day quarantine requirement for travel from those states (pictured: Brisbane man arriving in Perth on November 14)

‘In the case of Victoria obviously, in the western suburbs of Melbourne, COVID bubbled away undetected for a considerable period of time and then they had that massive outbreak that caused mass deaths and mass disruption.

Federal cabinet minister Peter Dutton earlier said WA should have faith in the ability of NSW to nail down the source of the infection.

‘People can’t be forced to cancel their Christmas holidays or reconnecting with family members because of one case,’ he told Nine’s Today show.

Travellers from NSW and Victoria have been blocked from entering WA for almost nine months unless they went into quarantine and, until recently, secured exemptions.

‘I understand that this is disruptive and causes anxiety for people,’ Mr McGowan said.

‘In coming days, I’m sure NSW will do many thousands of tests. That will provide us with the evidence we need to make a final decision on Monday.’

WA has not had any community transmission of the virus since April.

The American dream is now in Denmark (Anand Giridharadas/The.Ink)

Amazons CFO reiterated that Jeff Bezos is not leaving the company, and will remain engaged in the most important decisions: He is getting a new job (AMZN)

Steve Wynn Opens his Private Gallery to the Public, Frieze is Leasing Gallery Spaces in London and More: Morning Links from December 4, 2020