with an assist from Andrew Desiderio

ROCKING AROUND THE CR TREE — It’s official: lawmakers won’t finish work on a massive omnibus spending deal this week. Instead, the House will vote Wednesday on a one-week continuing resolution, followed soon after by the Senate. Current funding runs dry at midnight on Friday.

Here’s House Majority Leader Steny Hoyer (D-Md.): “I am disappointed that we have not yet reached agreement on government funding. The House will vote on Wednesday on a one-week CR to keep government open while negotiations continue.”

Lawmakers are still hoping to attach a coronavirus relief deal to the omnibus — that is, if they can get an agreement. A bipartisan group is still finalizing their $908 billion stimulus proposal, dubbing themselves the “908 coalition.” But they are hung up over a familiar sticking point: liability protections for businesses that reopen during the pandemic.

White House officials have signaled that President Donald Trump would likely back the plan if it passed Congress, depending on the details, while Dem leaders have said the plan should be the starting point for negotiations. But GOP leaders, who are floating their own more targeted proposal, have been non-committal. The latest from Marianne: https://politi.co/3oCEUHx.

Meanwhile … Sen. Josh Hawley (R-Mo.) lobbied Trump in a phone call over the weekend to veto a Covid bill that doesn’t have another round of direct payments to individuals. So far, neither the bipartisan plan nor the GOP proposal have another tranche of stimulus checks. But momentum seems to be growing for the idea.

And Hawley said Trump, who has embraced the idea in the past, was receptive to his pitch. “We had a good conversation about it. And, you know, a pretty thorough conversation. He asked a number of questions about the state of play of the different proposals,” Hawley said. But adding payments into the mix now could complicate an already fragile process. The scoop from Burgess: https://politi.co/3oyXXTj.

PICS … Restaurant workers laid plates around the Capitol building yesterday to urge lawmakers to provide relief to their industry in any Covid-19 bill.

A message from Freight Rail Works:

Harnessing cutting-edge technology and predictive analytics, freight railroads are rising to the challenges of the 21st century. Today’s modernized model of freight rail is the transportation solution America needs to safely, sustainably and efficiently meet the needs of U.S. businesses and communities now and in the future. Railroads are ready for whatever comes next. Learn more.

THAT’S HOW OVER RIDERS ROLL — The desire to override a presidential veto of the National Defense Authorization Act is bipartisan and bicameral. That’s right; Democratic and Republican leaders in both chambers are united on overriding Trump’s expected veto of the annual defense policy bill, which is set to sail through the House and Senate this week with supermajorities despite Trump’s last-minute, unrelated demand to repeal legal protections for tech companies.

“There’s no way we would have a defense authorization bill with that language in it,” Senate Armed Services Committee Chairman Jim Inhofe (R-Okla.) affirmed on Monday. “There’s no question about it. And so obviously I would have to do what I could to override a veto.”

Republicans appeared exasperated with the president’s ongoing offensive against the must-pass bill, which has become law every year for the last six decades. “We’ve made it very clear that national security is the number one thing we do around here,” Senate Majority Whip John Thune (R-S.D.) said. “If you can’t get that right, the rest is conversation.” Similarly, House Democratic leaders have vowed to override a Trump veto — a bid supported by Rep. Liz Cheney of Wyoming, the House GOP Conference chair.

Still, some lawmakers are holding out hope that the expected overwhelming margins in both chambers could spur Trump to back off his veto threat. Lawmakers are feeling a sense of urgency to get the bill to Trump’s desk as quickly as possible in order to start the 10-day clock so that a veto can get returned to Capitol Hill more quickly. House Majority Leader Steny Hoyer (D-Md.) said he wants to avoid the possibility of a pocket veto. Andrew and Connor O’Brien have the story: https://politi.co/3qG8YUw.

PARTY ON, WAYNE — With the nation battling another brutal surge in coronavirus cases, the majority of events on the D.C. holiday party circuit have been cancelled. But there’s a small slice of Washington — including GOP members of Congress — who aren’t letting the pandemic get in the way of this town’s schmooziest season.

Lawmakers have been hosting holiday parties and farewell dinners at swanky D.C. restaurants; they’ve held in-person meet-and-greets for new Republican members at the Capitol Hill Club; and they’ve even scheduled fundraiser ski trips at a resort in Utah.

Meanwhile, there are discussions underway about holding the Conservative Political Action Conference — a massive, yearly affair — in person early next year. The event planning underscores the resistance by many in the GOP, led by Trump, to adjust to the new normal of the pandemic. The dispatch from Sarah, your Huddle host and Daniel Lippman: https://politi.co/2Lmcl37.

GOOD MORNING! Welcome to Huddle, the play-by-play guide to all things Capitol Hill, on this Tuesday, Dec. 8. Lifetime and KFC are apparently partnering on a holiday romance movie. Can Oxygen team up with a BBQ joint for a bloody, true crime show next?!

MONDAY’S MOST CLICKED: James Arkin’s recap of the Georgia Senate debate was the big winner.

ALL ABOUT THAT BASE — Georgia Republicans are on a tough mission: support Trump’s false claims of voter fraud while also urging the Republican base get out and vote. So, is it working? James Arkin explored, reporting from Savannah: “During a feverish weekend of campaigning on behalf of Sens. David Perdue and Kelly Loeffler … Georgia Republicans continued to indulge Trump’s untruths about the last election, while imploring their backers to show up for the next one. Continued GOP control of the Senate depends on voters getting that message.

“In interviews with more than two dozen voters in the state over the weekend, not a single person told POLITICO they thought Joe Biden won the election, despite two recounts in Georgia and elections being certified in enough states for him to be above 270 electoral college votes. … But all of the voters said they planned to vote again on Jan. 5, heeding calls from Trump, Pence and most every other Republican to show up again with the Senate majority hanging in the balance.” More: https://politi.co/37OIveU.

CABINET CONCERNS — Rep. Judy Chu (D-Calif.), chairwoman of the Congressional Asian Pacific American Caucus, is calling on Joe Biden to elevate Vivek Murthy — who was appointed to be surgeon general — to a Cabinet level position. She said “time is running out for President-elect Joe Biden to appoint a public health expert to his Cabinet.”

Yesterday, CAPAC held a call with Biden transition leaders. Here is what Rep. Grace Meng (D-N.Y.) had to say about the call: ”Spoke with members of President-elect @JoeBiden’s transition team on ensuring AAPIs are represented at the highest levels of his administration. Appreciate the progress we’ve made but more must be done. I look forward to our continued dialogue and partnership.” More from WaPo’s Amy B. Wang: https://wapo.st/3lWMCuH.

MEANWHILE … House Majority Whip Jim Clyburn (D-S.C.), who is close to Biden, said on MSNBC this morning that Rep. Marcia Fudge (D-Ohio) will be in Biden’s Cabinet. “It may not be at Agriculture,” he said, “but she will be nominated to be in the Cabinet.” 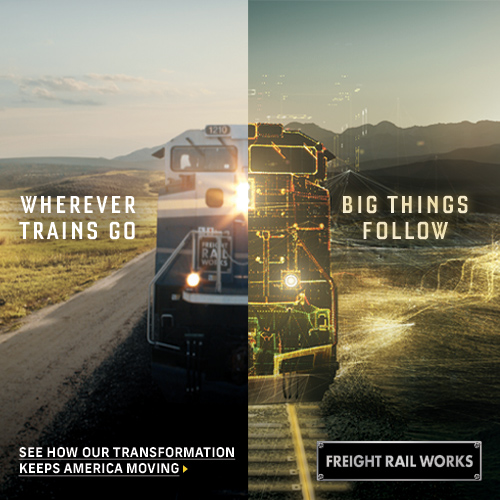 “The deadline is now Tuesday at 9 a.m. for Governor Tom Wolf’s administration to respond to Kelly’s lawsuit, according to U.S. Supreme Court Samuel Alito over the weekend. Alito oversees emergency requests that originate in Pennsylvania. Kelly (R) is among a group of petitioners claiming Pennsylvania’s 2019 voting reform bill, known as Act 77, is unconstitutional. Act 77 allows for no-excuse mail-in voting. Kelly is asking the U.S. Supreme Court is throw out more than 2.5 million mail-in votes cast in Pennsylvania ahead of and on the Nov. 3 election.” More: https://bit.ly/3qG8Owm.

A PICTURE’S WORTH A THOUSAND WORDS — The House Appropriations Committee unveiled a portrait of its outgoing chairwoman, Rep. Nita Lowey of New York, on Monday. “LEGACY: In recognition of her shattering glass ceilings and wielding the power of the purse, Chairwoman @NitaLowey’s historic portrait has joined those of her male predecessors on the walls of the @AppropsDems Committee Room,” House Appropriations Dems tweeted. The pic.

GET READY FOR INFRASTRUCTURE WEEK! — “Democrats Plan Return to Earmarks to Ease Way on Votes,” by Bloomberg’s Erik Wasson: https://bloom.bg/3mWn4iD.

Borden Hoskins is now associate VP of legislative affairs at the Mortgage Bankers Association. He most recently was a legislative assistant for Sen. Martha McSally (R-Ariz.).

The Senate meets at 10 a.m. to resume consideration of the nomination of Nathan A. Simington to be a member of the Federal Communications Commission. The Senate will vote on a motion to invoke cloture on the Simington nomination and then recess until 2:15 p.m.

The House Freedom Caucus will hold a press conference to “lay out the legislative strategy for the 117th Congress” at 4 p.m. on the House Triangle.

MONDAY’S WINNER: Madison Mangels was the first person to guess that at least a dozen U.S. presidents have been fluent in Latin, while James Garfield could reportedly write in Latin with one hand and Greek in the other at the same time.

TODAY’S QUESTION: From Madison: Which Senator holds the record for representing the most states? And how many states did they represent throughout their career? The first person to correctly guess gets a mention in the next edition of Huddle. Send your best guess to [email protected].

GET HUDDLE emailed to your phone each morning.

A message from Freight Rail Works:

The terabytes of data collected across the freight rail network each day are key to unlocking freight rail’s future potential. Using new technology like continuous rail inspection and advanced data algorithms, railroads are uncovering the insights needed to optimize nearly every aspect of the 140,000-mile network. The result? A 21st-century transportation solution that delivers a safer, greener, more prosperous future for America. Where trains go, big things follow. Learn more.

22 people rescued after roller coaster in Arizona gets stuck