Clusterfuck Nation
For your reading pleasure Mondays and Fridays

And thanks to all my Patrons for your support!

Friday night, the US Supreme Court booted the Texas case against the swing state election janksters, the citation of “standing” likely a cover story for another reason that isn’t strictly legal doctrine but rather a sentiment, namely, that a presidential election dispute belongs more properly in the elected House of Representatives than in the unelected SCOTUS — at least for now, with more cases probably coming at them. The justices didn’t explain their decision.

This wasn’t so with Bush v. Gore in 2000, by the way, but we are a different country now, one mired in institutional paralysis and failure, thanks to the bureaucratic “resistance.” Anyway, the Supremes wouldn’t hear the evidence of ballot fraud, nor has any state court yet, so ignore the plaintive cries from the seditionist news media that claims of gross election irregularities are “baseless.”

Today, Dec 14, the fifty state electoral college slates meet to cast their votes. This used to be significant back when a discernable consensus about reality existed across this land. But now that E pluribus unum has been replaced by anything goes and nothing matters, the more consequential action will be shifting offstage and backstage.

For instance, President Trump’s 2018 Executive Order 13848 requires the Director of National Intelligence (DNI), John Ratcliffe, to report forty-five days after the election on foreign election interference. That’s this Friday. What might Mr. Ratcliffe know? Well, supposedly everything. Except both the CIA and the FBI must be considered undependable now, with RussiaGate prankster Gina Haspel in charge of the CIA, and Christopher Wray slow-walking every requested declassified FBI document for years. So, Mr. Ratcliffe must be receiving more dependable intelligence from others, most likely Defense Intelligence.

Many readers may have heard about a supposed raid on the CIA cyber-warfare station in Frankfurt, Germany, and the seizure there of the Dominion computer servers by US Army special ops personnel. Forty-five days was probably enough time for Defense Intelligence to run forensic analysis on those servers, if, in fact, they existed and the raid actually happened. Standing by on that. We just don’t know. But if so, then Mr. Ratcliffe must have some results by now.

What nobody has asked is: in the first place, what on earth would the Dominion servers be doing in Frankfurt, outside the USA, in possession of the CIA? Is the CIA monitoring the vote tabulation… or assisting in it? This raises another question no one has addressed: Servers serve computer networks, which operate via the Internet. If Dominion vote tabulation machines all over America are not allowed to be hooked up to the Internet, how can they be a network? And why would they need a server? If I’m missing something there, please discuss in the comments section.

Which raises another question: Is there not sufficient evidence to see that the use of computers has completely screwed up our election process? Is this not a classic Joseph Tainter style quandary of overinvestments in complexity producing diminishing returns — which, when enough of them pile up, gets you to the collapse of civilizations? Are we going to allow further screw-ups by letting the State of Georgia conduct their January 5 senate run-off election on the same Dominion machines that they used on November 3?  Apparently, that’s exactly what Georgia intends to do.

All right, let’s return to next Friday’s report by DNI Ratcliffe. There’s a lot of talk of strange intersections between the Dominion company and foreign countries, starting with Dominion’s ownership being based in Canada (on the same floor of a Toronto office building as a George Soros-linked non-profit, the Make Way Foundation). Attorney Sidney Powell has current court cases alleging nefarious connections between Dominion, Venezuela, and China. (Note: nearly all of Venezuela’s oil exports go to China, and Iran has helped Venezuela develop capacity of its difficult-to-produce Orinoco oil sands.) Does Mr. Ratcliffe have the same information that Miz Powell has, and perhaps a whole lot more. Might China have any interest in favoring the election of Joe Biden over Donald Trump?

Well, plenty of evidence has already been made public that Joe Biden is a bought-and-paid-for asset of China — for example, a 2017 $5-milion unsecured, interest-free, forgivable loan from China’s intel service managed CEFC energy company advanced to son Hunter Biden’s Hudson West III front company, and emails stating how the split worked between Biden family members and a few outside partners. I would suppose that Mr. Ratcliffe knows a whole lot more detail about this and other Biden family business ventures in foreign lands, and that we may hear more about that on Friday — perhaps even a declaration that Joe Biden is a security threat to the USA and as such disqualified from holding high office. That would kind of throw a monkey wrench into America’s election proceedings, don’tcha think?  I can’t imagine that investigators have not been tracing the money trail through the various shell companies and laundromat banks that lead to Joe Biden’s own accounts.

What if the news media refuses to report on DNI Ratcliffe’s Friday report? I have an idea: We have an asset called National Public Radio, NPR. Lately, it has been a hostage to Democratic Wokesters who refuse to report news that is unfavorable to the Woke Democratic cause of destroying the republic. In fact, when the Biden family crime story broke in late October, NPR’s managing editor, Terrance Samuels, tweeted out: “We don’t want to waste our time on stories that are not really stories, and we don’t want to waste the listeners’ and readers’ time on stories that are just pure distractions.”  In a national emergency, perhaps President Trump might fire Terrance Samuels’s ass, along with the rest of NPRs top management, and use the network to bypass the seditious media and social networks to get actual news out to the American people? Just an idea. 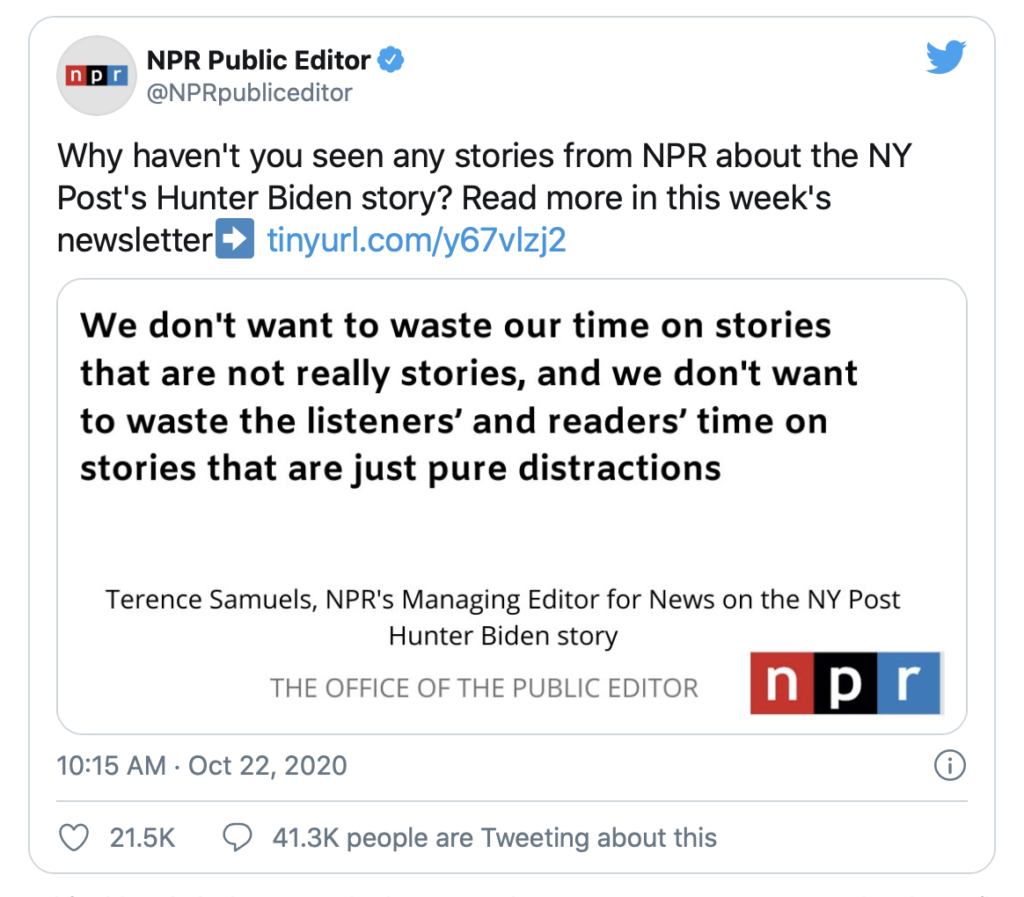 This blog is sponsored this week by McAlvany ICA. To learn more visit: //icagoldcompany.com/ 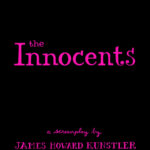 A Too-Big-To-Fail Bankster
Three Teenagers who bring him down
Gothic doings on a Connecticut Estate.
High velocity drama!