A mother was ‘pressured’ into having a caesarean as a result of her hospital’s ban on partners attending births due to its Covid restrictions – in spite of Government guidance.

Ally Watson, who gave birth to her daughter Alaia-Jayne four weeks ago, was told by hospital staff that she could have her partner with her only if she had a caesarean. Ms Watson wanted a natural birth but felt ‘scared’ to do it alone, and felt ‘backed into a corner’.

The operation, which had complications, saw Ms Watson lose two litres of blood and she will most likely now never be able to have a natural birth. The devastated 25-year-old said of her experience: ‘I now don’t want any more children.’ 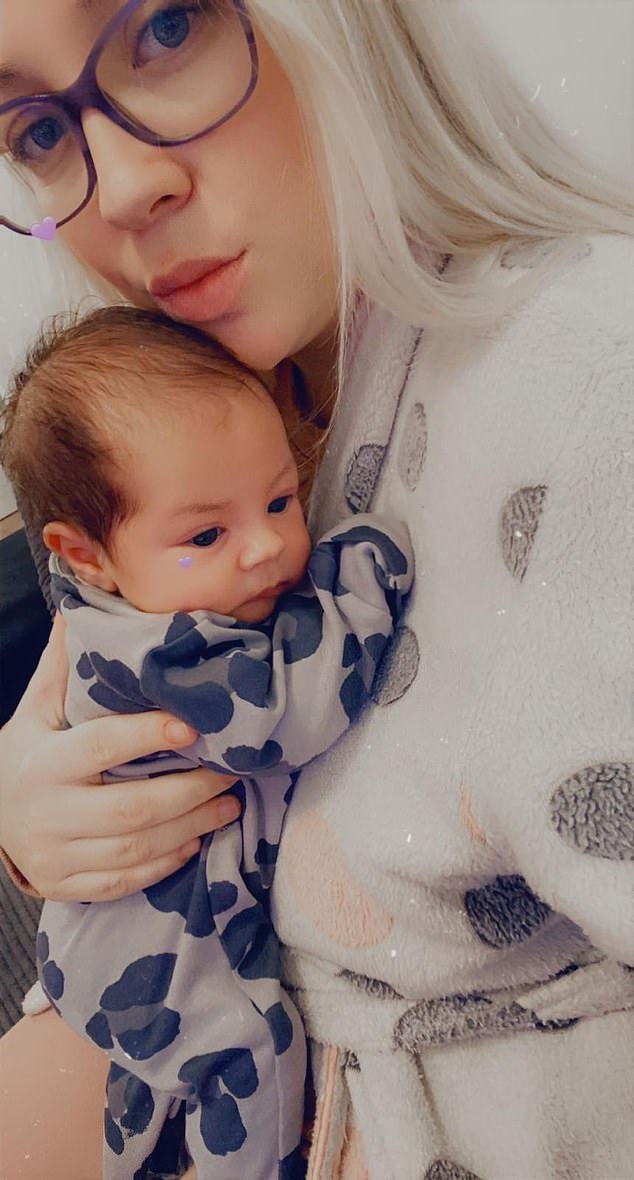 Ally Watson (pictured), who gave birth to her daughter Alaia-Jayne four weeks ago, was told by hospital staff that she could have her partner with her only if she had a caesarean

In a victory for The Mail on Sunday’s campaign to end lone births, NHS hospital Trusts were told to find ‘creative solutions’ to ensure women have support ‘at all stages’ of pregnancy and labour. However, campaigners expressed concern that Trusts were dragging their feet in adopting the new guidance.

Ms Watson said the new guidance was ‘too little too late’. She said her hopes were raised when Boris Johnson announced on October 31 that maternity wards would be prioritised for rapid Covid tests because ‘no woman should go through labour alone’.

Government guidance at that time also made clear partners should not be banned from wards or scans.

However, a month later Ms Watson found restrictions were still in place at the hospital where she was due to give birth, which told her it only offered tests for partners attending caesareans. Having had an emergency caesarean with her first-born son, Ms Watson had wanted a natural birth for her daughter. However, the added risk of her caesarean scar rupturing meant she did not want to go through it alone.

At 38-and-a-half weeks pregnant, Ms Watson’s baby’s movement reduced and she was told she had to schedule the birth. She was alone when she was presented with choosing between a caesarean with her partner there or being induced without him.

‘When I said I don’t want to be alone for the induction because that’s where something could go wrong, they said, “There’s nothing we can do about it.” I felt that there wasn’t a choice. My partner should be allowed to be involved in the whole birth from start to finish.’

She added that she was worried that if there was a problem and the baby had to go into intensive care there would be ‘no one there for her’, adding: ‘So for the benefit of the whole family, I had to make a decision that I wasn’t entirely comfortable with.’

Her partner was tested for Covid before being allowed into the operating theatre – something the hospital said it does not make available for natural births.

Joeli Brearley, founder of the Pregnant Then Screwed campaign group, said: ‘Women should not feel forced to have a specific type of birth just so they can get the support they deserve.’ 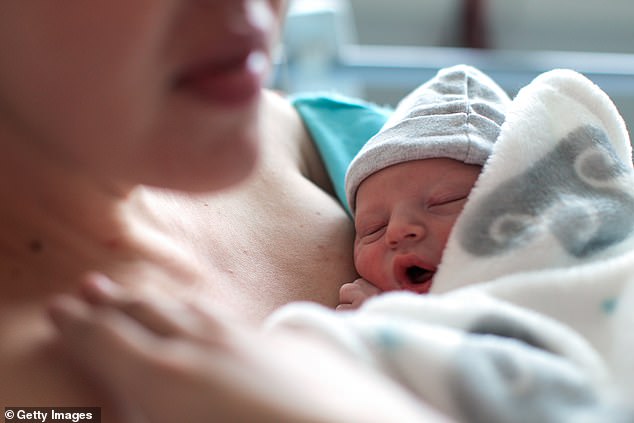 Nearly 2,500 women have given birth without any support since the start of October, according to a report last week from Pregnant Then Screwed (file image)

The new NHS guidance says partners are a ‘key component of safe and personalised maternity care’.

It states: ‘We are asking all trust boards to urgently complete any further action needed so that partners can accompany women to all appointments and throughout birth’ and added that this should be allowed ‘from the point of attendance’. It adds: ‘Support people are not “visitors” because they carry out a support role. This distinction is important.’ However, campaigners claimed a number of Trusts last week told pregnant women that they were not planning to change their policies and lift restrictions any time soon.

Tory MP Alicia Kearns, who has been campaigning on the issue, said: ‘After months calling for NHS England to issue clear guidance to NHS Trusts, I’m so relieved, but angry it has taken so long leaving too many women and their partners to suffer.

‘There is no excuse for women to be labouring alone, losing a baby with no support or finding out the worst news alone at a scan. These measures will keep clinicians safe and reduce the trauma of women across our country.’

Nearly 2,500 women have given birth without any support since the start of October, according to a report last week from Pregnant Then Screwed.

Last night NHS England dismissed concerns that some Trusts would not follow the new guidance. A spokesman said: ‘Guidance for maternity services already makes clear that women should have access to support from a partner at appointments at all stages of their maternity journey, and we have asked all Trusts to facilitate this as quickly as possible, with every Trust confirming they are doing so.’

OUTSIDE EDGE | Getting out to the slopes to ring in 2021

Retail lending by banks shrinks sequentially in November, up 10% YoY