Taiwan has set up a trade office in Guyana, officials announced on Thursday, a step the United States called a “milestone” as the island tries to push back against China’s campaign to keep it isolated.

Taipei said it signed an agreement with the South American country last month to set up the Taiwan Office.

“This milestone will benefit both partners and advance security, democratic values and prosperity in the region,” Julie Chung, acting assistant secretary of the State Department’s Bureau of Western Hemisphere Affairs, wrote on Twitter.

“Closer ties with Taiwan will advance cooperation and development in Guyana on the basis of shared democratic values, transparency, and mutual respect,” the US Embassy in Guyana said in a statement.

Only 15 countries officially recognise Taiwan over China, which sees the democratic, self-ruled island as part of its territory awaiting reunification, by force if needed.

Beijing has ramped up military pressure and snatched seven of Taiwan’s diplomatic allies since President Tsai Ing-wen came to power in 2016, as she refused to acknowledge its stance that the island belongs to “one China”.

China also keeps Taiwan locked out of international bodies such as the World Health Organization.

As a result, any successful move to expand or protect existing diplomatic relations is seen as a major win by Taipei and its biggest unofficial ally Washington.

Last year, Taiwan opened reciprocal offices with the de facto sovereign territory of Somaliland, a move that sparked an angry rebuke from China.

The office in Guyana initiated operations provisionally on January 15, according to Taiwan’s foreign ministry.

Guyana will enjoy similar conditions and privileges if it decides to set up an office in Taiwan, the ministry added. 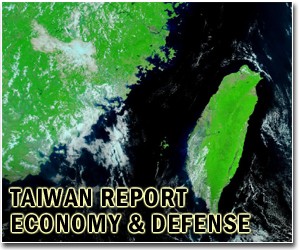 Chinese military exercises near Taiwan are a “solemn warning to external forces”, Beijing said Wednesday, after the new US government expressed strong support for the self-ruled island.

China views democratic Taiwan as part of its territory that must one day be reunified, by force if necessary, and the issue has quickly become a flashpoint for Joe Biden’s administration.

The State Department said over the weekend that US commitment to Taiwan was “rock-solid”, as Taipei reported multiple Chinese … read more

Cornwall reacts after being placed under tier 1 restrictions

An opinion article argued Jill Biden should drop the ‘Dr.’ Few were persuaded.