Another day, another dollar has long been the approach that Chastain’s corporate owners have taken with the hospital. In the wake of a pandemic that cut profits, Red Rock has decided to sell Chastain to real estate developers (eternally the villains). That devastating bit of information gets delivered at the end of three heart-stopping episodes that showcase what The Resident does best, which is everything. 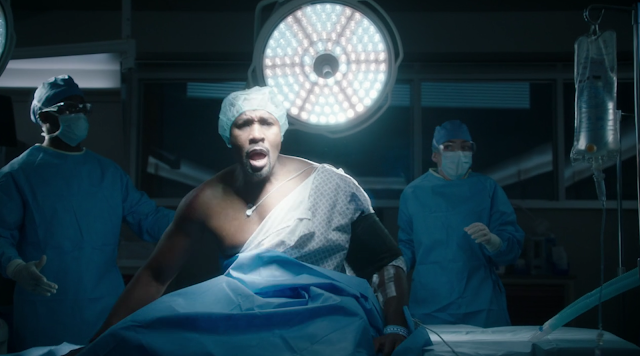 One of the patients Cain manipulated into undergoing surgery during COVID-19 ends up back in the ER with serious complications as a result. This comes as a surprise to none of the doctors, although Cain says the blame lies with the patient who understood the risks. (Cain almost seems to believe this himself!). Whether or not to report Cain becomes a well-executed tension point between Mina and AJ, who believes Cain may not be beyond redemption. Shortly thereafter, Cain nearly Derek Shepherds himself when he’s struck by a vehicle while helping victims of a multi-car accident. The Resident knows how to weave sympathy for its devils, and Cain faces losing his surgical career, while wondering which of the surgeons that might help save his life is testifying against him. In a truly jaw-dropping turn of events, Cain’s own residents decide to start cutting into him early on the operating table, because he always lets them start without him when he does surgeries. On any medical drama, we’re used to seeing people carved up, but he looks absolutely butchered when Voss arrives. His fate is uncertain. 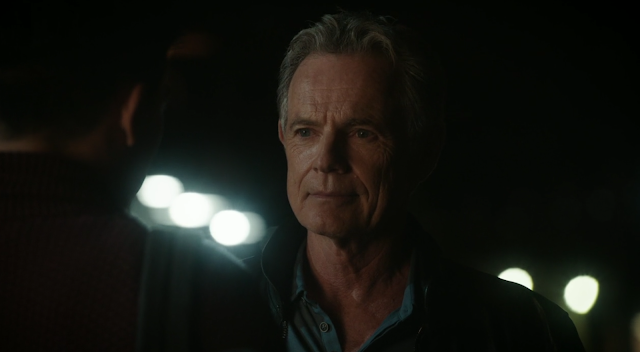 Bell winds up at the center of several exciting cases, including one that starts out as him seemingly having a stalker. He tries to keep Red Rock from selling Chastain by raising awareness of the hospital through letting a risky surgery be filmed. Mina casts shade heavily before realizing Bell’s true motives. The one-time primary antagonist of the show has undergone a very satisfying evolution, and it’s rewarding to see his redemption story paying off in new ways. Bruce Greenwood’s chemistry with Jane Leeves is still an utter delight; the show drops the rare breadcrumb here and there they may stir up their sparks. For the moment, Bell is more focused on the past as he considers reconnecting with a stepson he left behind years ago. Their reunion is tense. Now an adult, Dr. Jake Wong (Conrad Ricamora) is also a surgeon (and a musician), a plastic surgeon, something he declares a little too emphatically has nothing to do with the father figure he bonded with from ages 6-12. Jake will definitely end up at Chastain sooner rather than later. 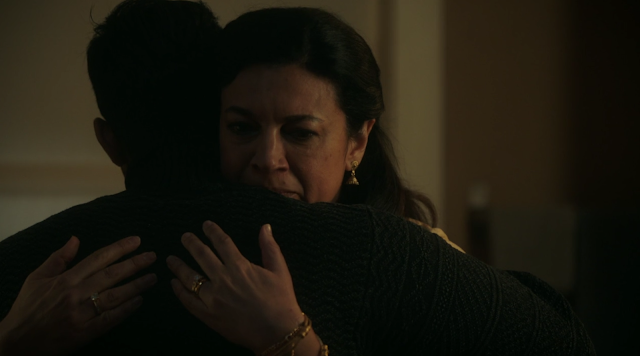 Elsewhere, the rest of Chastain’s staff handles grief, pregnancy, and even a proposal. Devon doesn’t know how to handle what he’s feeling after returning from his father’s memorial. He’s traumatized by the details, which he confides in Conrad, of speaking with his father’s doctor, how his father died in a hospital that simply didn’t have enough resources to take care of everyone who was sick. At one point, Devon approaches Nic to ask for medicine to help him sleep, saying his doctor is out of town. It’s uncomfortable for both of them, and she gives him a prescription for just three pills. The arrival of Devon’s mother Himaya to his absolutely filthy apartment sends him into a spiral, one that she at first seems unaware of as she keeps sending me pictures of prospective girlfriends/wives. He eventually lashes out at her for showing up, but she doesn’t let him off easy. Having to confront his pain at long last, Devon admits his feelings and that his black eye didn’t come from a psychotic patient (what he told her) or a bike accident (what he told Conrad) but a bar fight Devon provoked. He subsequently returns all three pills to Nic with an apology. 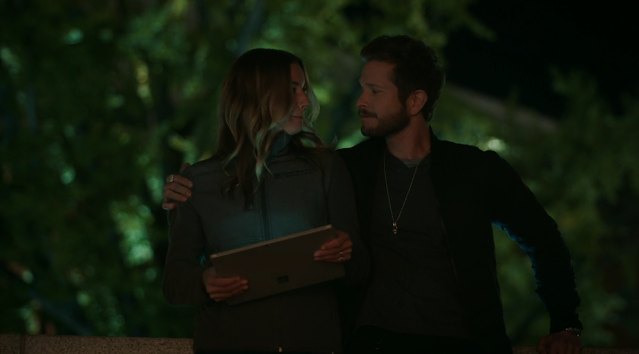 Nic and Conrad’s storyline is the one this reviewer is most queasy about. The promo for episode 4×05, Home Before Dark, reveals that Nic will be near-mortally injured and most likely lose her unborn baby girl. This story will bring her friend Billie (Jessica Lucas) onto the show to help support Nic in her recovery. The early episodes of the season revel in the joy of the newlyweds anticipating parenthood. Due to their previous miscarriage, Nic is hesitant to share their news, although her and Conrad admit they have jumped the gun and bought several pregnancy items already. They do share the news with their friends at the end of Moving On and Mother Hens, with an extended celebration scene that is too joyful to suggest anything but jeopardy and heartbreak are incoming. (Perhaps this is too cynical; a high-risk pregnancy could also raise the dramatic stakes, but I don’t see the show wanting to put its leading lady on bed rest). 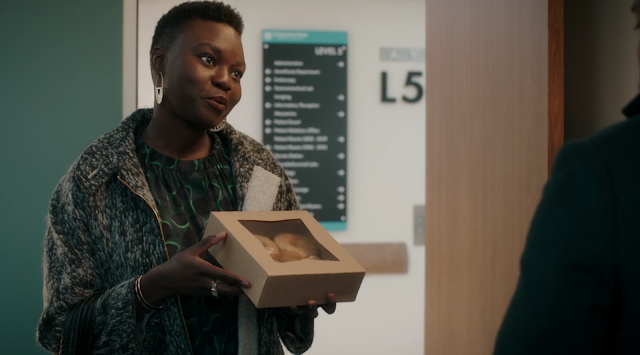 In more upbeat news, AJ and Mina’s relationship continues to sizzle delightfully as they turn up their flirt meter to 1000. The Resident has always been particularly excellent in carrying its couples past the will they/won’t they mark and still giving them that interpersonal suspense that comes from two passionate people learning how to blend their lives (the residents’ lounge is off limits to AJ, Mina declares). An adorable (and hot) breakfast food swap takes a surprise turn when Mina asks AJ to marry her because of troubles with her visa. He’s ready to do it in a heartbeat, though he teases Mina about not doing it properly. Nic encourages Mina to examine the decision closely, but ultimately Mina realizes that marrying AJ wouldn’t look good for visa purposes anyway, following so soon after her visa denial. However, the incident has made her realize that she is in love with AJ, and she tells him so. These two are too precious. 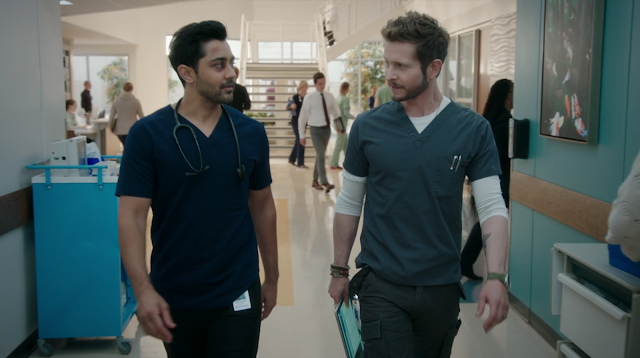 The Resident continues to focus on the rotating patient roster that comes to Chastain for help. One storyline involves a woman in the FBI’s witness protection program; her face on TV brings the boyfriend she had to leave behind to the hospital in search of her. (Everyone initially mistakes him for an assassin of sorts, but the two start a happy new chapter together). The ghost of COVID-19 lurks here and there, as the doctors wonder if it might be the cause of a complication or symptom in this or that patient. Other than that, it’s business as normal for the show, as the doctors and nurses race against time to diagnose and heal their patients. A true antagonist for the season has yet to emerge, though, but perhaps it will be the forces of change themselves.

The adidas Ultra Boost 6.0 For Women Launches On April 22nd