Novavax Inc’s experimental COVID-19 vaccine is safe and 96 percent effective at preventing infection, but possibly not against all variants, trial data shows.

On Thursday, the Gaithersburg, Maryland-based company released results from two clinical trials, one held in the UK and the other in South Africa.

Both countries have seen highly infectious variants crop up in recent months that have spread around the world.

Across both trials, the vaccine candidate, called NVX-CoV2373, demonstrated 100 percent protection against severe disease, including all hospitalization and death.

In the Phase III UK trial, the vaccine was found to be 96.4 percent effective against mild, moderate and severe disease caused by the original coronavirus strain.

It was also 86.3 percent effective against the variant frist identified in the UK, known as B.1.1.7.

But in South Africa’s mid-stage study, the Novavax shot was not as protective and was found to be just 55.3 percent effective its variant, which is called B.1.351. 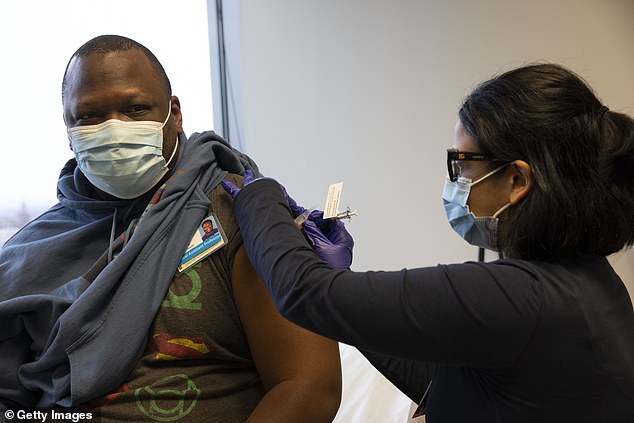 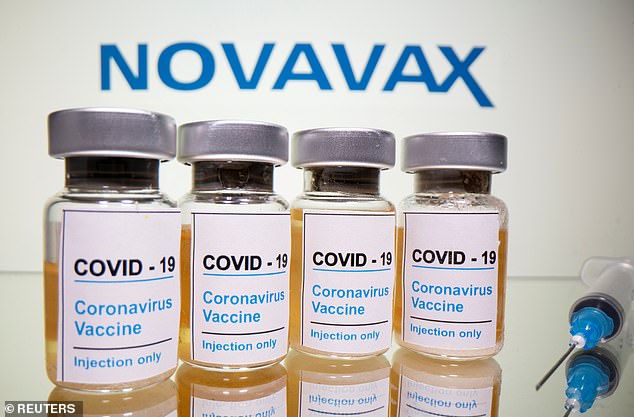 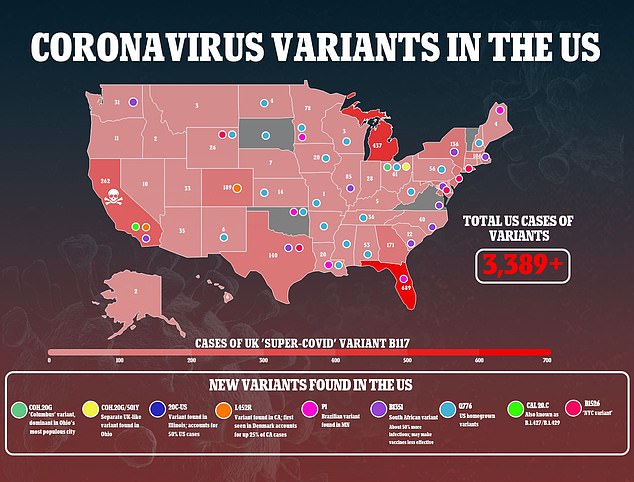 ‘We are very encouraged by the data showing that NVX-CoV2373 not only provided complete protection against the most severe forms of disease, but also dramatically reduced mild and moderate disease across both trials,’ said Stanley Erck, president and CEO of Novavax, in a press release.

‘Importantly, both studies confirmed efficacy against the variant strains.

‘Today marks one year since the WHO officially declared the COVID-19 pandemic, and with this data in hand, we are even more motivated to advance our vaccine as a potential weapon in the fight to end the suffering caused by COVID-19.’

Novavax, which has not produced a vaccine before, was one of six vaccine candidates to be given funding for research and development by the Trump’s administration’s Operation Warp Speed last summer.

However, no contracts were signed with the U.S. Department of Health and Human Services to supply doses of the vaccine.

Its shot contains synthesized pieces of the surface protein that the coronavirus uses to invade human cells.

The idea is that the protein will cause human cells to spur production of antibodies to fight the infection.

This technology is a more traditional method of administering vaccines compared to the newer technology in the Pfizer and Moderna vaccines that has never been used before.

The biotechnology company has been running trials in Britain, South Africa, the U.S. and Mexico.

In volunteers who were 65 year old or older, there were 10 cases of coronavirus, nine of which were among those who received the placebo. 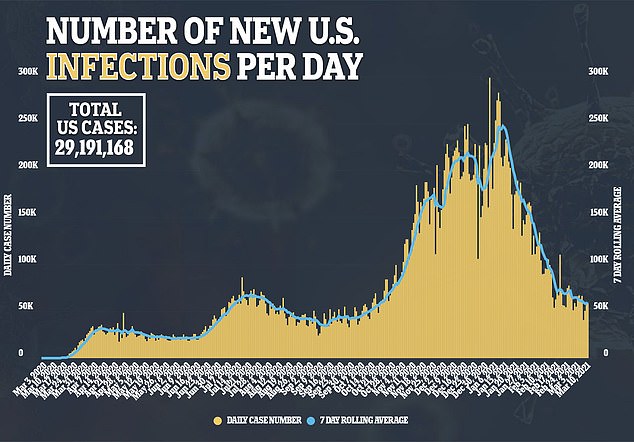 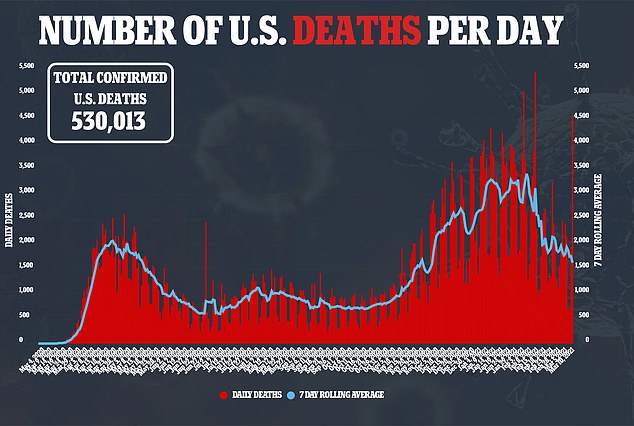 Researchers determined the vaccine was 96.4 percent effective against the original strain and 86.3 percent against the variant circulating in the UK.

However, the U.S.-based, late-stage trial did not begin until December after Novavax had issues in scaling up the vaccine’s manufacturing.

The news come less than two months after Novavax released data from an interim analysis shows.

At the time, the mid-stage study in South Africa found that the shot was just 49.3 percent effective against that country’s variant.

This is a breaking news story and will be updated.