By Shaun Wooller Health Correspondent For The Daily Mail

Doctors should stop using body mass index as a measure of health because it harms body image and contributes to ‘weight shaming’, MPs say.

The measure, calculated from weight and height, is used to categorise people as underweight, healthy weight, overweight or obese.

BMI is also used by the NHS to determine eligibility for weight loss or gain programmes. 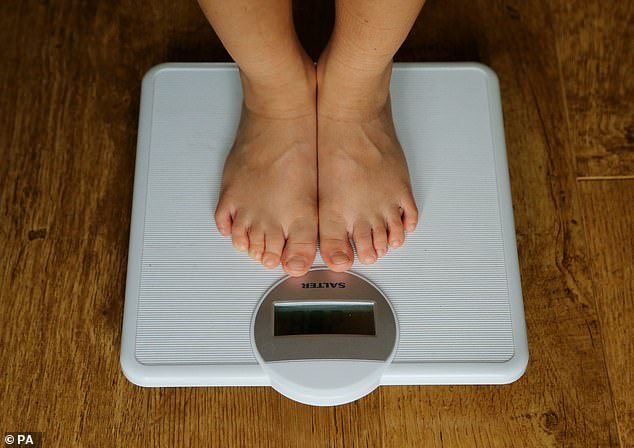 Doctors should stop using body mass index as a measure of health because it harms body image and contributes to ‘weight shaming’, MPs say

But a Commons women and equalities committee report warned the scale fuels eating disorders and stigmatises fat and skinny people. It started a row with anti-obesity campaigners who warned against ‘wrapping people in cotton wool’.

The MPs want medics to adopt a ‘health at every size’ approach focusing instead on diet and exercise. The report warned simply asking someone to step on scales can affect their mental health. The MPs also said firms should include more overweight people in adverts to be more inclusive, and want air-brushing to be banned.

The committee also suggested the Government’s ‘dangerous’ obesity strategy may make things worse, singling out plans to force restaurants to put calories on menus, which it said should be abandoned to avoid causing or worsening eating disorders. Committee chairman Caroline Nokes said: ‘We need to see urgent action. The use of BMI as a measure of healthy weight has become a kind of proxy or justification for weight shaming. This has to stop.’

But Tam Fry, of the National Obesity Forum, said: ‘People need to be told when they are overweight so they can do something about it. Failing to tackle the issue will only result in more cases of type two diabetes, cancer and heart disease. Wrapping people in cotton wool and not telling them their BMI will not protect them from bad news in the long term.’

He added: ‘BMI may not be the most precise measurement of ‘fat’ but it is the best… to describe the overall health of an individual.’

‘We understand that some people may find certain measures… triggering but if done sensitively, these are important tools to help people to live a more healthy life.’

The Department of Health said that NHS England ‘does not support the use of BMI thresholds’.