Prince Philip’s death has prompted an avalanche of anecdotes about the great man’s legendarily waspish tongue.

When I first met him, I didn’t even get to that stage before being brutally removed from his orbit. 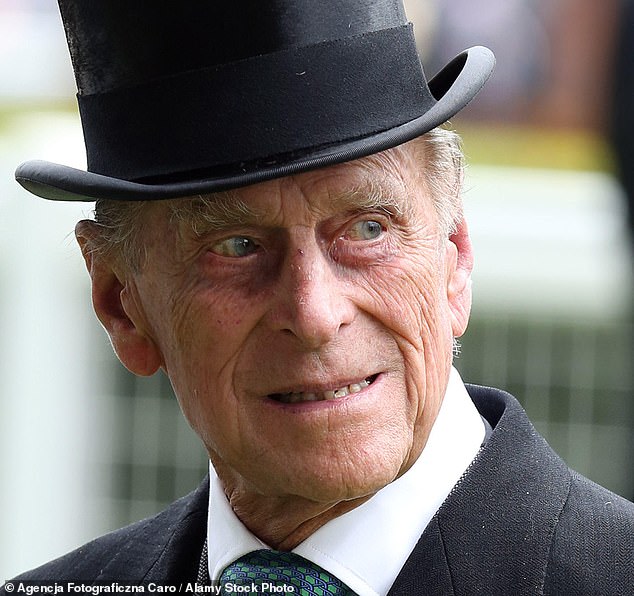 At the time, I was editor of the Daily Mirror, and I was standing with the editor of The Sun when Philip marched towards us, jut-jawed and steely-eyed.

He absolutely loathed the media, of any kind.

‘You have mosquitoes,’ he once told the matron of a hospital in the Caribbean, ‘I have the press.’

So, aware the room was full of annoying journalistic insects, he was on ferocious guard for any accidental collision with the enemy.

‘Who are you?’ he growled, suspiciously.

Philip visibly recoiled, checked my name badge, then glared at me like I’d just strangled his wife’s corgis, yanked away his hand and stomped off without saying another word, pausing a few yards on to glance back at me and say to another guest: ‘My God, you just can’t tell from the outside, can you?’

I didn’t blame him in the slightest for his incivility; I’d have behaved exactly the same way towards anyone who revelled in and profited from the lurid details of my own family’s lives.

Things didn’t improve much on the other occasion we met, at the Royal Variety Show in 2007 when the first winner of Britain’s Got Talent, mobile phone salesman Paul Potts, had performed as part of his prize – and Simon Cowell, Amanda Holden and I stood backstage with him to meet the royal VIPs.

The Queen was cordial, smiling broadly and shaking all our hands.

‘Did you enjoy Paul’s performance?’ I asked, breaching the ‘don’t say a word unless she does’ protocol.

Then came Philip, a man for whom the word cordial only ever applied to a drink mixer.

‘You’re judges, is that right?’ he asked, grasping my hand again, which thankfully meant he couldn’t remember who the hell I was.

‘So,’ he scoffed, peering at the three of us with undisguised scorn before pointing to Paul, ‘you lot sponge off him then?’

He had a way with words.

Politician Shirley Williams, who has also sadly died aged 90, was a lot more media-friendly than Prince Philip, but no less a charismatic firebrand, and she shared his get-on-with life philosophy.

‘There are hazards in anything one does,’ she once declared, ‘but there are greater hazards in doing nothing.’

We did Question Time together the day after the Iraq War began in March 2003, and it was one of the fieriest and highest-rated shows in the programme’s long history – notable for William Hague calling me a ‘Saddam apologist’ when I angrily attacked the disastrous illegal invasion.

Afterwards, Hague – who had returned to the back benches after an unsuccessful spell as Conservative leader – said it was liberating to have been released from the shackles of parroting party lines.

‘It was very nice this morning, when Conservative Central Office rang to give me my Question Time briefing notes, to say “No thanks. I’ll say what I really think,”’ he chuckled.

To which Shirley Williams responded: ‘Oh, I always do that anyway!’

She did, and that’s why she was a very rare kind of political animal – one who said what she really thought.

Many people were upset that I left Good Morning Britain, while many others were delighted.

I would certainly have parked Kirstie Allsopp in the latter category after she sealed our pandemic-related feud four months ago by announcing: ‘I’ll never say anything about him again. I won’t acknowledge him.’

In fact, I imagined Ms Allsopp performing a champagne-spraying conga on hearing the news, with the same glee that Cherie Blair once greeted my equally dramatic departure from the Mirror. 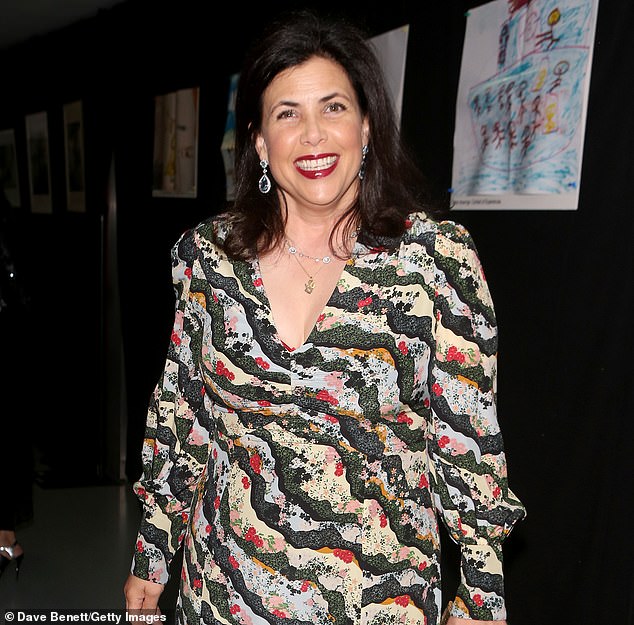 Many people were upset that I left Good Morning Britain, while many others were delighted. I would certainly have parked Kirstie Allsopp (above) in the latter category

(I was walking through Soho a few days later when a people carrier screeched to a halt, and Cherie popped her smirking head out of the window to ecstatically screech ‘WE’RE STILL CELEBRATING!’)

But it would appear Kirstie’s missing me more than she feels comfortable to confess.

When she tweeted a plea for ‘reporters to find their mojo and question Government’ about care home visits, a follower replied: ‘We need Piers Morgan back in the game…’

To which Kirstie replied: ‘Really, really hate to admit this, but I am beginning to feel this might be true. No one else seems to have the guts to really question things.’

In the past three days, it’s been announced that soldiers are banned from referring to each other as ‘lads’ in the British Army’s latest ‘gender equality drive’, the England and Wales Cricket Board wants the word ‘outs’ to replace ‘wickets’ to make the game more ‘accessible’, the Office for Students has demanded universities stop marking students down for poor spelling, grammar and punctuation in exams because it would be ‘elitist’, and the BBC’s diversity chief has said Luther ‘isn’t black enough to be real’ because ‘he doesn’t eat any Caribbean food’.

It’s probably just as well I’m not on the airwaves at the moment.

I don’t think my anti-woke spleen would survive.

Vicki Gunvalson: Steve Lodge is a Liar, a Cheater and a Fake Christian!

Vaccines rolling out to pharmacies in Ottawa, while gaps in coverage cause concern