The New South Wales deputy premier says he is proud of keeping businesses open and avoiding a lockdown for as long as possible.

John Barilaro stepped in to defend the state government after it announced on Saturday that Sydney, the Blue Mountains, Central Coast, and Wollongong would be plunged into a 14-day lockdown.

The lockdown is expected to cost the NSW economy $2 billion with thousands of businesses shut down and everyone stuck in their homes.

Mr Barilaro argued the city was kept open as long as possible, which was the right call for the state as it tried to avoid a lockdown. 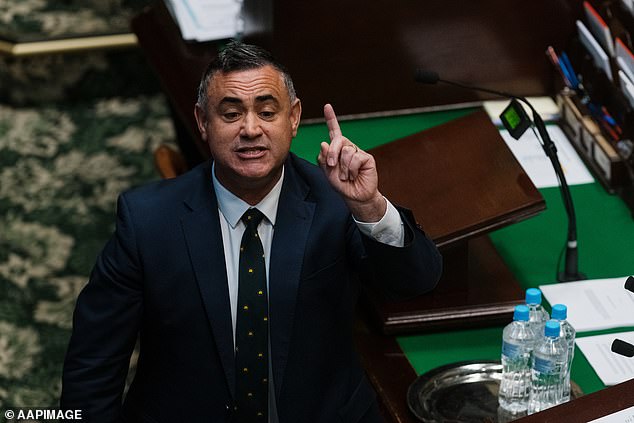 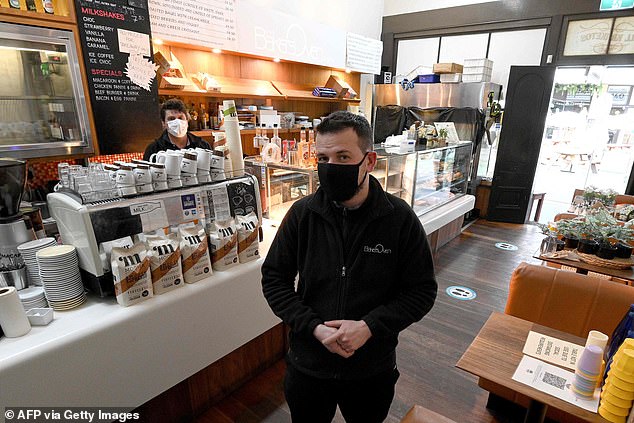 ‘We have kept business open as long as possible,’ he told Sky News. ‘We are proud of the work we have done.’

‘We know that the best thing for business is certainty. We are better off going into a sharp lockdown.

‘Industry leaders would rather a two-week lockdown than death by a thousand cuts (of snap lockdowns after just a few cases).’

The state government held a crisis cabinet meeting before deciding to place the city in lockdown.

Mr Barilaro said the decision was not made lightly and the repercussions of a lockdown were discussed in depth during the meeting.

‘We discussed whether seven days was sufficient but we know it takes 14 days to go through a cycle,’ he said.

‘We are confident about 14 days. The premier has left open that we will revisit it at the seven-day mark. But we want to be honest with the public. Be prepared for a two-week lockdown.’

Mr Barilaro said he was confident the two week lockdown would be long enough to beat the spread of the virus.

However, Premier Gladys Berejiklian and Chief Health Officer Kerry Chant both at Sunday’s press conference refused to rule out extending the lockdown.

Mr Barilaro stopped short of blaming the outbreak on the federal government and the slow vaccine rollout.

‘I think we are a victim or our own success for too long… so there has been a level of complacency in the community to get the vaccine,’ he said. 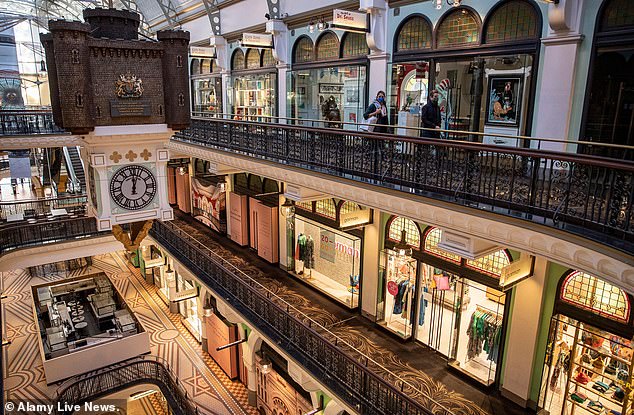 ‘We have kept business open as long as possible,’ Mr Barilaro said. ‘We are proud of the work we have done’ 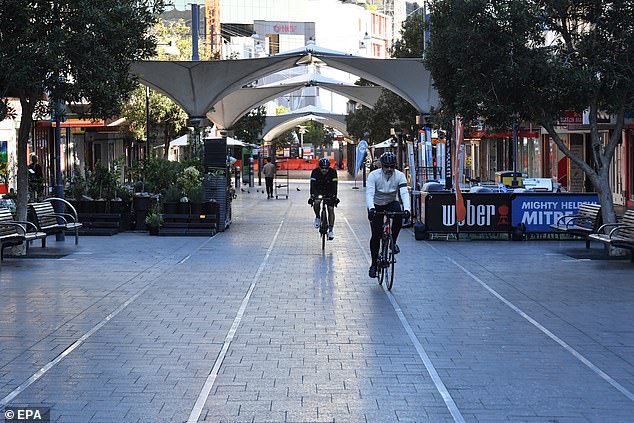 The decision to shut down the city was made as health authorities struggle to contain an outbreak of the highly-contagious Delta variant of Covid-19.

Some 112 cases have already been linked to the outbreak with some health experts warning that the lockdown should have been brought in sooner.

‘The horse has bolted, but the horse started bolting last week,’ she said.

Clinical epidemiologist Nancy Baxter added they would be surprised if lockdown was not extended beyond the July 9 end date.

Ms Berejiklian has previously warned of the aggressive nature of the variant.

‘The transmissibility is at least double [the] previous variants that we’ve seen. And unfortunately this variant is becoming the main variant,’ she said.

‘A few days ago I said this was the scariest time that I felt since the pandemic started and that’s proven to be the case.’

Police find body of missing teenager, 17, in the Peak District two days after she went missing