Grant Williams spent 23 years in prison serving a life sentence for a murder he did not commit. On Thursday, he was officially cleared of the crime after a judge vacated the conviction.

The murder of Shdell Lewis occurred on Good Friday in April 1996. Lewis and a friend were walking outside his home on Staten Island when they crossed paths with a man wearing a black jacket and a Wu-Tang Clan hat. The man opened fire on them and Lewis was hit several times. He later died at a hospital.

The gunman was chased by an officer, who later gave a physical description that didn’t match Williams, as reported by CBS New York. One lone eyewitness, however, identified Williams as the shooter. Despite the lack of forensic evidence or fingerprints to tie Williams to the crime, he was arrested within hours of the shooting. 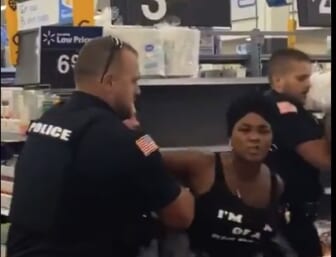 Williams was convicted in 1997 and sentenced to life in prison. He spent 23 years behind bars for a crime he did not commit.

“I had blacked out with the verdict. I couldn’t believe it,” said Cynthia Franklin, Williams’ mom.

While imprisoned, Williams earned his associate’s degree and started working on a bachelor’s. The Staten Island District Attorney’s Conviction Integrity Unit reopened his case in 2017 and discovered new evidence. A credible new witness came forward and investigations also confirmed Williams’ alibi.  As it turned out, he was working at the Wu-Tang Clan recording studio on the day of the shooting.

“He left, a part of me left…. So it was never really the same again,” said rapper Ghostface Killah.

“It’s enraging to read how the investigation unfolded and to see somebody who has lost decades of their life because police manufactured evidence and ignored and buried information that came to them that they had the wrong person,” said Vanessa Potkin, director of special litigation at the Innocence Project to the New York Times. “But cases like Mr. Williams’s are really common.”

The district attorney’s office noted that the investigation into Lewis’s death came at a time “when New York City was fraught with gang drug turf wars and the murder rate was in the thousands.”

“This case was pushed through as ‘solved’ within four hours and no further investigation or corroboration was sought thereafter,” the report said. “This was essentially a ‘one witness murder case.’” 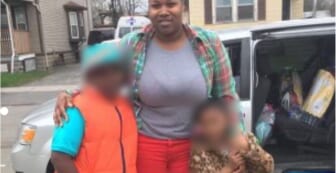 Williams said he does not hold a grudge for missing out on family milestones and watching his three children grow up.

“Cases like that of Mr. Williams and the factors that led to his wrongful conviction were ubiquitous in the 1990s,” Potkin said.

“I don’t never want nobody to be in that situation again. So I’m gonna educate as much people as I could,” Williams said about his future plans.

Williams, who was released from prison on parole in October 2019, never lost hope that his conviction would be overturned.

“I knew it was gonna happen. I never have up,” Williams said.

“You never know how much strength you have until it’s tested. I never lost strength,”  he added.

“I used to tell everybody in prison I’m innocent,” Williams said outside the courthouse this week. “They say, ‘Oh Williams, everybody says that.’ I said, ‘I’m telling you the truth. One day you’re gonna see me on the news and they’re gonna say that I was innocent,’ and today’s that day.”

Have you subscribed to theGrio’s “Dear Culture” podcast? Download our newest episodes now!

Harry Reid to GOP: “Be careful” about Iraq advice from Dick Cheney

Trump in Mar-a-Lago before critical week in Washington