The HSE ordered 2,200 ventilators at a cost of €81 million from different suppliers that it had not previously used.

However, only 465 were delivered from China and none of them were put to clinical use.

HSE chief executive Paul Reid defended the decision to source ventilators from companies not known to the health service, saying that early predictions feared that up to 40,000 people could potentially die from Covid-19.

Reid told the Oireachtas Public Accounts Committee (PAC) that a significant amount of the 81 million euro has been recuperated.

The committee hearing assessed the HSE’s procurement process and spending for last year.

The committee heard that the HSE was paying on average 28,000 euro for a ventilator before Covid, but the average cost from the new companies were 36,936 euro each.

Reid said: “We acknowledge we have significant work to do on our procurement processes overall.

“We all know that at the start of this we were dealing with harrowing images on our screen across the world.

“We know from an ICU perspective we don’t  benchmark strong by international comparisons with our ICU facility.

“We know from early predictions there were up to 40,000 deaths potentially.

“We have an outstanding amount of about 35 million.

“We are expecting imminently, a recovery of another 11 million.

“Some other costs have been recouped as part of PPE supplies.

“We are not letting up on some of this spend.” 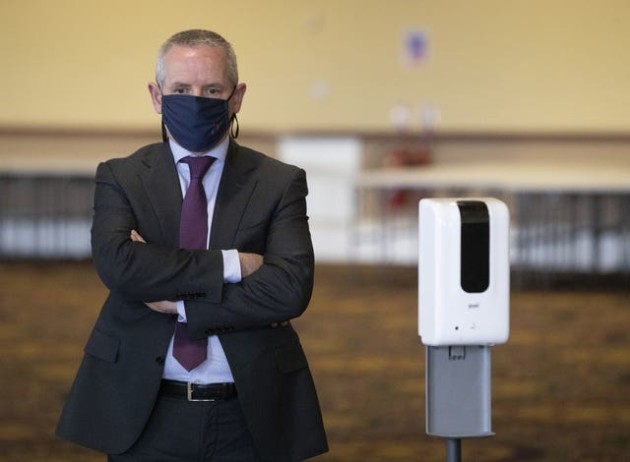 Sinn Féin TD Matt Carthy criticised some of the procurement decisions, saying there were “red flags” along the way.

He said he acknowledged that Covid presented “unique challenges” and the normal expectations did not apply.

“But it doesn’t mitigate the need for basic due diligence to be in place,” he added.

Stephen Mulvaney, chief financial officer of the HSE said the outstanding refund will stand at €23 million after it receives the €11 million.

Mulvaney told the committee they had “fully exhausted” their usual suppliers of ventilators and had to turn to new suppliers.

“When it came to the procurement of ventilators, the biggest risk we were managing was not having sufficient ventilators,” he added.

“It’s one thing to talk about what the criteria is today, but back then, looking at what we were potentially facing as a country we, and every country in the world, was seeking to procure ventilators.”

“We did take a risk based approach.

“This was not a normal market or a normal environment,” Reid added.

“What I wouldn’t stand for during that period, was any of our teams not taking quick and rapid action all on a risk-based approach.”

No news is bad news
Support The Journal


The committee was also told that of the 465 ventilators received, 365 of them have been donated to Irish Aid for use in India.

The remaining 100 ventilators are currently in storage in Ireland and will not be used in clinical settings.

Independent TD Verona Murphy said: “I understand it was an unprecedented time, what I don’t understand is trying to justify that mistakes were made and continuing with the same mistake.”

Fianna Fáil’s Paul McAuliffe criticised Murphy and Carthy over their questioning of the HSE representatives, describing it as “bizarre”.

“It was akin to two soldiers stepping out of the trenches as the smoke clears and told you did a great job, lads, sit down there now and we will tell you everything you did wrong,” he added.

“I’d far rather you take risks to improve public services and protect people’s lives than be looking over your shoulders at ‘gotcha’ moments at the PAC committee because I don’t believe that serves Ireland well.”

Reid also said that he was “immensely proud” of the commitment and the courage shown by staff during the pandemic.

“Any perception that the HSE is slow or reluctant to change has clearly been demonstrated not to be the case,” Reid said.

“Over 5,135 people have died in Ireland as a result of Covid-19 and that is a sobering statistic indeed.”

He told the committee that the HSE’s annual financial statements for 2020 record a final audited revenue income and expenditure surplus of more than €200 million.

A major element of HSE expenditure last year related to the sourcing of PPE supplies.

The HSE spent more than €900 million on PPE.